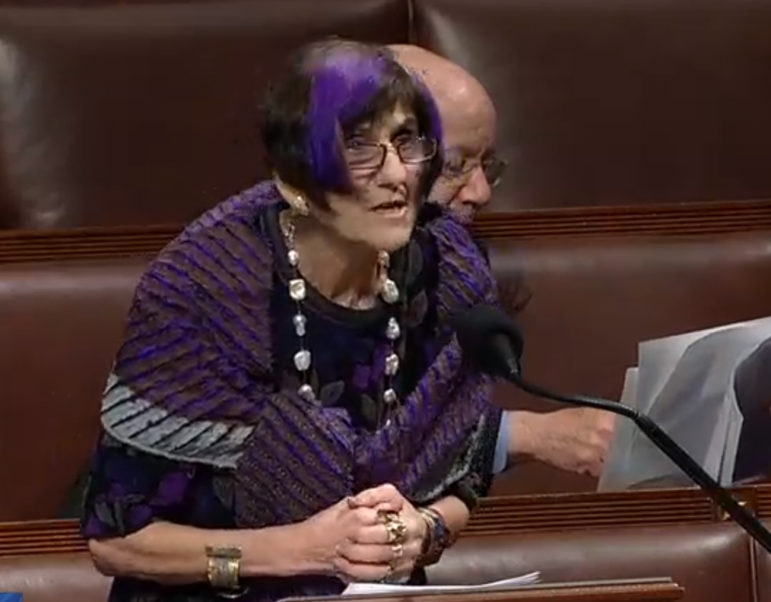 One of U.S. Rep. Rosa L. DeLauro’s first acts after winning election as the Appropriations Committee chair will be to convene an informational hearing next week on the Hyde Amendment, the ban on Medicaid spending for abortion regularly renewed by Congress since passage in 1976.

“I believe it is discriminatory policy, and it’s a longstanding issue of racial injustice,” DeLauro said in an interview Friday. “It’s routinely considered every year, but I think we are in a moment.”

DeLauro, the Democrat from New Haven and senior member of Connecticut’s congressional delegation, spoke a day after a 148-79 vote by the House Democratic caucus to make her one of the most influential women in Washington, D.C.

She will not formally  assume her new post until January. DeLauro is conducting the hearing on the Hyde Amendment in her current role as chair of the Appropriation subcommittee on Labor, Health and Human Services, Education, and Related Agencies.

Three of the witnesses at the virtual hearing will be advocates of abortion rights, including  Dr. Herminia Palaccio, the president of the Guttmacher Institute. The dissenting view will come from Christina Bennett, the communications director of the Family Institute of Connecticut.

After 30 years in Congress, the 77-year-old DeLauro is taking over the committee that determines how $1.3 trillion is apportioned, a task now complicated by a resurgent COVID-19 pandemic crushing the U.S. economy and stressing the social safety net.

Her election comes amid growing pressure on Senate Majority Leader Mitch McConnell, R-Ky., by members of his own caucus, as well as elected officials in red states hard-hit by the COVID recession, to move on another pandemic relief bill.

A new report from Moody’s Analytics says six of the seven states facing the biggest revenue losses are led by Republicans, including oil- and natural gas-producing states hurt by the decline in fuel taxes and consumption.

“The virus, we’ve got to get that under control,” DeLauro said. “We’re not going to get an economy under control unless the virus is under control. So, how are we going to move in that direction?”

House leaders gave members the green light to return to their districts for the weekend, but they are returning Monday, giving rise to vote on a plan next week.

President-elect Joseph R. Biden Jr. said in televised remarks Friday he was supporting passage of a $900 billion package that would provide aid to small businesses, unemployed workers facing a cessation of benefits, and $160 billion for state and local governments.

Governors like Gov. Ned Lamont are eager to see the federal government commit to transportation infrastructure.

DeLauro said infrastructure will be vitally important to the new administration, but she declined to outline her own spending priorities beyond a COVID relief package.

“I think it’s a moral imperative that we move as quickly as we can, because people are in desperate shape, hoping beyond hope to get some relief for their jobs and small businesses, which are collapsing,” she said. “Restaurants shutting down. The whole child care industry at great risk.”

DeLauro said there is support for her desire to restore some form of earmarked federal spending for local projects. She called earmarks an opportunity for “non-profits, state and local government” to make a case for spending priorities “that are community-based.”

A return to earmarks would put DeLauro in a position to green-light specific transportation projects that now rely on funding predominantly distributed through formulas for highways, aviation and rail.

Metro-North, the commuter rail lifeline between New York City and New Haven and Fairfield counties, is in desperate need of funds with ridership down during the pandemic. Regional airports like Bradley International also are financially stressed.

As the Congressional Research Service said in a report earlier this year, “A major attraction of transportation earmarks to Members is that they provide specific, identifiable benefits for constituents.”

But it warned that a downside is that the earmarks often go unused because they are insufficient and state or local governments are unable or unwilling to provide matching funds.

Expectations are likely to be high about what DeLauro can deliver to Connecticut. Research in higher education relies heavily on federal funding, and she can expect to hear from Yale, UConn and other universities.

“It allows me to look at investments in life-saving research,” she said.

In fact, everything and anything that costs money is relevant to the Appropriations Committee.

“Appropriations is always about responding to the needs of the American people,” DeLauro said. “It’s every aspect of people’s lives that are engaged in the appropriations process. It’s the air we breathe, it’s the water we drink.”