Lamont will not delay payroll deductions for paid family leave 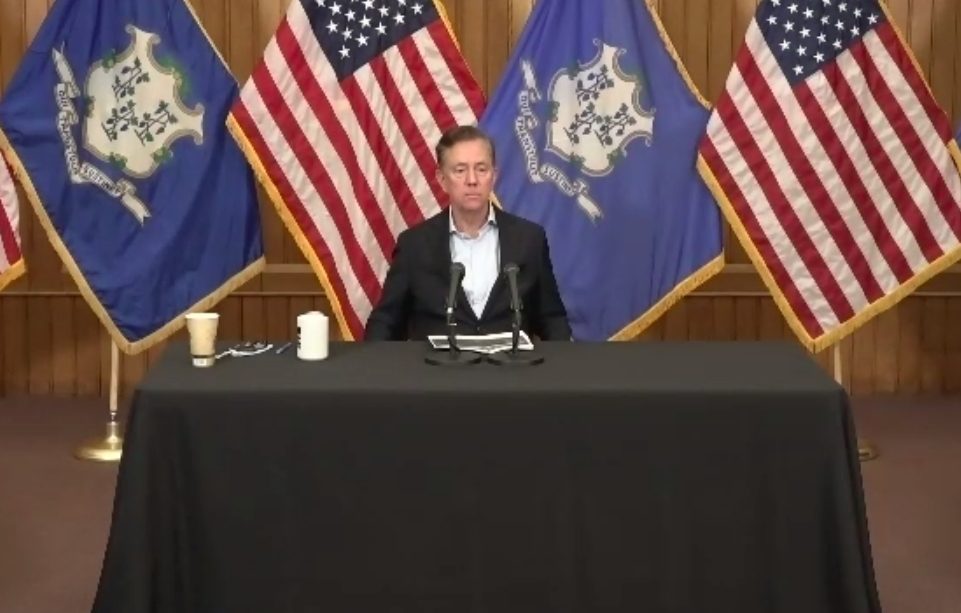 Gov. Ned Lamont said Wednesday that the COVID-19 pandemic has underscored the need for Connecticut’s coming paid family and medical leave program and is no reason to delay its implementation.

“I think we’ve learned over the course of the last nine and a half months in COVID that, surely, paid medical leave makes so much sense,” Lamont said. “Because otherwise, people show up to work sick. And that’s the last thing you want, especially in this time.”

The new program, however, offers no pandemic relief.

Rep. Vincent J. Candelora, R-North Branford, who will lead the GOP minority in the coming session, has called for the state to delay the payroll deductions for 90 days, giving restaurant workers and others who have lost income a small respite.

“I don’t think it’s unreasonable to try to get us through this pandemic,” Candelora said.

After Democratic gains in the 2018 election, the Paid Family and Medical Leave law was adopted by the Democratic-controlled General Assembly in 2019 on a largely party-line vote, with Republicans uniformly opposed. The votes were 79-69 in the House and 21-15 in the Senate.

It is structured as a disability insurance program, supported by mandatory payroll contributions, primarily in the private sector. Unionized state employees are exempt, though they and other unionized public-sector workers can negotiate for inclusion.

The full year of collections before benefit payments is intended to create an actuarially sound trust fund backing the program.

Andrea Barton Reeves, the chief executive officer of the quasi-public authority administering the program, said the state’s estimated 100,000 businesses are responsible for collecting the payroll tax and remitting the funds quarterly to the authority.

“Businesses are strongly encouraged to begin withholding as early in January as possible,“ Barton Reeves said. “Falling behind in withholdings could result in employers being responsible for making contributions themselves, as employment laws limit taking additional money from employee paychecks to make up for missed contributions.”

About 10,000 businesses had registered with the authority as of Dec. 15.

The paid-leave program will pay up to 12 weeks of wage replacement for workers who take extended leaves for a personal illness or to care for a family member or other loved one.

Benefits will be reduced if the authority trust fund is insufficient.

Josh Geballe, who serves as chair of the authority board as the commissioner of administrative services, said Wednesday that a new review concluded that the increase in unemployment due to the pandemic has not significantly changed the projected income to the authority.

“And all of the analysis so far continues to confirm that the solvency of the authority and financial model should be sound, even despite the stresses that are being experienced across the state in the nation economically right now,” Geballe said. “So we’re optimistic headed into the start of the program.”

Lamont spoke to reporters at his last COVID briefing of 2020. Hospitalizations remained stable, but the state reported 1,696 new cases for a positivity rate of 9.14% and 40 additional deaths.

COVID restrictions that remain in place, meaning restaurants must close by 10 p.m. on New Year’s Eve.

Lamont, who ordered a state of emergency in March, noted how advice has changed over the nine months of the pandemic. At the start, masks were not seen as effective; today, they are recommended by public-health officials worldwide.

“We’ve learned a lot since those days. Some have learned faster than others. I’m really proud of Connecticut. We’ve learned fast. We also know that not only does the mask make all the difference in the world, we also are warned about informal social interactions,” Lamont said.

“I don’t want to be a killjoy. But next New Year’s Eve could be a really big show if we’re really cautious this time around,” Lamont said. “I really urge you to err on the side of caution just a little bit longer.” 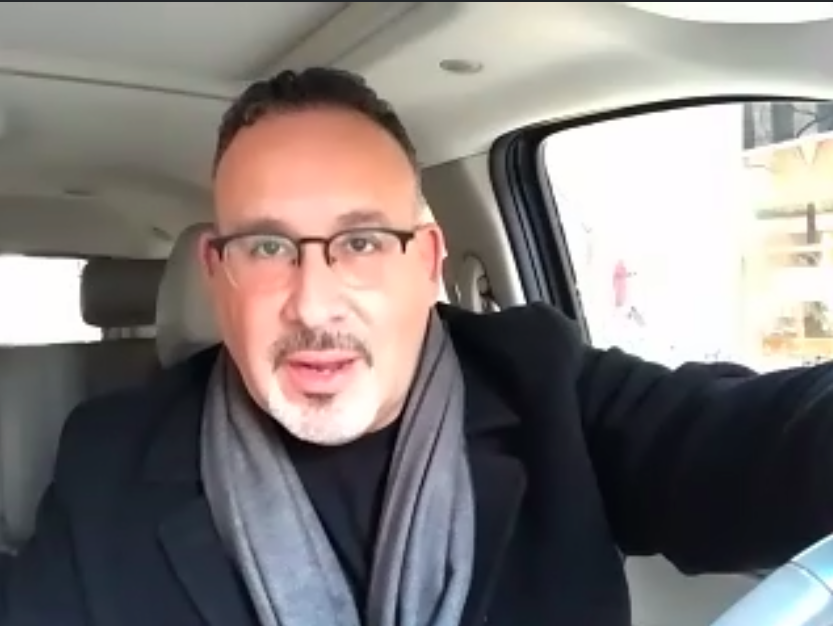 State Education Commissioner Miguel Cardona, who is the president-elect’s choice as U.S. education secretary, made a cameo appearance at the briefing. He is on the road.