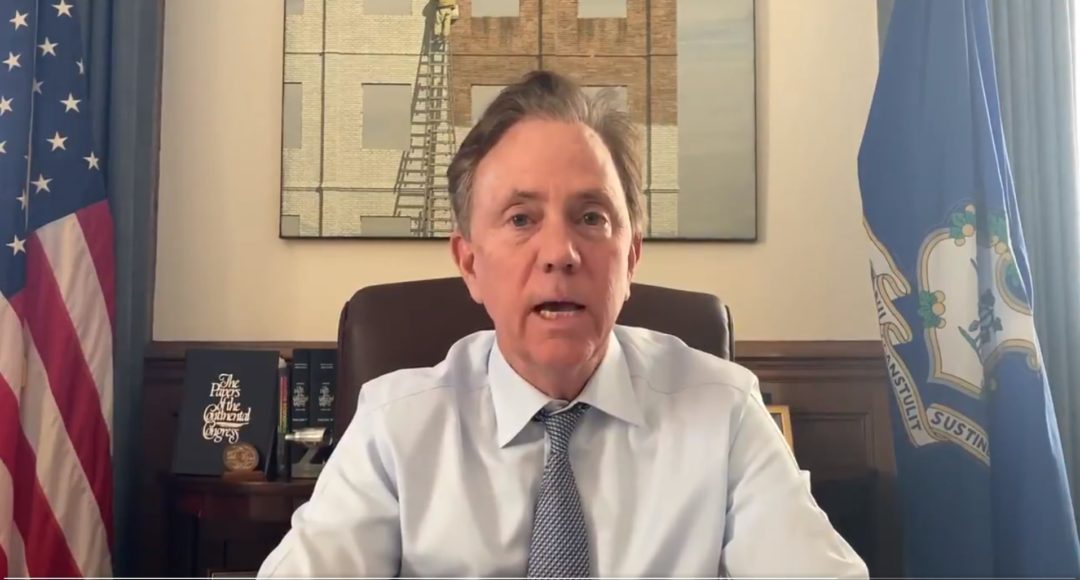 Wednesday was supposed to be a day for Connecticut’s political leaders to celebrate the start of a new legislative session, swear in new members of the General Assembly and look forward to a 2021 that, everyone hoped, would be markedly different from 2020.

But then a mob of Donald Trump’s supporters stormed the nation’s Capitol — breaking windows, looting offices and parading through its corridors carrying the Confederate flag while a horrified nation watched — and Connecticut’s issues suddenly seemed secondary.

As the day wore on, elected officials from around the state denounced the rioting in the U.S. Capitol on Wednesday — even those who previously had refused to comment on Trump’s attempts to overturn the results of the November election.

Below are a sampling of reactions from across the political spectrum:

Gov. Ned Lamont reacted quickly to the unfolding drama, tweeting out a video in which he said, “Mr. President, words have consequences, and your angry words have dangerous consequences. We’re looking at the TV right now. Demand that your agitators stand down, and respect the peaceful transfer of power.” 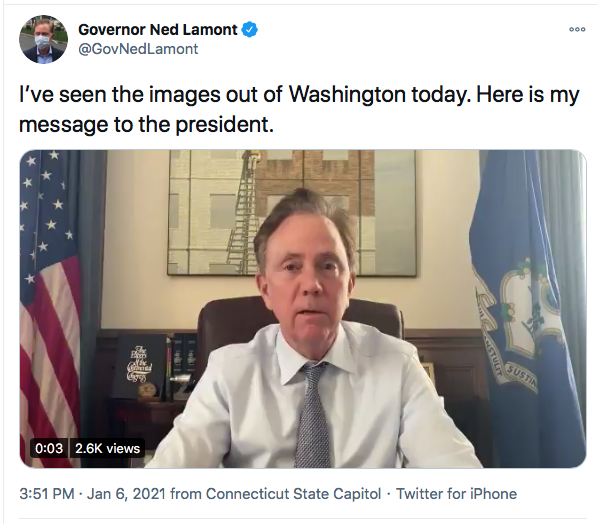 Republican Bob Stefanowski, who lost to Lamont in 2018 and is considering another run, had a day earlier refused to comment on Trump’s attempts to overturn the election results. Wednesday, he took to Twitter to condemn the attack on the Capitol but stopped short of blaming Trump. 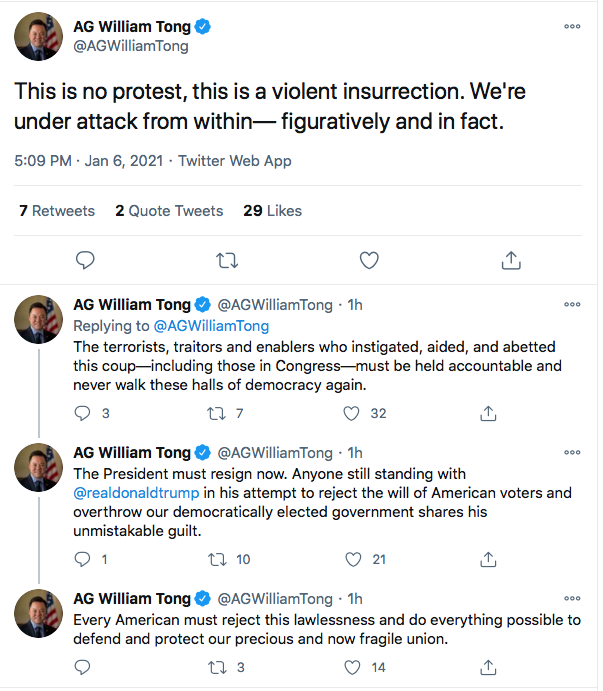 Themis Klarides, former House Republican Leader and a potential GOP contender for governor in 2022, laid the blame squarely on Trump.

After declaring on Tuesday that what Trump was doing was not unusual because Democrats have been doing “it for years,” CT GOP Chair J. R. Romano acknowledged Wednesday that his party was being harmed by the president’s supporters — while not naming Trump himself. 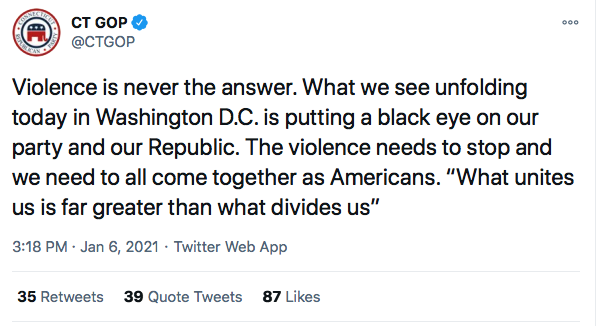 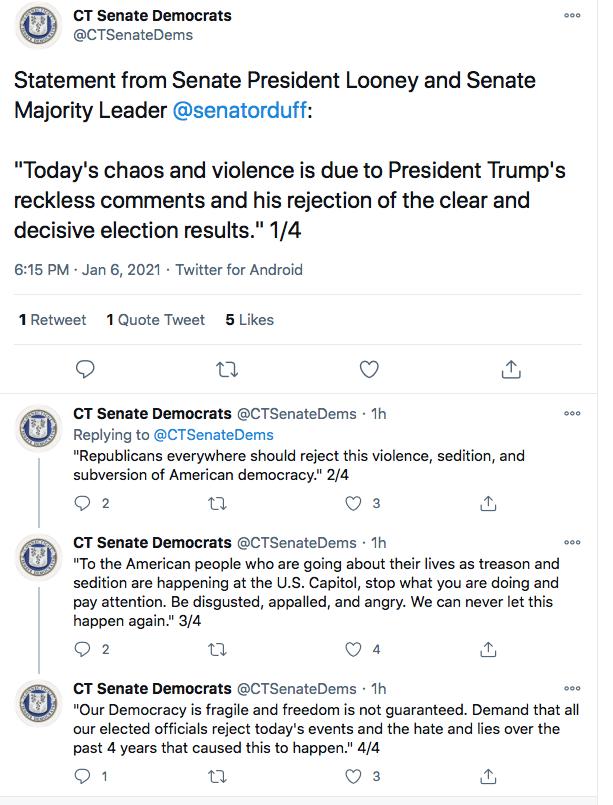 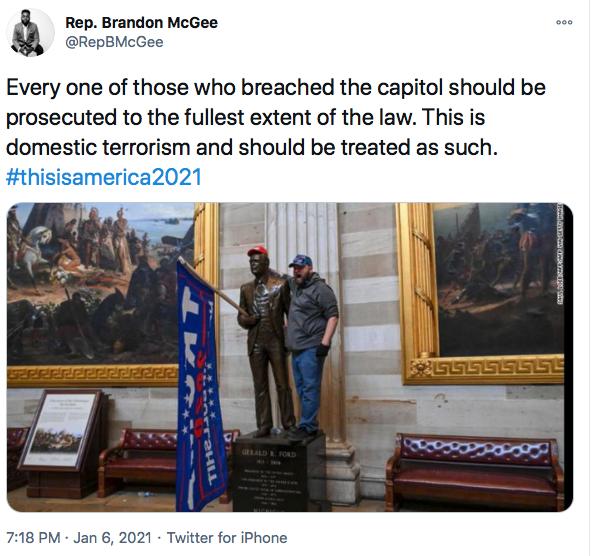