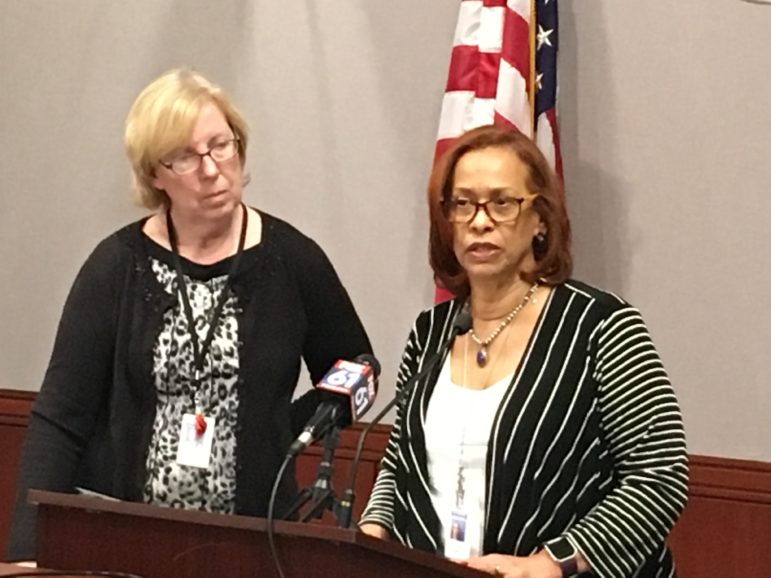 While the rosy revenue projections have drawn a lot of attention recently, another factor — savings — is pumping hundreds of millions of dollars into Connecticut’s coffers.

Gov. Ned Lamont’s administration expects to spend about $630 million less than legislators authorized, an amount nearly matching the cost of the state’s entire prison system and one-third of the state budget reserve.

And while this massive savings is driven largely by federal coronavirus relief — covering costs Connecticut normally pays for itself —key lawmakers are questioning whether the state should be redirecting its own dollars, rather than saving them, to meet other pandemic-related needs.

“We have people that don’t have employment,” said Rep. Toni E. Walker, D-New Haven, co-chairwoman of the Appropriations Committee. “We have people that are food insecure. We have schools that cannot do in-person learning. We have a myriad of problems that have evolved … and we have not addressed them.”

About two-thirds of the extra $630 million Lamont expects to save this fiscal year involves enhanced federal reimbursements for Medicaid services. The remainder largely involves state programs or services that had to be curtailed for health and safety reasons.

Melissa McCaw, Lamont’s budget director, said the administration also is using these federal resources to maintain a robust COVID-19 testing program and to ramp up vaccinations against the virus.

The administration has spent nearly all of the $1.4 billion in federal Coronavirus Relief Funds awarded to Connecticut, dividing it among nursing homes, municipalities and local school districts, nonprofit social services, small businesses and state agencies.

“The anticipated [savings] are allowing our state to continue its strong record of mitigating the harms of this pandemic and prepare for what is next,” she added.

But it’s also helping Connecticut’s coffers to swell when many other states are grappling with huge deficits.

The Office of Policy and Management, Lamont’s chief fiscal and policy planning agency, reported a $138 million surplus Wednesday. It’s a modest figure at first glance, representing about two-thirds of 1% of the General Fund.

But it’s stunning for several reasons.

First, Connecticut was bracing just a few days ago for a $640 million deficit until analysts dramatically increased projections for tax receipts.

Second, the true surplus is really much larger.

Another mechanism within state finances forces the state to save tax receipts tied to capital gains and other investment earnings — and the recent growth in this area has been particularly robust.  Connecticut has another $355 million stored away in this piggy bank that isn’t even counted as part of the $138 million surplus projection.

All told, that’s almost $500 million headed for the budget reserve, commonly known as the rainy day fund, after the fiscal year ends on June 30.

And because Connecticut’s reserve is already at its legal maximum at 15% of the General Fund, or nearly $3.1 billion, that means all of this year’s bonus is headed for the state’s cash-starved pension funds.

But they don’t have to go there. Most of the rules mandating this savings process were enacted as part of a bipartisan compromise in late 2017 following a nine-month budget debate. The provision that mandates saving a portion of investment-related tax receipts can be modified with a 60% vote of the House and Senate.

And Walker and Sen. Cathy Osten, D-Sprague, the Appropriations Committee’s other co-chair, say there are other crises tied to the pandemic that haven’t been fully addressed.

Legislators need at least to study the pandemic’s impact on two key program areas: social services for the disabled and poor, and the state’s community college system, Osten said.

“I think we should be having a discussion” about these groups’ funding needs, she said, adding the community college system is vital for helping the state’s economy climb out of the current recession. Connecticut still has about 190,000 residents receiving weekly unemployment benefits.

“It’s very clear to me that we’re going to have to be rebuilding and repurposing people’s jobs [skills,]” she said. “We can’t just ignore that.”

Connecticut’s public colleges and universities all face major deficits due in large part to the coronavirus, which has boosted costs while weakening revenue from tuition and room and board fees.

The Board of Regents for Higher Education, which oversees the community colleges and the regional state university system, is trying to cover a $45 million shortfall.

The University of Connecticut faced a $76 million gap when this fiscal year began in July but shrank it to $8 million with hiring freezes, pay cuts, furlough days and cost-saving measures — and $20 million in federal coronavirus relief aid funneled its way via the state.

Both the regents and the UConn trustees also have warned legislators of major deficit projections for their systems for the next two fiscal years.

She and Osten also want to increase assistance to the small, nonprofit agencies that deliver the bulk of state-sponsored social services.

Nonprofit leaders say their industry has lost millions of dollars since the pandemic began, due not only to increased safety and cleaning costs but also lost revenues from programs that were scaled back or shut down entirely for health and safety reasons.