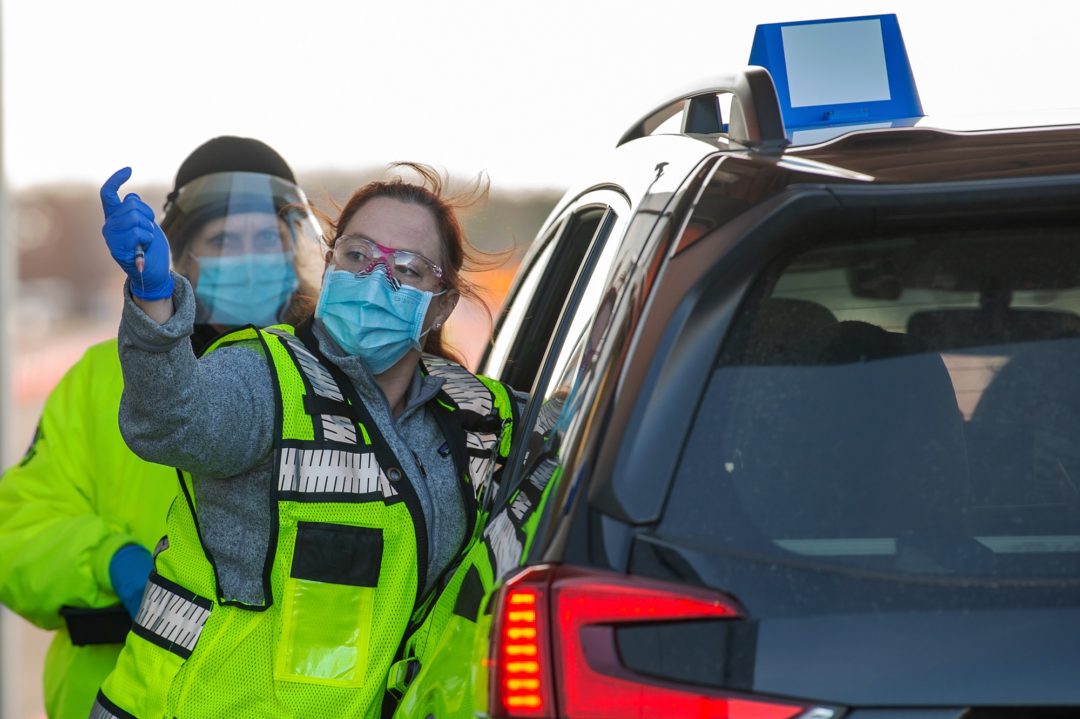 A health care worker with Community Health Center, Inc. prepares to give the Pfizer vaccine to a client at Connecticut’s largest drive-through vaccination clinic. The 10-lane clinic opened Jan. 18 at the former Pratt & Whitney airport in East Hartford.

In its first week, the sprawling vaccine operation now underway at the former Pratt & Whitney airport in East Hartford had inoculated more than 2,800 Connecticut residents against the deadly coronavirus. Its organizers have lofty plans to accelerate the program as the state directs more people to that site for appointments.

But even as the effort gathers momentum and other mass vaccination sites are planned, there is no formal plan to pay for it. No contracts have been signed, and organizer Mark Masselli said he is relying on the word of state officials that payment will come later.

Masselli, founder of Community Health Center Inc., said he still is unsure how much the massive undertaking  will cost, and he has not yet been reimbursed for any of the costs. The company is a major player in the state’s vaccination plans. It is expected to run large vaccination clinics across the state while also conducting mobile immunization centers, including one at Heritage Village in Southbury, the state’s largest elderly housing complex.

“I’m building a railroad station, but the rail line hasn’t been laid,” he said, referring to the uncertainty surrounding expenses and supply of vaccines for the East Hartford site. “I think we always worry about the cost structure. The state – they’re still working through it. I don’t think they’ve addressed this as they did on the testing side. And I think it’s a little more complicated than they think.” 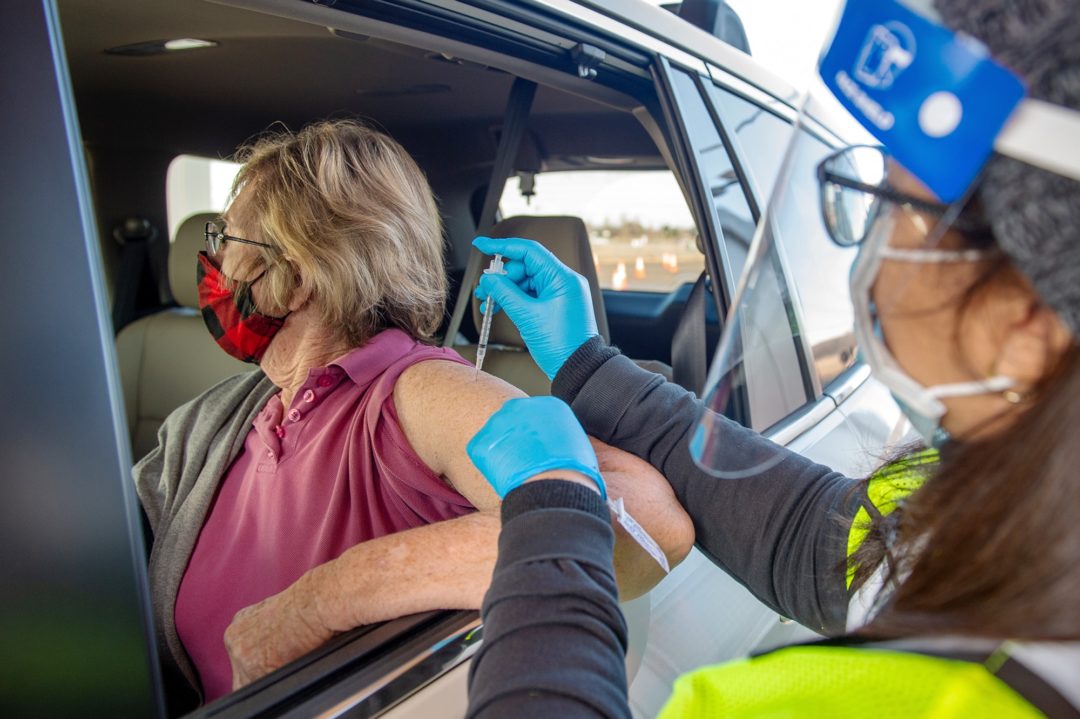 Connie French, of Vernon, turns her head away as Community Health Centers worker Nadya Gonzalez gives her the first dose of the Pfizer COVID-19 vaccine.

Masselli said he got a call earlier in January about the prospect of a drive-through COVID vaccine site in East Hartford. Inspired, his group sprang into action, assembling the operation in just a week. A few doses were given out during a test run on Jan. 17, and the site opened for its first slate of appointments the next day. By Friday, it had 10 lanes open and had administered 2,880 doses of the vaccine to seniors 75 and older, and to frontline health care workers and first responders.

“The state came to us and said, ‘Can you set this up?’” Masselli recalled. “It was our call to move forward. We think the state has been a good partner. And I’d rather be in the position of having done it and worrying about the cost than not having done it.”

But a week in, there still is no resolution on when Community Health Center will see funding for the effort — or an agreement on how much it will receive.

“Of course we’re worried about how we’re going to be reimbursed for it. We built a little village there,” he said. “There was no power; there was no water. We’re in the middle of a godforsaken airport. So all of those things had costs. And my sense is the state can be a good partner. We’re going to just have to work through some things.”

State officials say the vaccine rollout is similar to the mass testing plans and hunt for protective equipment that happened in the spring, when Connecticut pressed ahead with setting up testing sites before securing funding or made deals with private companies for gear like masks and gloves out of China.

“This is what vaccine distribution looks like in a high demand pandemic,” said Maura Fitzgerald, a spokeswoman for the state’s Department of Public Health.

“Our strategy is to work with experienced partners, with existing testing and vaccination infrastructure, who know how to move quickly to organize sites and procedures to vaccinate our residents as soon as possible,” she said. “Hospitals, local health and [federally qualified health centers] have responded to this call. We are grateful for their willingness to step up and begin this effort, and the federal dollars Connecticut is slated to receive are designed to help with some of these expenses.”

One of those partners has been Community Health Center, along with many hospital systems and other federal qualified health centers that opened COVID testing centers in the spring. Many of those centers were opened quickly so the state could rapidly ramp up testing and operators were asked to submit bills afterward. Many are now being asked to do the same thing with vaccine clinics. 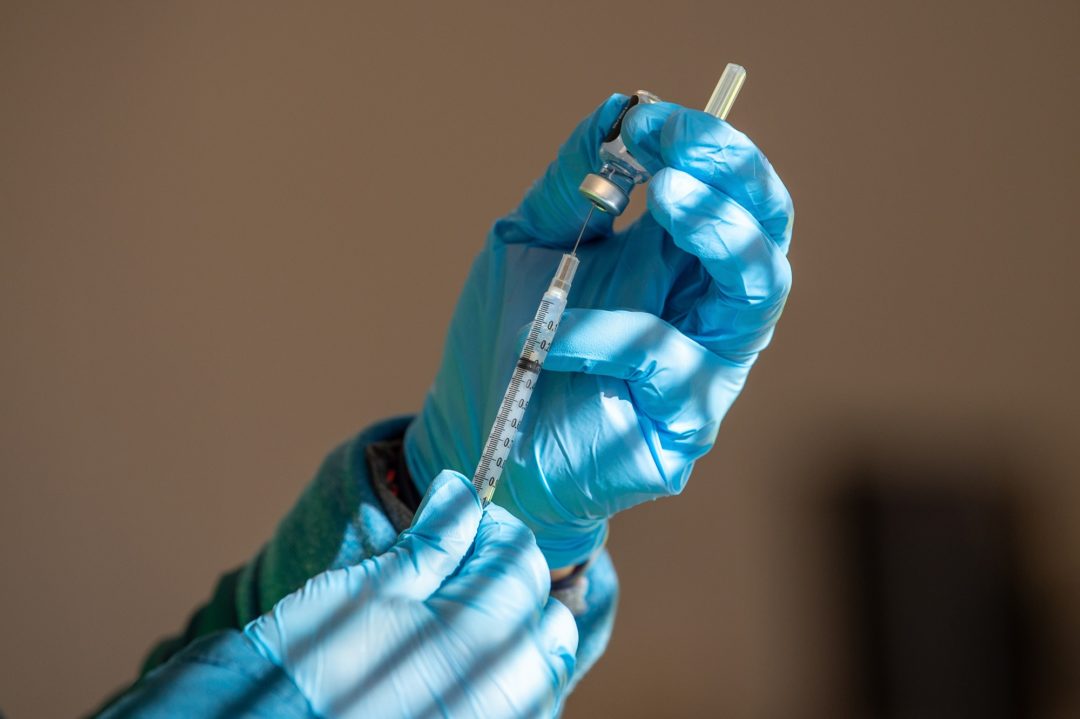 “However, that amount is not designated solely for vaccine administration, and we are currently working through the federal guidance to determine how and where those dollars may be spent,” Fitzgerald said.

The federal funding may also be used to support mobile immunization centers, especially those that visit minority communities, sources with knowledge of the plans said. If a federally qualified health center or a hospital opens a mobile clinic in a city neighborhood or large elderly complex, the cost of setting up that clinic could be covered by the state.

Hospitals and other providers are expected to submit insurance claims to cover their administrative costs, which can range from $12 to $17 a shot depending on the type of insurance a person has. There is no cost borne by the patient; residents have the option of submitting their insurance information, but they are not required to do so.

The administrative costs include paying vaccinators, having support staff on hand to enter real-time information into the VAMS system, purchasing the laptops and assigning workers to handle insurance claims.

“Our vaccine providers should be billing insurance to cover their administration costs,” Fitzgerald said. “The state will continue to have conversations with providers around infrastructure costs beyond the administration fee that may be appropriate.”

The federal Health Resources & Services Administration is reimbursing providers for the cost of testing and vaccinating the uninsured.