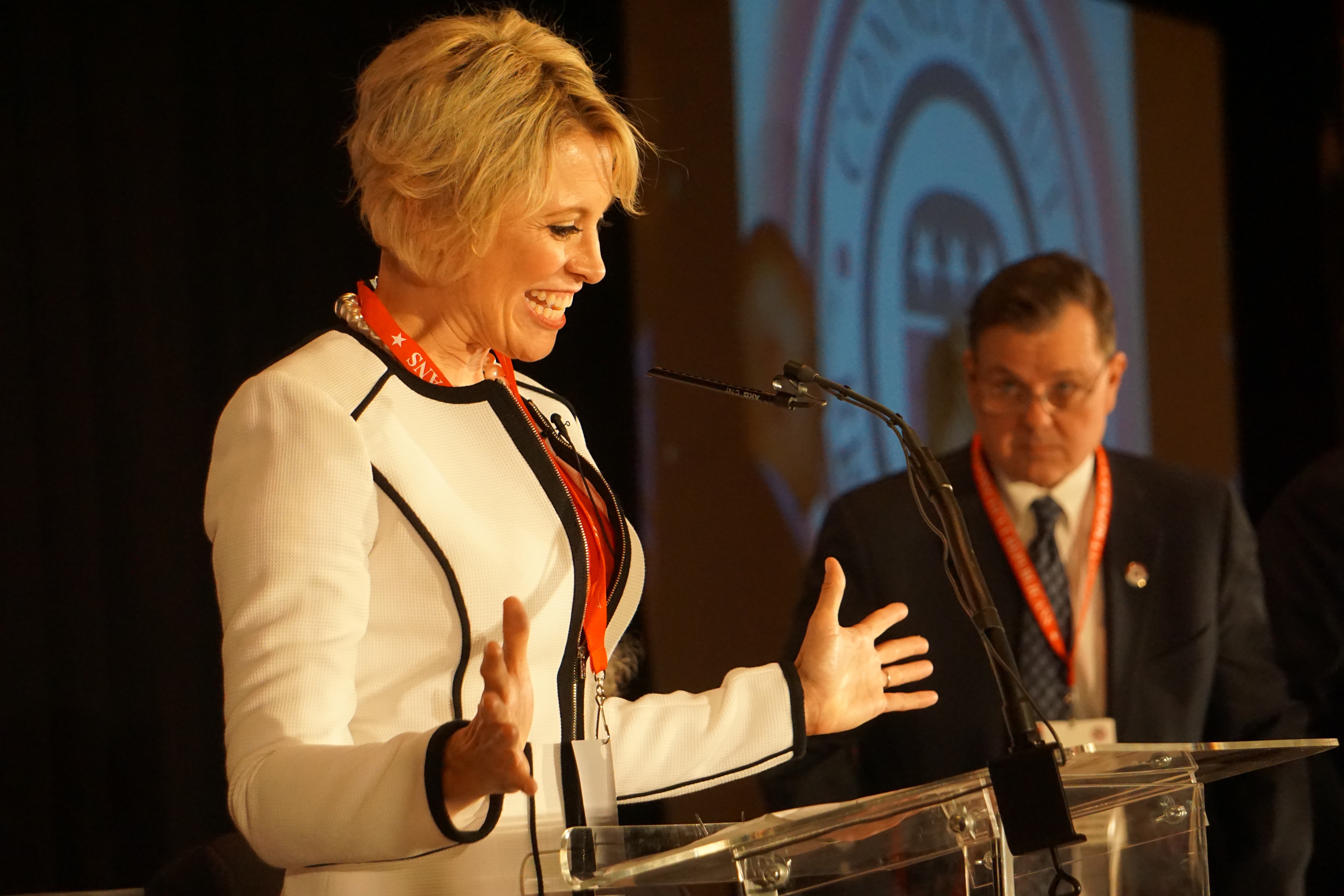 Susan Hatfield accepting the GOP endorsement for attorney general in 2018.

Hatfield immediately became a lame-duck: She already had announced she would not be a candidate in June for a full two-year term, nor would she seek another term as vice chair.

The others nominated Monday night all have indicated a desire to run in June: Ben Proto of Stratford, who finished second with 16 votes; Thomas Becker of Avon, 8½ votes; and John Slater of Bridgeport, one vote. Hatfield won with 59½ votes.

Romano, who had decided against seeking a fourth term, abruptly resigned on Jan. 12 after 5½ years as chair, citing difficulty in raising money as a lame duck.

Hatfield said she was asked by committee members to finish Romano’s term, setting the stage for a longer campaign for picking a leader for a full term.

“This wasn’t something I was originally planning to do,” Hatfield said in a telephone interview. “A lot of members wanted more time to vet various candidates.”

The election by the committee was conducted by Zoom.