Sleeping arrangements for a homeless man under I-84-East in Hartford.

A herd of volunteers across the country spends one winter night each year searching for homeless people.

In Connecticut, in early 2020 before the pandemic touched down, they found fewer homeless people, while homelessness nationwide increased, according to a report released Thursday by the U.S. Department of Housing and Urban Development.

It’s unclear whether more people are entering homelessness during the pandemic, but calls to the state’s 2-1-1 hotline offer a glimpse that more people are seeking temporary housing than in previous years, though not homeless services specifically.

Here are five things to know.

2. There are homeless children, lots of them.

While nearly all the homeless children identified were living on the streets or in shelters with their families, 16 were alone and seven were unsheltered.

3. Most sleep in emergency shelters 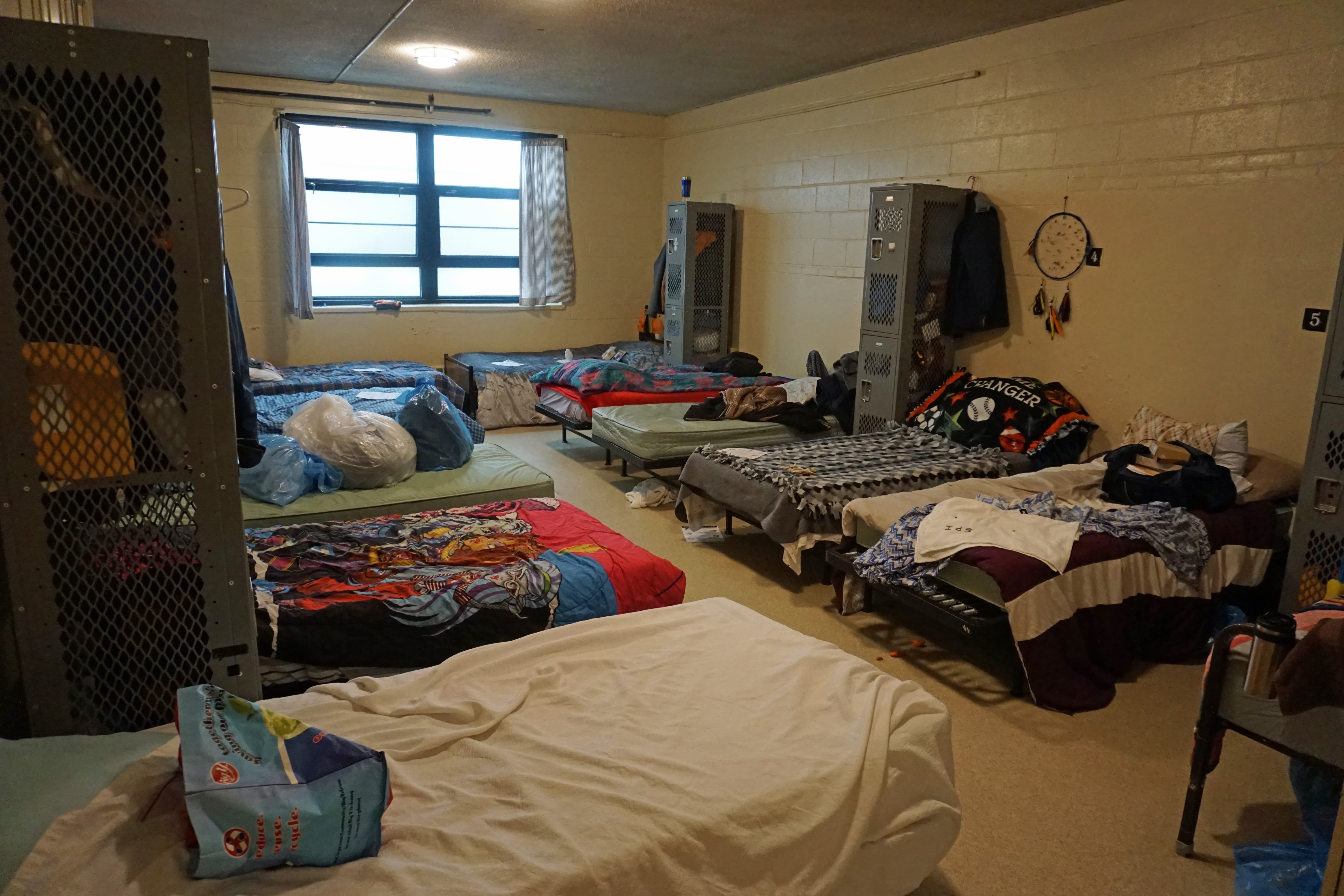 Some of the sleeping arrangements at South Park Inn in Hartford.

Most of the homeless people counted by volunteers are living in short-term emergency shelters — 74% in 2020.

Because it is much harder to find those who are unsheltered or are so-called “couch surfing” and living temporarily with friends or family, these tallies don’t account for the whole spectrum of those experiencing homelessness.

Housing advocates and state officials have long said that the decline in the number of people living in shelters is encouraging because it shows they are being diverted from shelters and getting other housing. The number of beds in emergency shelters has dropped by 208 since 2010, with almost half of that drop happening between 2019 and 2020.

Last year, the emergency shelters across the state took in 5,172 households. The average stay was 92 days, and 41% of those who left moved into permanent housing, state data show.

4. Number of homeless in CT declining faster than in most states

The number of people identified as homeless since 2007 has declined faster in Connecticut than 36 other states. In previous years, the state received official recognition from the federal government for ending veteran homelessness, meaning that when veterans become homeless in Connecticut, they are being quickly identified and provided housing opportunities. In early 2020, there were 199 homeless veterans, nearly all of them sheltered.

While the number of people identified as being homeless increased nationwide by 2.2%, Connecticut was one of 19 states to see its homeless count decline.

5. How the pandemic impacted homelessness levels is still unknown

U.S. Department of Housing and Urban Development Secretary Marcia Fudge told reporters Thursday that the agency doesn’t have precise figures on how much homelessness increased during the count that was done earlier this year, but the numbers are up.

“I can’t give you the numbers. We know that it increased,” she told reporters during the daily White House Press Briefing.

She pointed out that several efforts are underway to help reduce homelessness — which will be paid for with the $5 billion Congress just passed for such efforts.

The federal eviction moratorium from the Centers for Disease and Control and Prevention is set to expire at the end of this month, and the state moratorium expires on April 20. The state opened a long-awaited emergency rental assistance program earlier this week to provide rental assistance for those behind on rent.

One data point housing advocates monitor to see whether homelessness is trending up or down include call volume to the state’s 2-1-1 hotline. That data show that during the past three months, more people are calling and seeking temporary shelter than in previous years.

However, a smaller share of those calls are being routed to the state’s Coordinated Access Networks to connect people with immediate housing crises with a place to stay.

“This was consistent throughout 2020: significant increases in requests for housing assistance overall, but steady or declining requests for homeless services specifically. The decline in demand is almost all among families with children, while requests from individuals without children have been steady,” said David Gonzalez Rice, senior program manager at the Connecticut Coalition to End Homelessness.