In the wake of yet another mass shooting, Blumenthal says, ‘This time feels different.” 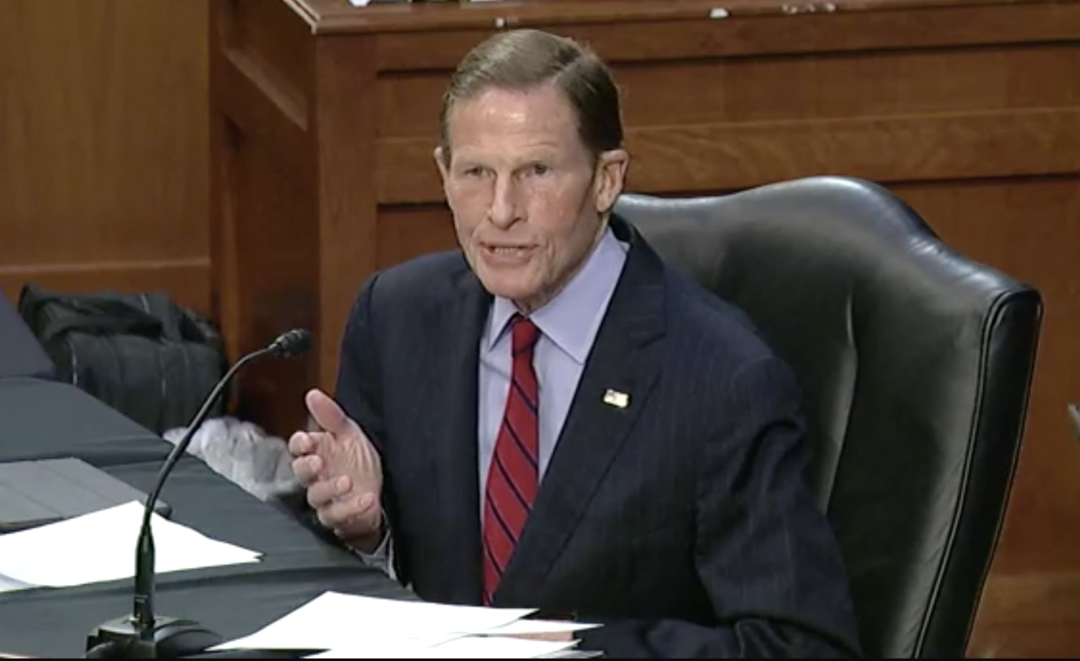 In the wake of another mass shooting that took the lives of 10 people in a supermarket in Boulder, Colo., on Monday, members of the U.S. Senate’s Judiciary Committee called for solutions to the persistent problem of gun violence in America.

“In the midst of the most serious disease outbreak in our lifetime, gun violence is an epidemic in its own right,” Sen. Richard Blumenthal, D-Conn., said Tuesday in his opening remarks in a Senate Judiciary Committee hearing that featured a presentation from Waterbury Police Chief Fernando Spagnolo on measures to reduce gun violence.

The hearing was timely. As the country opens back up while more and more people are inoculated against the coronavirus, the United States has experienced a recent resurgence of mass shootings. Before Monday’s killings in Colorado, a man killed eight people, six of them Asian Americans, two weeks ago.

The problem isn’t confined to mass killings. Twenty-one people were shot, four of whom died, in Chicago last weekend. Closer to home, a woman was shot at a large gathering in Hartford on Saturday.

“America awoke today to another nightmare — stunning, shocking, savage — but unsurprising,” said Sen. Richard Blumenthal, D-Conn. “Inaction has made this horror completely predictable. Inaction by this Congress makes us complicit.”

Blumenthal said there was urgent need for federal action, as states with strong gun laws — like Connecticut, he said — were only as strong as those with more weak ones.

“Guns do not respect state boundaries,” he said.

“This issue has a reputation of being controversial, but it is only controversial inside the beltway,” U.S. Sen. Chris Murphy, D-Conn., said at the time. “Outside of Washington, Republicans, Democrats, gun owners, non-gun owners, NRA members, non-NRA members agree we should tighten our gun laws to make sure that criminals and people with histories of serious mental illness cannot buy guns. It is a unifying issue.”

Legislators have had these conversations many times in the wake of mass carnage and violence, but Blumenthal said he’s optimistic. The majority leader of the U.S. Senate has promised a vote on “common sense, gun violence prevention measures,” Blumenthal said, the National Rifle Association is bankrupt and grassroots movements have demanded change.

“This time feels different,” Blumenthal said. “The dawn of a new era with a president completely committed to gun violence prevention. And I know from having heard him privately and publicly that he shares this passion; so do majorities, now, in the House and the Senate.”

“I don’t need to wait another minute, let alone an hour, to take common-sense steps that will save the lives in the future,” Biden said at the White House, urging federal lawmakers to expand background checks and ban assault-style weapons and high-capacity magazines.

Today the Judiciary Committee holds a hearing on gun violence.

It’s the predicate to bring a comprehensive background checks bill to the floor – the most effective and most popular intervention to halt America’s spiraling gun death rates. https://t.co/Mer8x8oAgW

Spagnolo of Waterbury was one of the guests at the hearing on Tuesday. He recalled the “brutal and unspeakable murders at Sandy Hook Elementary School” in 2012 and the legislative reforms passed in the state Capitol after that tragedy. He said those measures worked, ushering in some of the lowest levels of gun violence in Waterbury in years. Since 2014, Connecticut has seen a 41% decrease in gun homicides and a 15% decrease in gun suicides, Spagnolo said.

“As chief administrator of one of the largest police departments in the state of Connecticut, the gun violence that I am most familiar with rarely makes national headlines, but it is just as consequential for the people that it affects,” Spagnolo said. “The toll of daily gun violence that disproportionately affects Black and brown communities in cities like mine across the country is a serious problem requiring serious solutions.”

But as many states and cities across the United States have seen during the pandemic, Waterbury experienced a surge in gun purchases last year, Spagnolo said. 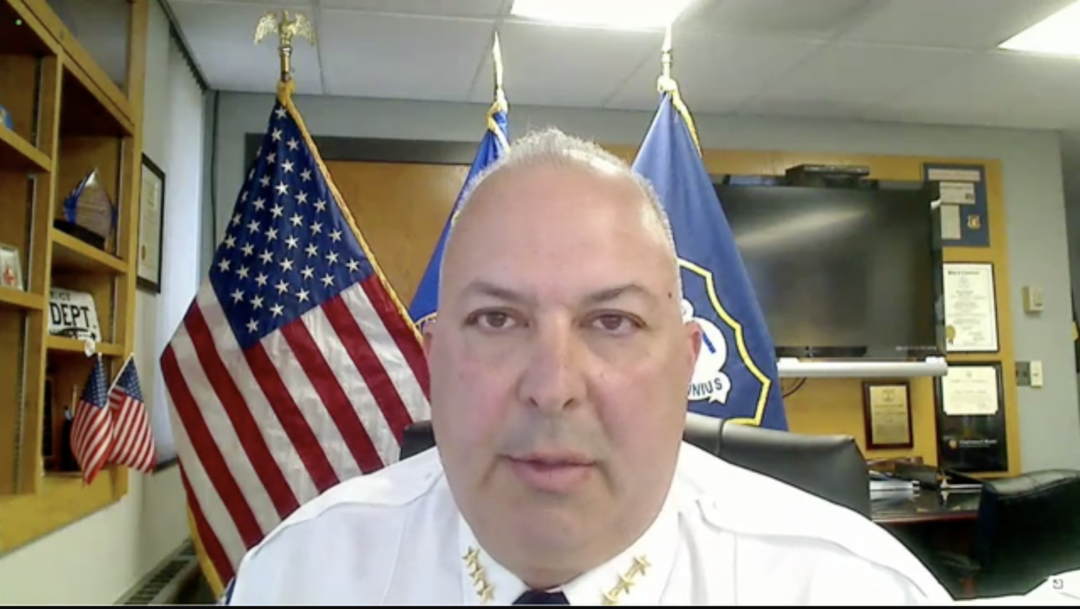 “Despite these recent setbacks, Connecticut still has one of the lowest gun death rates in the nation, but Connecticut is not an island, and without federal action, we remain at the mercy of states with weak gun laws,” he said. “Over two-thirds of the crime guns traced by law enforcement in Connecticut come from other states, and gun traffickers will continue to exploit weaknesses in federal law. Unless we can stop the unchecked flow of guns into cities like mine, preventing cycles of violence will be almost impossible.”

Spagnolo and Blumenthal both praised Connecticut’s first-in-the-nation “red flag law,” which allows certain officials to ask the court to remove firearms from those who could harm themselves or others. State lawmakers are attempting to pass a new bill this session that would modernize the 1999 law.

Spagnolo pointed to research showing that for every 10 to 20 risk warrants issued in Connecticut, one suicide is prevented.

Spagnolo said Waterbury has invested in local solutions to prevent gun violence, partnering with community leaders to address root causes of violence and crime. They mentor young people, provide mental health and substance abuse recovery services and lead an annual gun buyback program that gets 100 firearms off the streets every year.

They also work with people released from prison, helping them secure housing and health care and providing them with workforce training and education. Spagnolo called community solutions “paramount” to addressing gun violence.

“This is especially important, as the majority of weapons offenses in Waterbury are being committed by individuals with prior weapons convictions,” Spagnolo said. “As recently released individuals are being reintegrated into society, often with their support networks in disarray, we must find ways to give them a stake in their community and their future to reduce recidivism and prevent further violence.”

A police officer was among the 10 victims who died in Boulder on Monday. Spagnolo, a nearly 30-year veteran of the Waterbury police force, said it was devastating to hear of that officer’s death.

“We’ve had officers here in Waterbury that have been shot and killed in the line of duty during my career, and these are times and moments that I will never forget,” he said. “These are real concerns and real situations that our police officers have to deal with each and every day. And any law or any solution that could take guns out of the hands of prohibited persons is so beneficial and so important for us to really consider.”