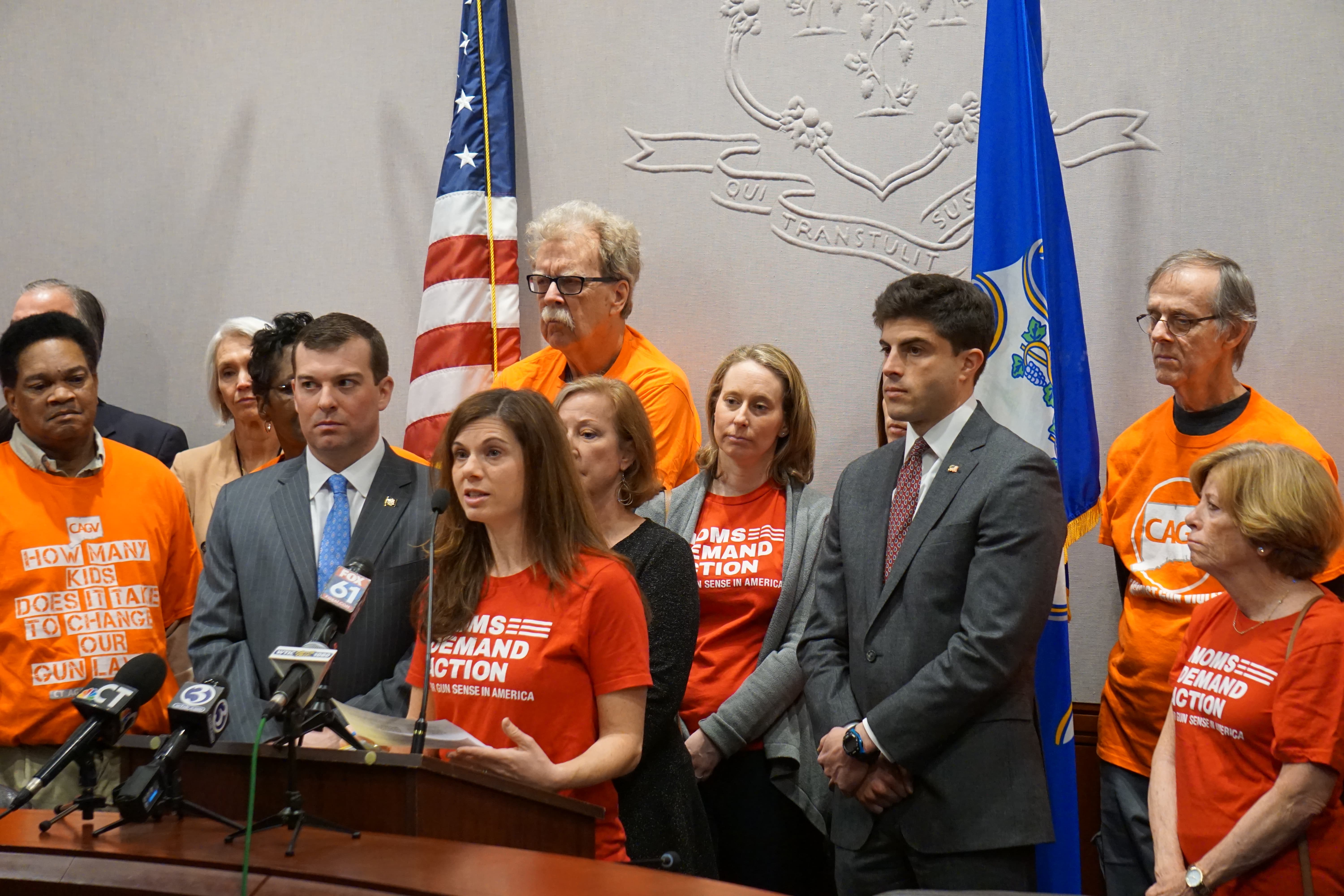 In an attempt to modernize Connecticut’s first-in-the-nation “Red Flag” law, lawmakers are proposing a bill that would broaden who can request that guns be removed from people deemed a danger to themselves or others.

“As effective as our law has been, it’s not as robust as we have seen in best practices in other states,” said Rep. Steven Stafstrom, a Bridgeport Democrat and co-chair of the Judiciary Committee. “These are critical changes in order to make this law work better for us and for the state of Connecticut.”

In 1999, Connecticut became the first state in the country to pass a “red flag law.” The statute allows certain officials to ask the court to remove firearms from those who could harm to themselves or others.  Other states have followed suit over the past two decades, as mass shootings have proliferated across the country. Ten states adopted red flag laws following after the Feb. 14, 2018 slaying that ended the lives of 17 students at Marjory Stoneman Douglas High School in Florida.

A 2017 Duke University study found that, between 2009 and 2013, Connecticut’s red flag law prevented at least one suicide for every 20 gun seizures.

“What we’ve done is look specifically at the other states that have passed risk warrant statutes in the past several years and look at the best practices for those and try to combine them into a bill that updates the existing law we have on the books,” said Stafstrom.

Almost 2,000 risk warrants were issued in Connecticut between when the law was enacted in 1999 and August 2019.

Stafstrom’s bill would make several updates to Connecticut’s law. First, it would expand the eligibility of those who could ask the court for a risk warrant. Currently, two police officers or a state’s attorney can seek a protective order. In Stafstrom’s proposal, one officer could make the request, as could a household or family member, or certain medical professionals like physicians or psychologists.

Another change would limit a person in crisis from obtaining a firearm. Stafstrom said the current law provides a mechanism for the court to remove guns that a person already owns.

“But what about for the person who says, ‘I’m going to go out and buy a gun and kill myself’?” Stafstrom asked. “If somebody is shown to be an imminent risk of harm to themselves or others, just because they don’t currently possess a gun doesn’t mean they won’t go out to try to acquire one and use it.”

The new proposal would also give judges more discretion in the length of each protective order. Stafstrom said under the current statute people don’t have a way of getting their guns back before the yearlong warrant expires. His measure would indefinitely remove a person’s guns, but allow individuals to petition the court to get for their firearms back after 180 days, and then every 180 days thereafter.

“This would basically provide more flexibility to the judge in terms of the length of the order and the application process where you could get your firearm back earlier or if the order could stay in place after the year,” said Stafstrom.

“They’re all common sense updates to a law that has been proven to work already,” Mayer said of the changes, “but with these changes, will be even more effective, and can help save even more lives.”

The bill will be up for a public hearing on Wednesday, March 11.