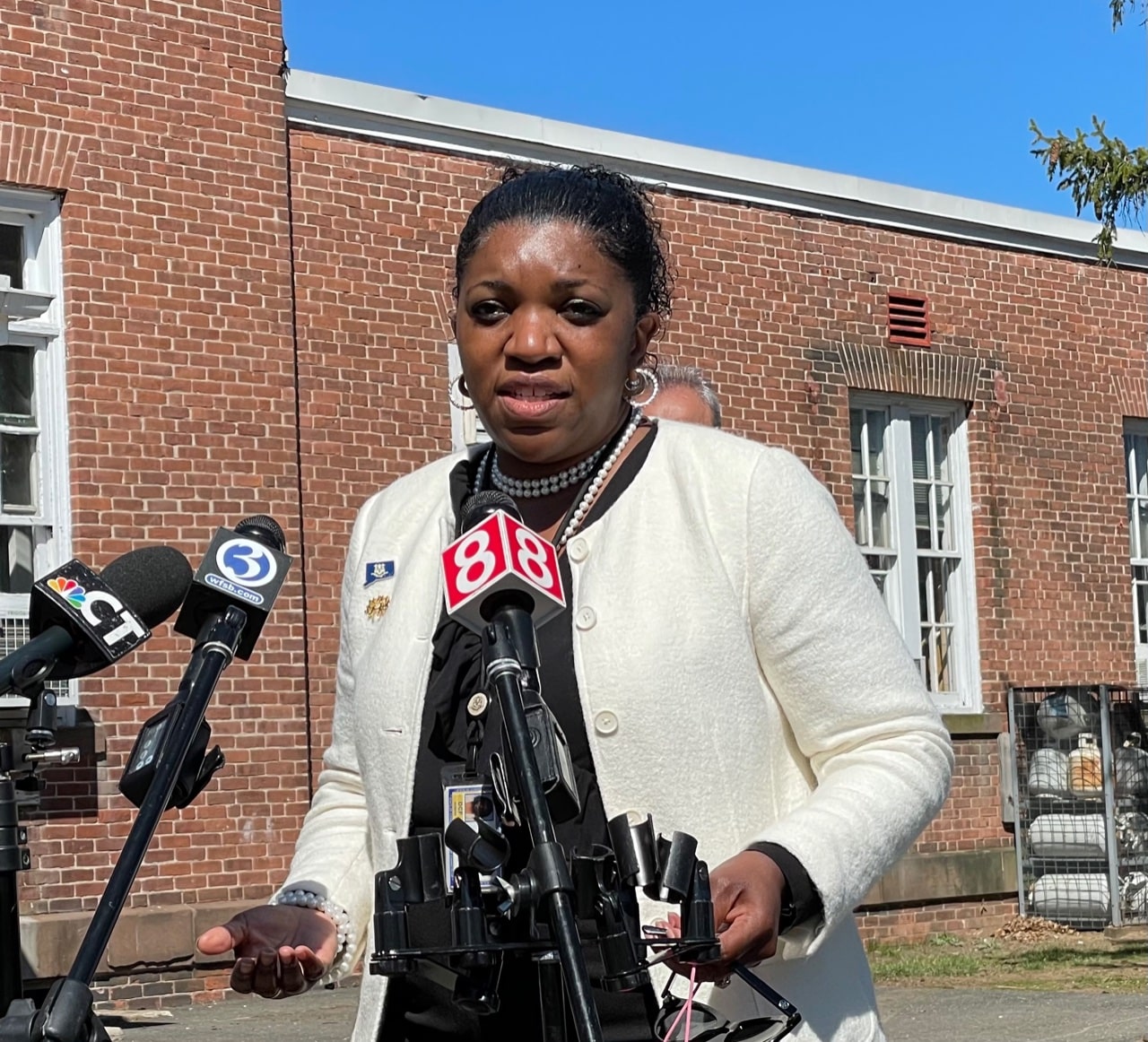 Vanessa Dorantes, the commissioner of DCF, said the juvenile training center could be humanely reimagines as a shelter for border migrants.

The troubled history of the Connecticut Juvenile Training School, a high-security detention facility closed in 2018, should not disqualify it from becoming a shelter for migrant children now housed in overcrowded facilities in Texas, state officials said Thursday.

Vannessa Dorantes, the commissioner of the Department of Children and Families, said the visceral reaction some people have to using a former detention facility is based on how the building was used and does not reflect how it could be humanely repurposed.

“A building doesn’t care for kids,” Dorantes said. “People do.”

Dorantes and Gov. Ned Lamont toured the building in Middletown last week after Vice President Kamala Harris asked the governor during her recent visit if Connecticut could house some of the unaccompanied minor children in U.S. custody at the border.

“When the governor and I went there, it was because I wanted to have an opportunity to reimagine that space as something different than it was in the past,” Dorantes said. “We understand that the things that happened there do not comport with the standards of care that we have today for Connecticut.”

The decision by Gov. Dannel P. Malloy to close the facility came after mental health experts and human rights advocates decried its operation, reacting to videos showing the use of restraints and seclusion. Reports from national experts also outlined problems.

Dorantes and Lamont spoke to reporters Thursday after an unrelated tour of the north campus of the Albert J. Solnit Children’s Center, a residential psychiatric facility for adolescent males operated by the DCF in East Windsor.

In 2014, the Malloy administration denied a request from the Obama administration to house up to 2,000 migrant children from Central America at the Southbury Training School, saying that the vacant portions of the school were unfit for occupancy.

Lamont has taken the same position on Southbury, a mix of homes to the developmentally disabled and buildings long vacant. But he promised to look at other options, including one unavailable in 2014: a juvenile detention facility constructed in 2001.

“We have thousands of kids who were lost and alone down on the Rio Grande border. And Vice President Harris approached me and said, ‘Can Connecticut help out?’ And I said, ‘We’re gonna try and do what we can,’” Lamont said.

Dorantes said the White House has yet to follow up with specifics about the number of children and their needs.

“We just have a ballpark,” Dorantes said. “And so what we’ve been doing is trying to scope out places in Connecticut that we may be able to reimagine the best and humane way to be able to help this humanitarian crisis.”

Dorantes said some group homes have available beds, but many of the migrant children are traumatized, and she prefers a central home where they can get a variety of services.

“It’s important to make sure there is a secure, safe environment that those kids can be wrapped in the care that they will need. They’ve experienced some really traumatic experiences.”

Dorantes offered no estimate on how many children could be housed at the old training school. Planning must consider space needs for medical and mental health care and recreation, not just calculating how many cots can fit in the available square footage.

Michael Lawlor, who was involved in the decision to close CJTS as the undersecretary of criminal justice policy and planning for Malloy, said the Middletown facility is a modern, brightly lit space with a campus, gymnasium and cafeteria. There’s enough space so that, if it were run like a shelter and not a prison, officials could put bunk beds in the common areas.

He acknowledged the housing units are maximum-security cells, but, “that’s only if you lock the door of the cell. Apart from that, they are individual rooms with one bed.”

“If you’re not running it like a prison, it’s a perfectly fine facility,” said Lawlor, noting that it’s better than some “retrofitted, abandoned Walmart in Texas.”

Advocates were less than pleased. Christina Quaranta, executive director of the Connecticut Justice Alliance, which works to end the criminalization of youth, said when state authorities closed the facility, they had decided it was not a good place to put young people. So, why send traumatized youth from the border there?

Even if the federal government paid to revamp CJTS, to knock down the fence and rehab the cells, “it’s still a youth prison site that’s composed of cinderblocks.” 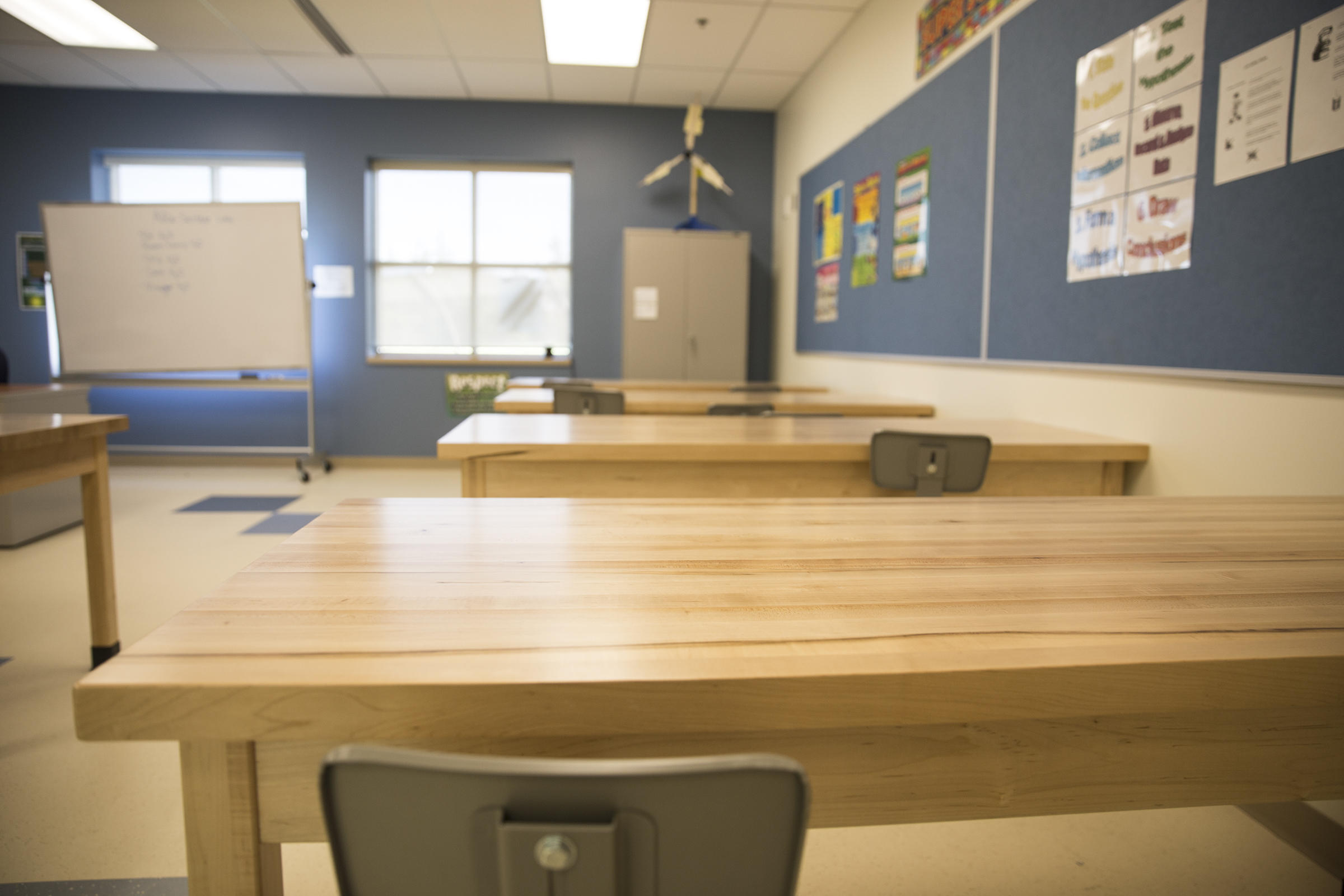 One of the classrooms inside the Connecticut Juvenile Training School.

Quaranta mentioned a juvenile justice bill before the legislature that would remove children held pretrial at Manson Youth Institution. She worried that rehabbing CJTS to deal with a crisis at the border would make officials more willing to use it once unaccompanied minors are no longer at the Middletown facility.

“Once the facility’s reopened, it’s fair game to put any young person or people there,” Quaranta said. “That’s unacceptable. It was closed for a reason.”

Sarah Eagan, the state’s child advocate, said she has suggested that DCF convene a group of culturally and linguistically competent individuals to advise the state on the siting, service needs and custody conditions for the migrant children.

Lamont isn’t the only official to consider using CJTS to house a population other than the one it was intended for.

As the co-chair of the Whiting Task Force, Lawlor has also floated the idea of using the CJTS building to house patients from Whiting Forensic Hospital. There would be a cost involved in retrofitting the residential areas so they are more therapeutic, but the building and campus are already there, and, Lawlor said, could be an upgrade over the “dark and dingy” Whiting Forensic Hospital.

“If this was a regular hospital, I’m sure it would have been shut down years ago,” Lawlor said of Whiting.

Lawlor said the way the cells are configured is not appropriate for a hospital, but the infrastructure is there — the cafeteria, the basketball courts, program areas.

“The advantage is it’s there, it’s got all the necessary facilities. The only thing you’d have to figure out is the residential areas,” Lawlor said. “Or you could just build a new building on that campus.”