Mansfield man was raising for charity, but the IRS calls it personal income 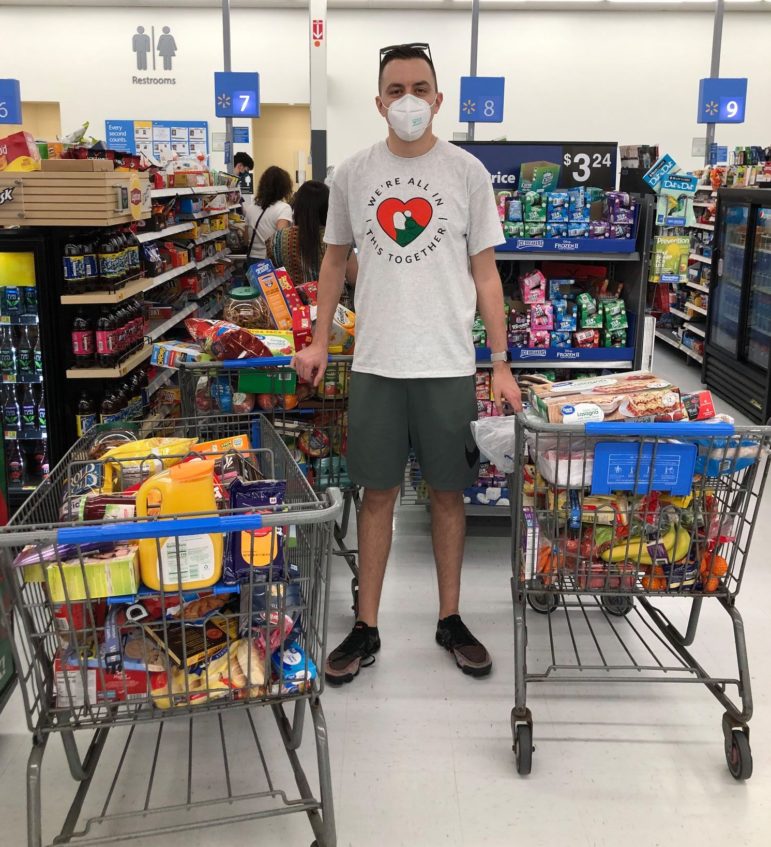 Mansfield Middle School teacher Louis Goffinet pauses for a snapshot during one of his dozens of grocery runs during the height of the pandemic.

Last spring, while the COVID pandemic was tearing his community apart and Congress was still debating what to do, Louis Goffinet stepped up.

He raised thousands of dollars from friends and neighbors and spent every penny they donated on groceries and rental assistance for local families who had lost their jobs, Goffinet said.

Over the course of many long days, the Mansfield Middle School teacher filled his car with groceries, delivering the food and other necessities to the doorsteps of local people who were short on cash and afraid to venture out. He was hailed as a local hero.

Now, however, as a consequence of his civic heroism, Goffinet owes the government more than $16,000 in taxes.

His situation is an ironic – some would say monumentally unjust — product of an enormous outpouring of financial support from individuals and businesses eager to help. The proximate cause of his trouble, he said, was his decision to use Facebook as a fundraising tool.

“It is not lost on me that I owe more in taxes than Facebook will pay,” Goffinet said Wednesday. (The social media giant paid nothing in taxes to the United States in 2018.)

All told, the social media platform forwarded him more than $41,000 in funds from donors large and small (it also kept about $3,000 in processing fees). Along with the funds, eventually, came an IRS Form 1099-K showing that the money had been reported to the IRS as his personal income. Any amount over $20,000 exceeds the IRS’s limit on nontaxable gifts.

The “gravity” of that bit of bureaucratic paperwork has now been driven home, he said.

After consulting as recently as Wednesday with a tax attorney and accountants — and dozens of Facebook friends and supporters — he said he is certain there is no way he can escape paying his tax bill of $16,301. It matters not that he kept meticulous records, accounting for every penny he received and spent on the needy.

So, in an awkward and slightly embarrassing turn of events, Goffinet is now asking for his community’s help with a debt he says he cannot reasonably afford to pay. 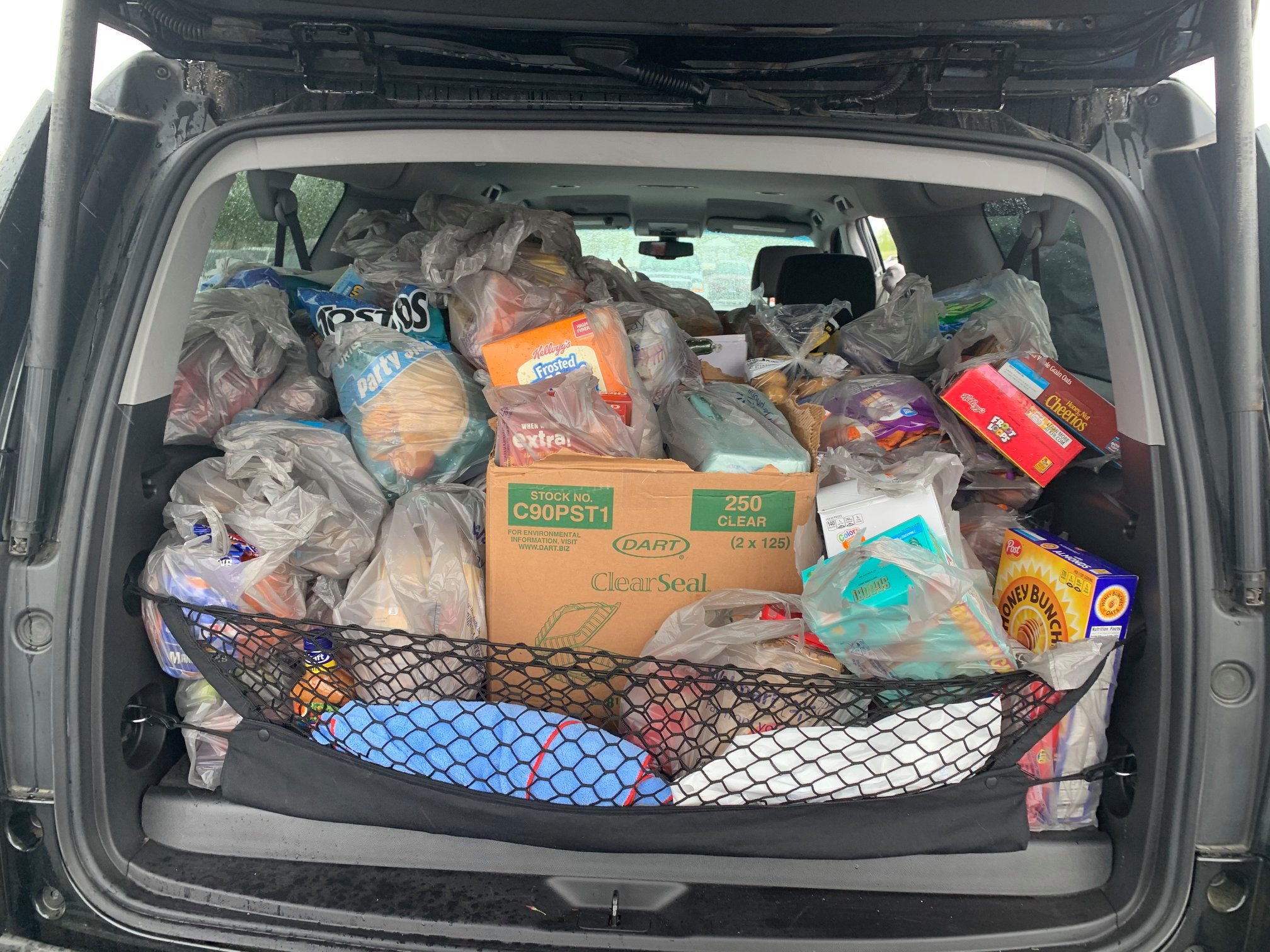 One of Goffinet’s grocery loads.

Goffinet, 27, had started small in March of last year, the early days of the pandemic when his teaching duties were truncated and the level of community fear was high. Young, single, healthy and unafraid, he thought he could do the shopping for an elderly couple who feared the exposure of going to the store. In short order, though, he saw the much greater need, the severity of the human toll — and the depth of his neighborhood’s compassion.

“Unbelievable!” he wrote in an April 19 Facebook post shortly after launching his fundraiser. “We’ve now raised $4,000 to help our neighbors impacted by this crisis! Tomorrow will be a big day of shopping and delivering some relief to families.”

The work was personally rewarding, but sometimes it tore at his heart.

One man, he wrote, “explained to us how after a rough year of losing his young daughter, a bout of homelessness … he was finally able to move into a real apartment with his wife. We ran into him today, ashamed to be asking for money on the side of the road — in obvious distress. …  He repeats to us that, apart from us, ‘nobody cares.’ Today we gave him cash — which he tried to decline. We gave him enough for him to head home for the afternoon. Tomorrow, I think I need to contact his landlord and at least chip in some of his owed rent.”

He reported this encounter and others in regular Facebook posts, which, not surprisingly, inspired more donations to his cause. His success brought media coverage, which resulted in more donations still. Local businesses donated hundreds of dollars’ worth of pizzas, cookies and other goods. He delivered it all over town. On Thanksgiving Day, he delivered 80 donated pies.

Now, as the tax payment deadline looms and news of his predicament spreads, Goffinet reports he has had words of encouragement from U.S. Rep. Joe Courtney’s office and from his State Rep. Gregg Haddad, who is facilitating talks with the Connecticut Department of Revenue Services on his behalf.

Not that it is likely to prevent him from having to return to the state and federal governments the equivalent of about 13 of the $1,200 stimulus checks mailed to millions of people nationwide. Goffinet admits that it irks him to “have to admit I was doing something wrong” when he knows in his heart that what he was doing was so fundamentally right.

The only saving grace, if there is one, he said, is that checks sent to his post office box will not impact his taxes next year, as long as nobody tries to pay the entire amount.