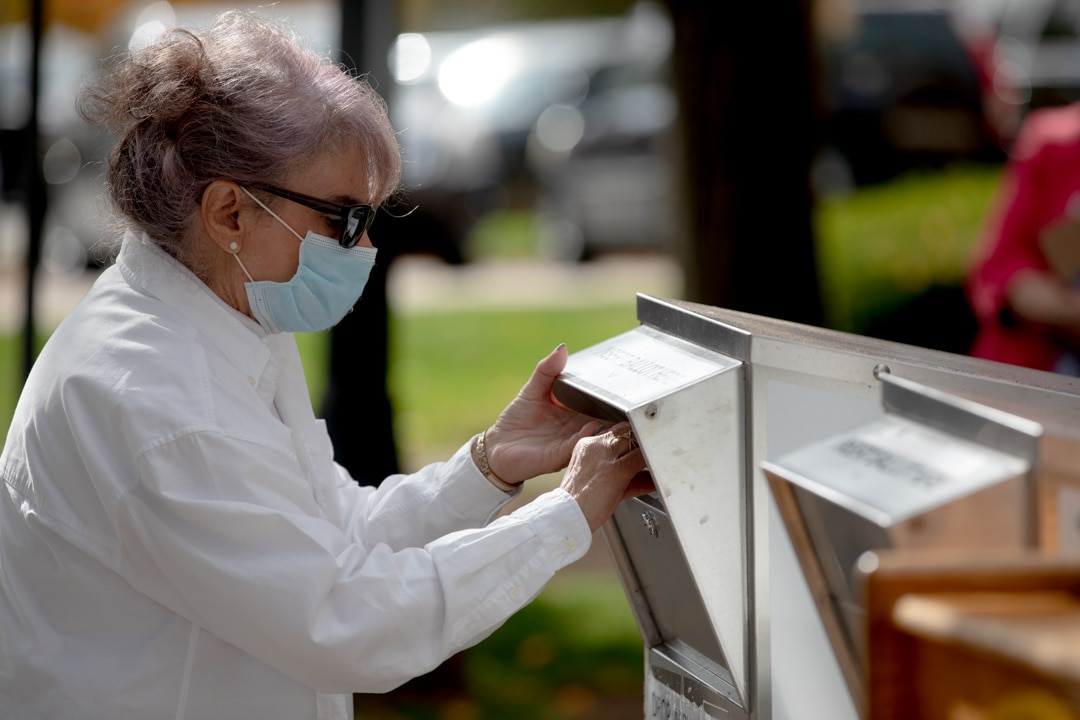 A divided state Senate voted shortly after midnight Wednesday for passage of legislation that would allow anyone concerned about contracting COVID-19 to vote by absentee ballot this year, the same option made available in last year’s elections.

Passage came on a 24-12 vote, with all Democrats in favor and all Republicans opposed. The bill now goes to the House.

Republicans said the rationale for easing access to absentee voting last year was the risk posed by the combination of high infection rates and the absence of a COVID vaccine, but the state now has vaccinated more than half of all adults, and infections are falling.

“This is creating a solution for a problem that is not there,” said Sen. Tony Hwang, R-Fairfield.

Democrats said they are confused by the Republican opposition to giving Connecticut voters an option widely available in other states. Sen. Mae Flexer, D-Windham, a lead sponsor, said the bill gives certainty to voting rules for municipal elections in May and November, regardless of what happens to case rates.

Sen. Saud Anwar, D-South Windsor, who is a physician specializing in lung diseases and critical care, said some voters still might be wary about going to the polls, even if infection rates continue to fall.

“You’re giving them an option,” he said.

Easing ballot access has become a wedge issue in much of the United States, fueled in part by former President Donald J. Trump’s baseless claims of widespread fraud in his loss last year to President Joe Biden.

Senate Republicans ignored the former president and his claims of widespread fraud, but they broadened the debate Wednesday night with calls for what they called reasonable measures to increase voter confidence in the integrity of Connecticut elections. They proposed amendments to require a photo ID to vote at the polls and to create a pilot program verifying the identity of voters using absentee ballots.

Democrats defeated the photo ID requirement, but accepted the pilot program on a voice vote. The program would require the verification of signatures on the outer envelopes used to cast absentee ballots in five communities of varying sizes.

“We can join almost every other state in the country that has it,” Sampson said.

According to research by the National Conference of State Legislatures, Sampson is wrong: Thirty-six states have laws requesting or requiring some form of identification at the polls, but only six states have strict requirements to show a photo ID before voting.

Connecticut is unusual in that its constitution constrains the ability of the General Assembly to regulate the use of absentee ballots or allow early voting.

The constitution empowers the General Assembly to allow absentee ballot voting only in cases of “absence from the city or town of which they are inhabitants or because of sickness, or physical disability or because the tenets of their religion forbid secular activity.”

By statute, the state had long interpreted “sickness” as a voter’s illness, not a concern about getting sick in a pandemic. Last year, Lamont used his emergency powers to allow any voter in the August primary to vote by absentee for reasons of sickness during the pandemic. The legislature passed a law codifying the order and expanding it to the November election.

The Supreme Court upheld both Lamont’s order and the legislature’s temporary law, concluding that “sickness encompassed the existence of the pandemic and is not limited to an illness suffered by an individual voter.”

Aside from misgivings about that interpretation, Republicans strongly objected to the secretary of the state’s office mailing absentee-voter applications to every registered voter, rather than only to those who requested one.

Sampson offered an amendment Wednesday night barring unsolicited mailings of absentee ballot applications. It failed on a party-line vote after Flexer noted that there is no plan to do so this year.

The absentee voting question will need support by 75% to get on the ballot next year.