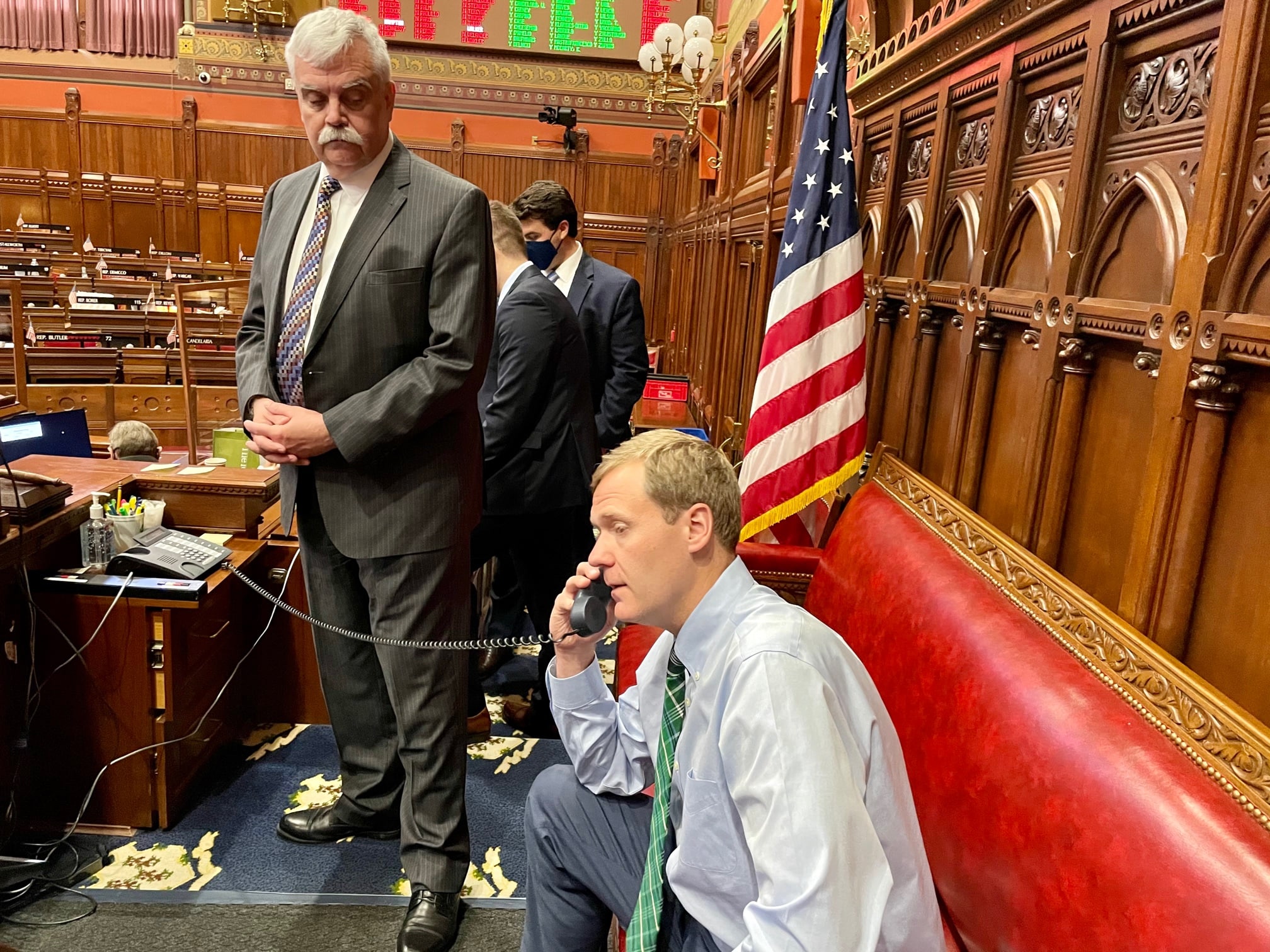 The House Republican minority succeeded Tuesday in delaying by at least two years the ability of Connecticut voters to decide if the state Constitution should be amended to increase the General Assembly’s discretion over the use of absentee ballots.

Connecticut is a rarity among the states: Its rules for absentee voting are among the most restrictive in the U.S., and they are enshrined in its constitution.

At issue Tuesday was a proposed constitutional amendment that would allow — not require — the legislature to authorize no-excuse absentee voting. Notwithstanding the experience elsewhere, Republicans said the change would invite large-scale fraud.

The measure passed 104-44, but by largely voting as a bloc, the GOP ensured the House fell short of the 75% supermajority necessary to put the proposed constitutional amendment to a referendum in 2022, the next statewide election. Nine Republicans joined 95 Democrats in support.

The alternate route to a referendum is the passage by a simple majority of an identical amendment by a successive legislature — the lawmakers who will be elected in 2022 and take office in 2023. That would delay a referendum until 2024.

“Make no mistake, this will be decided by the voters at the ballot box in 2024. It is a shame that most Republicans have chosen to delay the voters’ ability to make their voices heard by two years,” Secretary of the State Denise Merrill said in an emailed statement.

The issue now goes to the Senate.

Democrats said the measure was about ballot access, while Republicans saw the danger of fraud.

Without evidence, former President Donald J. Trump alleged widespread fraud of all types in 2020 to undermine the legitimacy of Joe Biden’s election as president. Without repeating Trump’s claims, Republicans say measures are needed to restore voter faith in the process.

Republicans offered amendments that would have required photo identification to vote at the polls in Connecticut and signature verification on the outer envelopes used to vote by absentee. All were rejected on party-line votes.

According to research by the National Conference of State Legislatures, 36 states have laws requesting or requiring some form of identification at the polls, but only six states have strict requirements to show a photo ID before voting.

In speaking to reporters before the vote, House Minority Leader Vincent J. Candelora, R-North Branford, distanced his caucus from Trump by saying fraud was real, even if it is not widespread.

“There’s always evidence of fraud in the absentee ballot world. We’ve seen it. It has not been widespread, but certainly if you don’t have the proper safeguards, it’s going to invite fraud. And that’s our concern,” Candelora said.

Undisputed is that fraud is real and that it occurs most often in absentee voting, but not at the polls. But elections-enforcement officials say it is relatively rare.

One of the more egregious cases in Connecticut occurred in 2015. Officials say a Democratic Party official in Stamford submitted as many as 29 forged absentee ballots applications in a case that both exposed weaknesses and safeguards in the system.

One of the voters whose name had been forged on an application turned up at the polls to vote. He was allowed to vote, but the absentee ballot cast in his name was impounded and referred to the State Elections Enforcement Commission and, eventually, state prosecutors.

The Connecticut Constitution empowers the General Assembly to allow absentee ballot voting only in cases of “absence from the city or town of which they are inhabitants or because of sickness, or physical disability or because the tenets of their religion forbid secular activity.”

Legislation interpreting that constitutional language is even more restrictive. House Speaker Matt Ritter, D-Hartford, said he expects the legislature to amend those laws, allowing easier access to absentee ballots by commuters and caretakers of disabled persons.

Last week, the Senate voted along party lines to pass and send to the House legislation that would allow anyone concerned about contracting COVID-19 to vote by absentee ballot this year, the same option made available in last year’s elections.