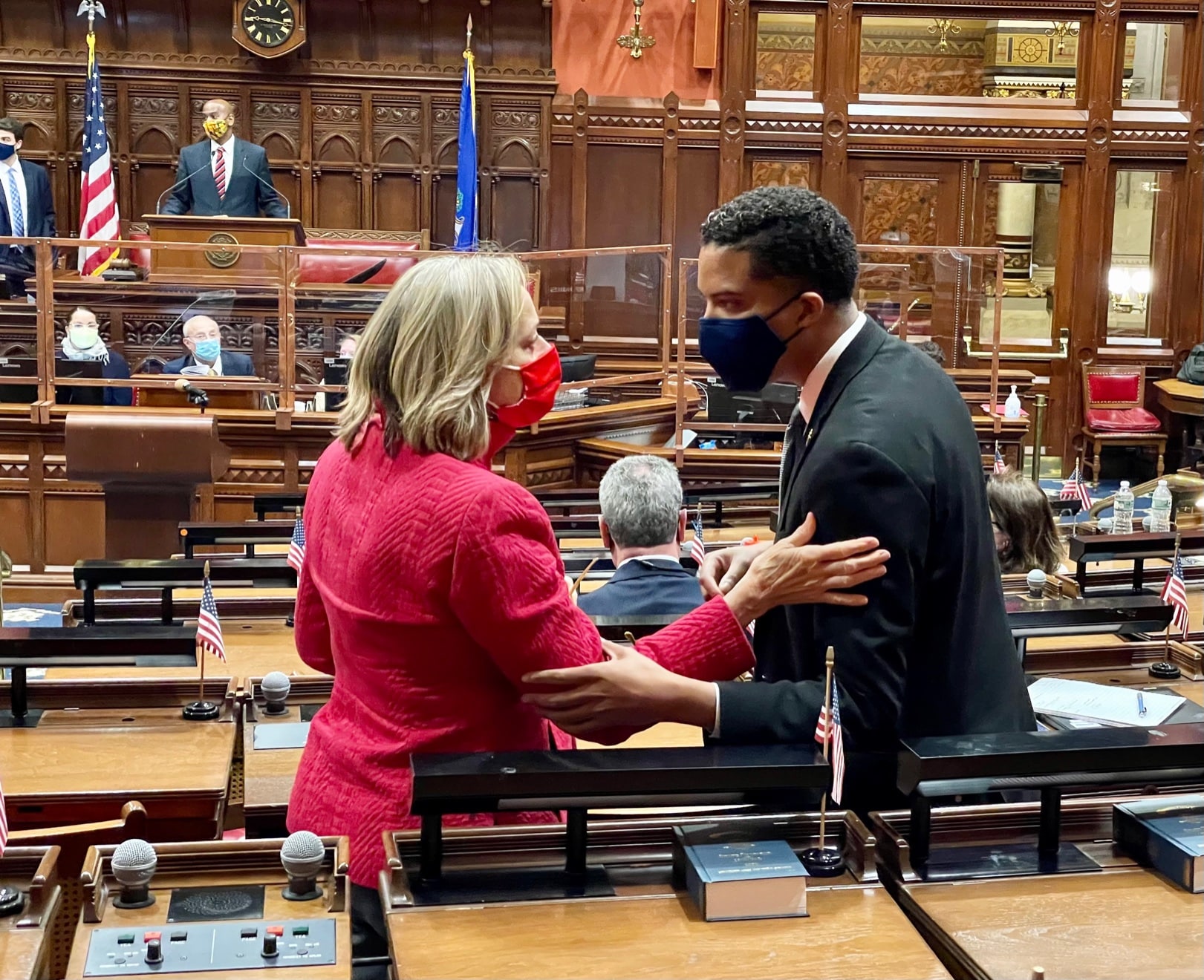 The House of Representatives voted Tuesday night to extend the governor’s emergency pandemic powers until July 20, then passed a second measure that expands legislative oversight over gubernatorial emergency declarations.

Passage of the extension came on a near-party line vote of 94-53, with Rep. Pat Boyd, D-Pomfret, joining every Republican in opposition.

The second measure passed unanimously. It limits renewals of the public health and civil preparedness and emergencies declared on March 20, 2020, to 60 days if the legislature is in session and 180 days if it is not.

It also deems the renewal ineffective unless approved by majority votes in each chamber, and it requires a review of gubernatorial executive orders by a bipartisan committee of eight lawmakers.

Lastly, the bill creates a bipartisan commission to review and recommend changes in the two emergency laws that allowed Gov. Ned Lamont sweeping powers since the start of the COVID-19 pandemic.

Both bills now go to the Senate.

The House of Representatives voted 99-48 Tuesday night to pass and send to the Senate legislation that would require Connecticut employers to provide employees and job applicants the wage range for jobs they hold or are seeking.

The bill is intended to expose and correct wage inequities, said Rep. Robyn Porter, D-New Haven, the co-chair of the Labor and Public Employees Committee.

“This is an important first step in addressing those disparities by asking employers to be transparent, to be honest and to be respectful of the employees that they are working to attract,” said Rep. Anne Hughes, D-Easton.

Rep. Harry Arora, R-Greenwich, the ranking Republican on the labor panel, and three other Republicans voted with all 95 Democrats in favor.

Other Republicans objected to the measure as an intrusion into workplace dynamics. Rep. Dave Rutigliano, R-Trumbull, the owner of several restaurants, asked if the bill effectively would identify what his top employee was making.

“That is correct,” Porter replied.