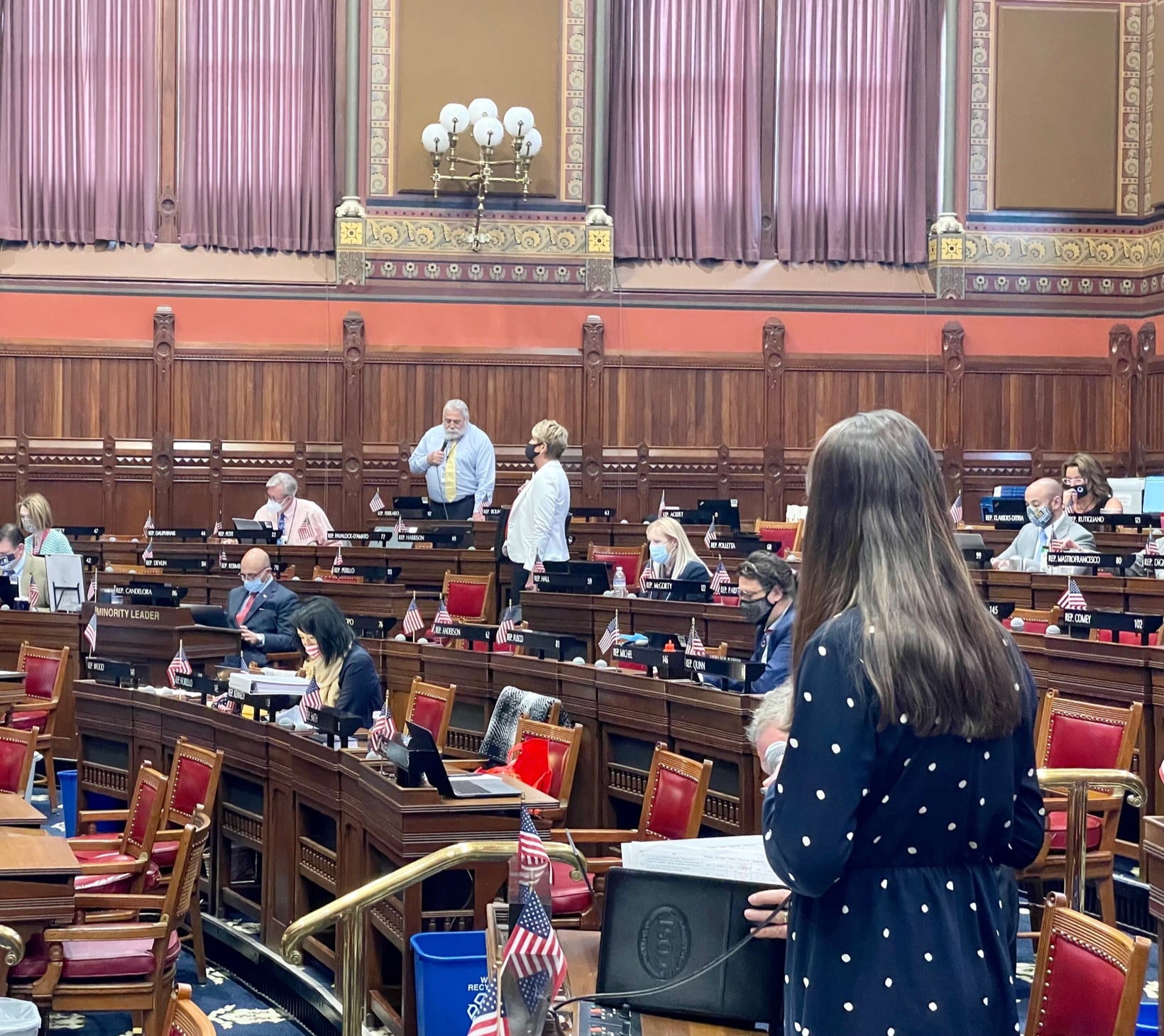 The measure prohibits deceptive advertisements in print publications, online postings, public statements or “any other manner” and applies whether the centers do it themselves or someone else does it on their behalf. The bill gives the Attorney General’s office the power to seek a court order to stop the deceptive practices. Violators would receive a notice to correct the problem within 10 days. If no action is taken, the attorney general could appeal to the courts, seeking fines or other penalties.

If the court finds a pregnancy center in violation, the proposal allows the state to impose penalties of $50 to $500 per incident, along with charging “reasonable attorney’s fees and costs.” The courts could also order the facilities to pay for and disseminate corrective advertising or to post a remedial notice that corrects the deceptive advertising.

The bill would not stop the state or any municipality from seeking other legal or administrative relief.

“A woman should not be lied to when seeking legal health care in the state of Connecticut. It jeopardizes her health,” Rep. Jillian Gilchrest, a West Hartford Democrat, said Wednesday. “Reproductive health care is timely, especially when we’re thinking about abortion and emergency contraception. Additionally, deception and delay can negatively impact the patient-provider relationship.”

“Not all limited service pregnancy centers use deceptive practices; some are a valued community resource,” she added. “This bill doesn’t address them. It won’t apply to them. This is about creating consistency across the state of Connecticut.”

The proposal has been panned by many of the state’s faith-based pregnancy centers and organizations that support them. Republicans in the House said Wednesday that the bill unfairly targets the religious institutions.

“This is a bill that is not needed,” she said. “This is not consumer protection. This is intimidation of people who are faith-based and whose activities are driven by religion.”

Democrats argued that the measure does not silence the pregnancy centers but instead puts a stop to misleading information. Some of the centers have been accused of making deceptive statements on billboards, buses, brochures and websites. 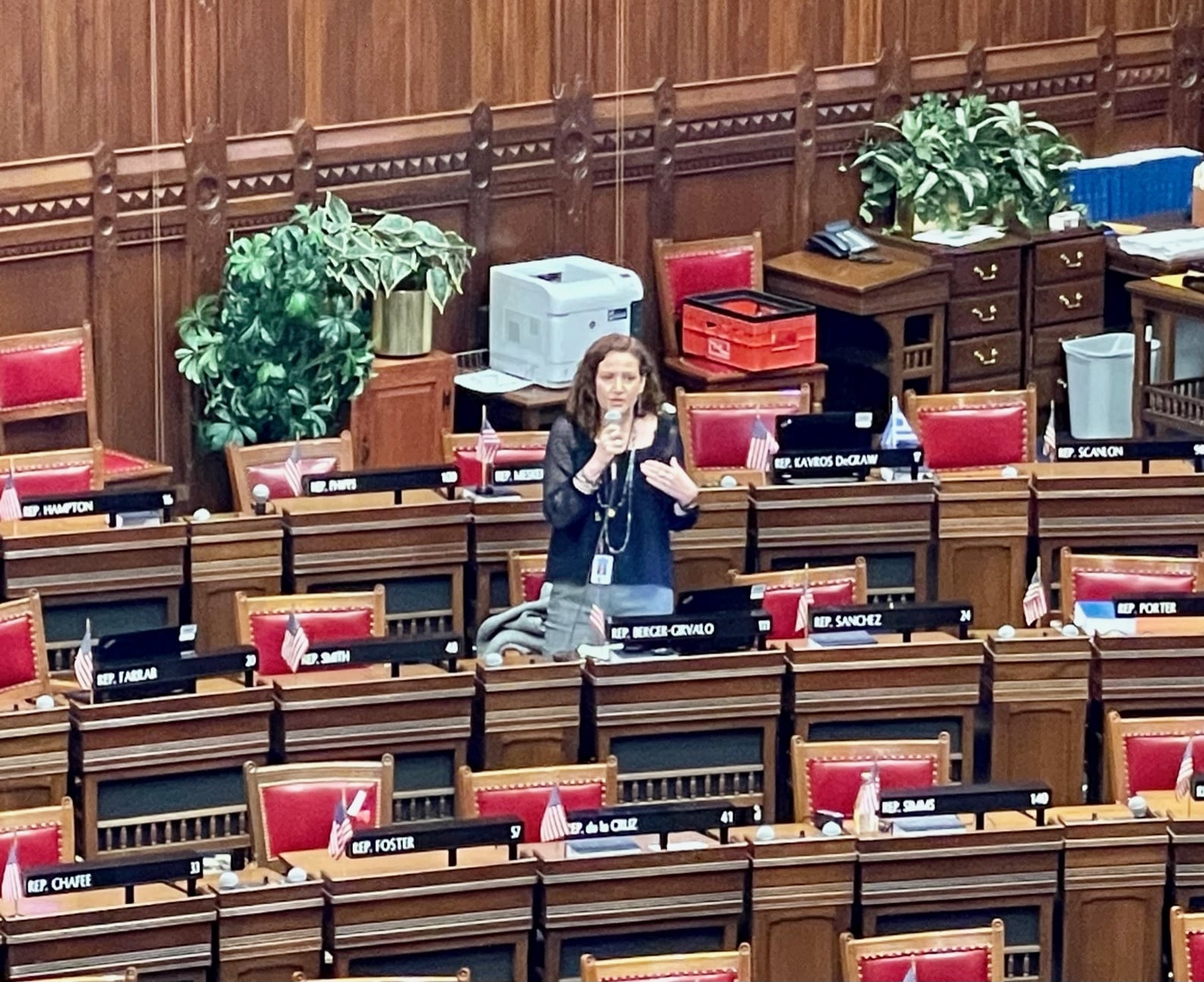 “It’s not about criticizing that maybe one place offers services that would help a woman go to full term and have a baby or not. It’s about making sure that if you are approaching a service provider for assistance in your time of need – and this is certainly a time of need for many women – that you are receiving the correct information,” said Rep. Eleni Kavros DeGraw, D-Avon. “We need to do our very best to ensure for all of the women in Connecticut, regardless of the choices they are making when they find themselves pregnant, that they are receiving the very best care possible.”

Rep. Aimee Berger-Girvalo, D-Ridgefield, described her own personal experience with an unwanted pregnancy and the feeling of vulnerability when she pursued an abortion.

“Even knowing that I was in a place where I could make decisions for myself – informed decisions – with my partner, there was still an opportunity to be challenged by those who thought that what I was doing was not right, was not OK, was not acceptable,” she said. “These people had very specific, legal rules that they had to follow in challenging my choice. And they pushed – literally pushed – there were hands on me; I was moved. This has nothing to do necessarily with deception. But I was terrified. I was intimidated. I knew I was right. I knew that they were wrong.”

The measure won passage in the Senate earlier this month.

Lamont’s office did not say when the governor would sign the bill. A spokesman for Lamont said the governor is reviewing the measure.