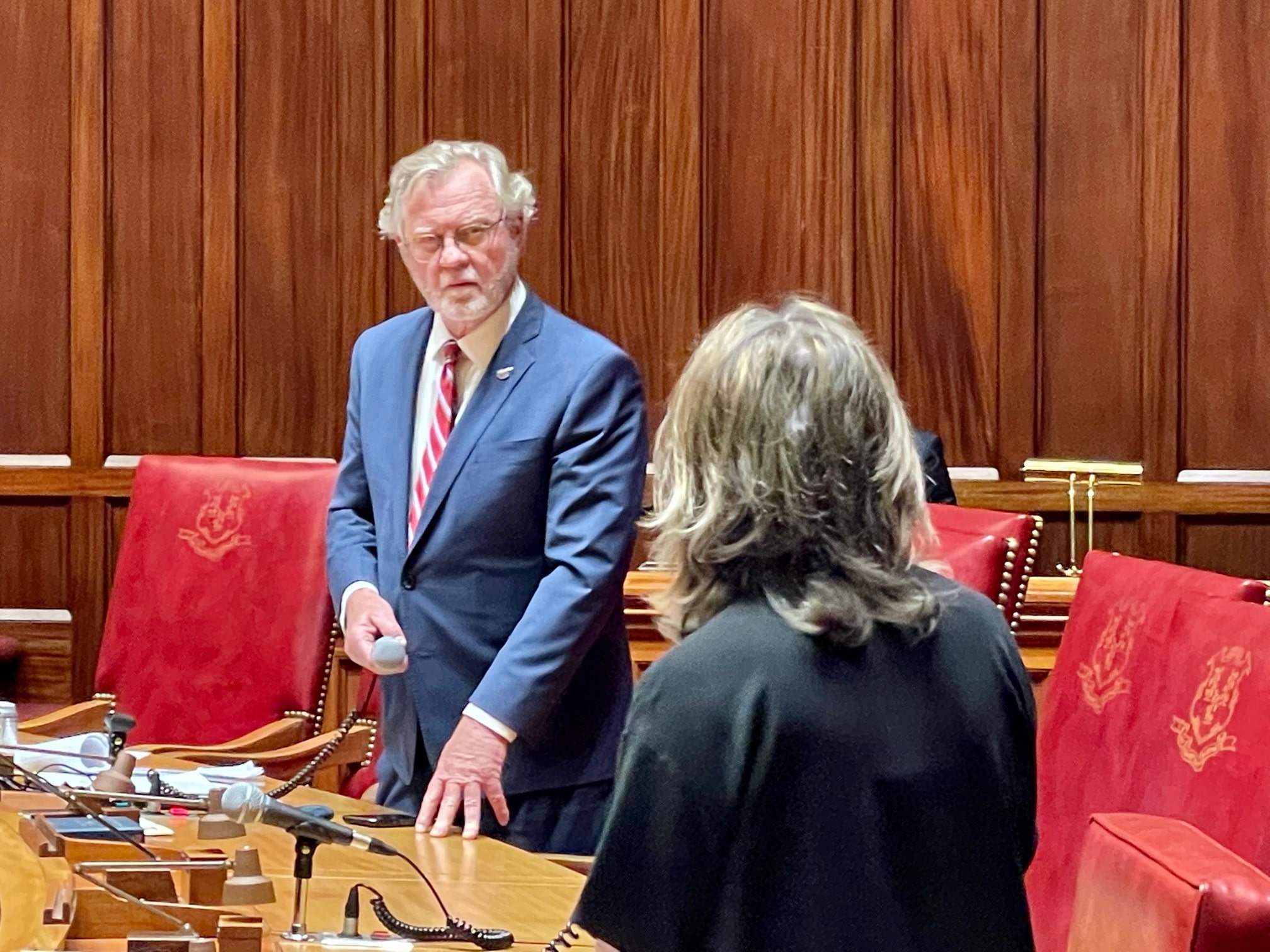 Connecticut would become the second state after Oregon to guarantee employees of national retailers, fast-food franchises and restaurant and hotel chains stable shift schedules under legislation passed Tuesday night by the state Senate.

Passage came shortly before midnight on a 20-16 vote after a five-year lobbying campaign by the Working Families Party and other progressives, a battle that seemed to turn during a pandemic that raised the profile of low-wage workers who performed essential jobs.

A compromise amendment limits the reach of the bill to companies with at least 500 employees, up from 250 in the original version, exempts the nursing-home industry and reduces the required notice for shift changes from 14 to seven days.

The legislation, which now goes to the House, requires employers to pay workers half of their regular pay rate for any scheduled hours that the employer cancels or reduces after the employee reports to work for the scheduled hours or less than seven days in advance.

By applying only to restaurant companies with at least 30 locations, the bill is drawn to exempt the small and independent restaurants that dominate the influential Connecticut Restaurant Association. But its  membership includes franchisees, who are covered because of their relationship to national changes, like Dunkin’ Donuts and Subway.

The association opposed the bill, a position reiterated in a statement quickly issued after passage by Scott Dolch, the executive director. He urged the House not to take up the bill.

“If Connecticut passes this law, we will be only the second state in the country to do so. It begs the question, if we want to be ahead of the curve when it comes to our post-COVID economic recovery, is now the time for Connecticut to be passing laws like this? The answer is no,” Dolch said.

The bill was seen by the union-financed Working Families Party as related to two significant labor bills passed in 2019: a law eventually raising the minimum wage to $15 and another creating a paid family and medical leave program.

“For us, it’s sort of the third leg of the stool,” said Carlos Moreno, the state director of the Working Families Party.

Republicans voted as a bloc in opposition, joined by four Democrats: Joan Hartley of Waterbury, James Maroney of Milford, Norm Needleman of Essex and Cathy Osten of Sprague. None of the four Democrats spoke, but a procession of Republicans rose to furiously denounce the bill as a government overreach into the inner workings of business.

“It interferes with free people making their own decisions,” said Sen. Rob. Sampson, R-Wolcott, who called the legislation the latest in a series of anti-business measures.

Sen. Paul Formica, R-East Lyme, a restaurant owner, called it a betrayal to his industry, admitting that his business would not be directly affected, at least not immediately.

“This could be the camel’s nose under the tent,” he said.

Democrats hailed the bill as an overdue reward for shift workers, many from communities of color, who suffered higher rates of COVID-19 infection.

“That’s because so many Black and brown workers go to work in these retail operations, in these restaurants, in these rest stops, taking care of us while we stay at home safe,” said Sen. Julie Kushner, D-Danbury, co-chair of the Labor and Public Employees Committee.

Senate Majority Leader Bob Duff, D-Norwalk said the bill is necessitated by shifts in the workforce, where workers get by with multiple part-time jobs. Last-minute shift changes weak special havoc with such workers, and the bill is an opportunity to help them, Duff said..

“They are now faced with working not one job, sometimes not just two jobs, but maybe three jobs,” Duff said. “I think about my constituents just trying to put food on the table, to pay their rent or their mortgage, maybe have those little extras for their family.”

While Connecticut would be only the second state with a so-called fair schedule law, New York City, San Francisco, Seattle and other municipalities have similar ordinances. New York City recently sued Chipotle, accusing the restaurant chain of numerous violations.