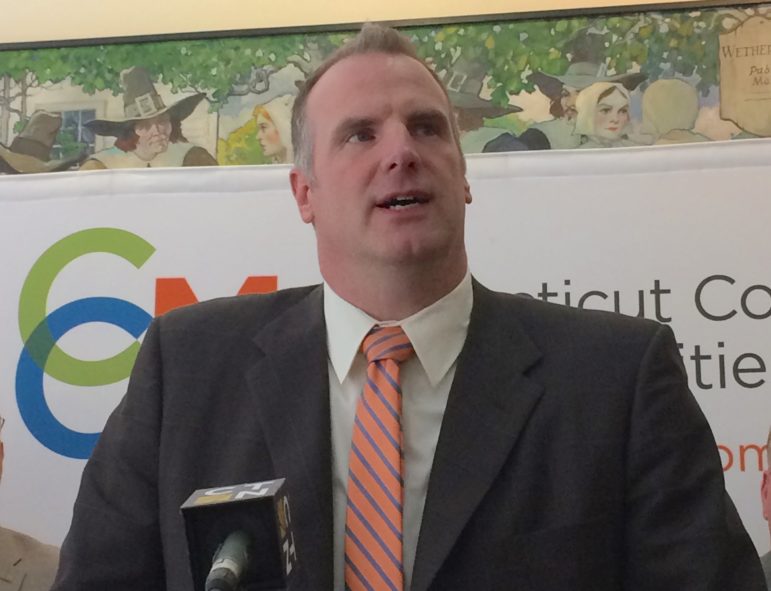 The House of Representatives approved a bill Wednesday afternoon that would make it easier, politically, for municipalities to merge services.

The bill, which now heads to the Senate, gives cities and towns the option of merging services regardless of whether local charter provisions appear to block such a move — an accommodation requested by the Connecticut Conference of Municipalities.

“This is a step in the right direction,” CCM Executive Director Joseph DeLong said shortly after the Democrat-controlled House voted 88-59 to approve in a vote largely along party lines.

Though many of Connecticut’s smaller communities are governed solely by state statutes, other towns and cities rely on locally drafted charters that set additional rules.

Those charters rarely prohibit two communities directly from combining services, a cost-saving move that state legislatures increasingly have tried to promote over the past decade.

For example, a charter might specify that a town’s fire chief is appointed by its mayor or first selectman. But what happens when that community wants to merge fire protection services with another town and form a regional board to hire the chief?

“Towns are running out of options” to contain property tax rates, said Rep. Sean Scanlon, D-Guilford, who co-chairs the legislature’s Finance, Revenue and Bonding Committee and who introduced the bill.

If two municipalities want to merge a service, and if the venture is approved by their respective legislative bodies, he said, then they shouldn’t have to go through the formal process of charter revision to achieve the savings.

“Town charter revisions are a major undertaking,” DeLong said, adding it usually involves appointing a formal oversight board that conducts hearings and meetings for weeks or months.

They also involve significant costs for legal counsel and clerical services, and they tend to be comprehensive, he said.

In other words, charters normally aren’t revised just so two towns can combine garbage collection services. If the process is started, it usually means the municipality is going to consider a wide array of potential changes to its governing structure.

The bill also does not require public-employee unions in neighboring communities to merge just because services are combined. Staying with the hypothetical merger of two local fire departments, if each department’s firefighters are unionized, the two affected bargaining units have the option of negotiating separately or jointly with the new regional fire service.

But Rep. Charles Ferraro, R-West Haven, said it would be a mistake for state government to unilaterally negate all municipal charters with a “top-down, one-size-fits-all regulation.”

“I haven’t found a selectman yet who’s giving away his home rule,” Ferraro added.

Scanlon responded that the measure not only remains entirely optional — but also isn’t new.

CCM first raised this concept in a 2017 report to the General Assembly.

“This is not an issue or idea that I cooked up in my head,” Scanlon added. “It certainly seemed like an idea that was worthy of discussion.”