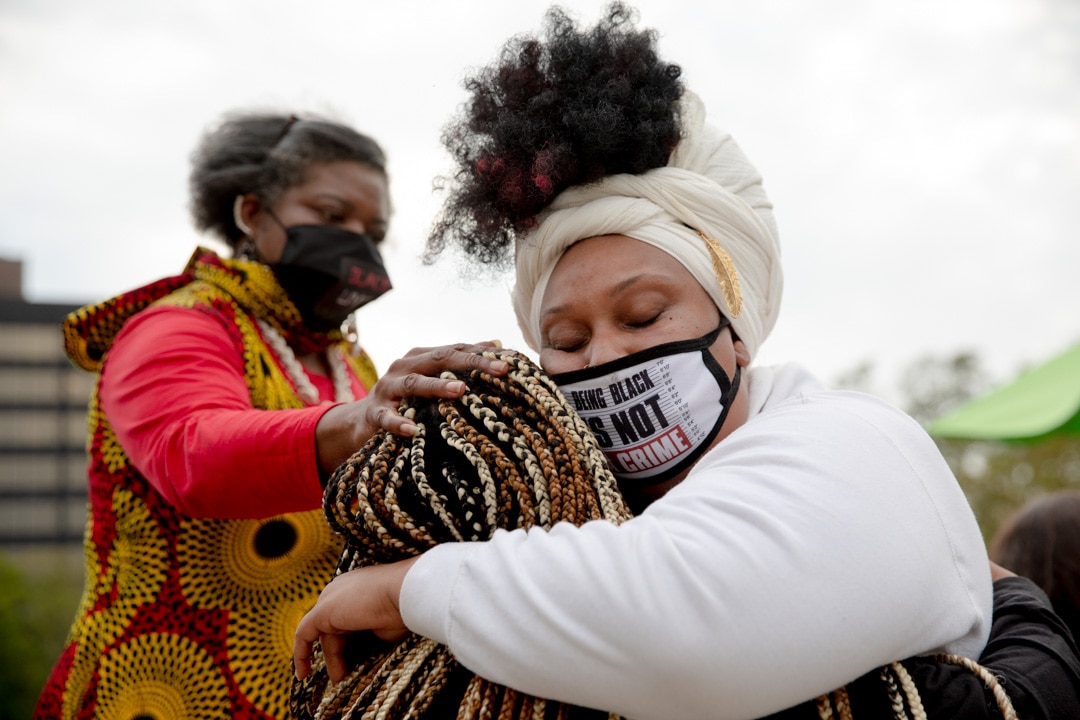 Sun Essence gives a hug to Attallah Sheppard as she cries after giving a speech during a Black Lives Matter protest in New Haven.

The state House gave final passage Tuesday to a sweeping measure that declares racism a public health crisis in Connecticut and would trigger a deeper exploration of the effects racism has on public health.

The 114-33 vote caps a year of pleas from advocates and activists to adopt the declaration at the state level. Twenty-one Connecticut municipalities have already declared racism a health crisis and are taking steps to fight it.

As early as last summer, advocates had called on Gov. Ned Lamont to issue a declaration, though the governor said any changes he made through executive order would be limited in duration. Proponents have also implored the legislature to address the matter.

“This is an important step to redress the health inequities that are impacting people of color in Connecticut. This is the start of systemic change and not symbolic change,” said Tekisha Dwan Everette, executive director of the nonprofit Health Equity Solutions, which has been pressing for the declaration at the state level and tracking communities that adopt it. “We applaud the General Assembly for their clear action … and we urge the governor to sign the bill.”

The bill approved Tuesday requires better data collection on race and ethnicity in health care, mandates that hospitals conduct implicit bias training for employees who provide direct care to pregnant or postpartum women, requires that the public health commissioner study the development of a recruitment and retention program for state health care workers who are people of color and directs the health department to explore whether to create a certification process for doulas. 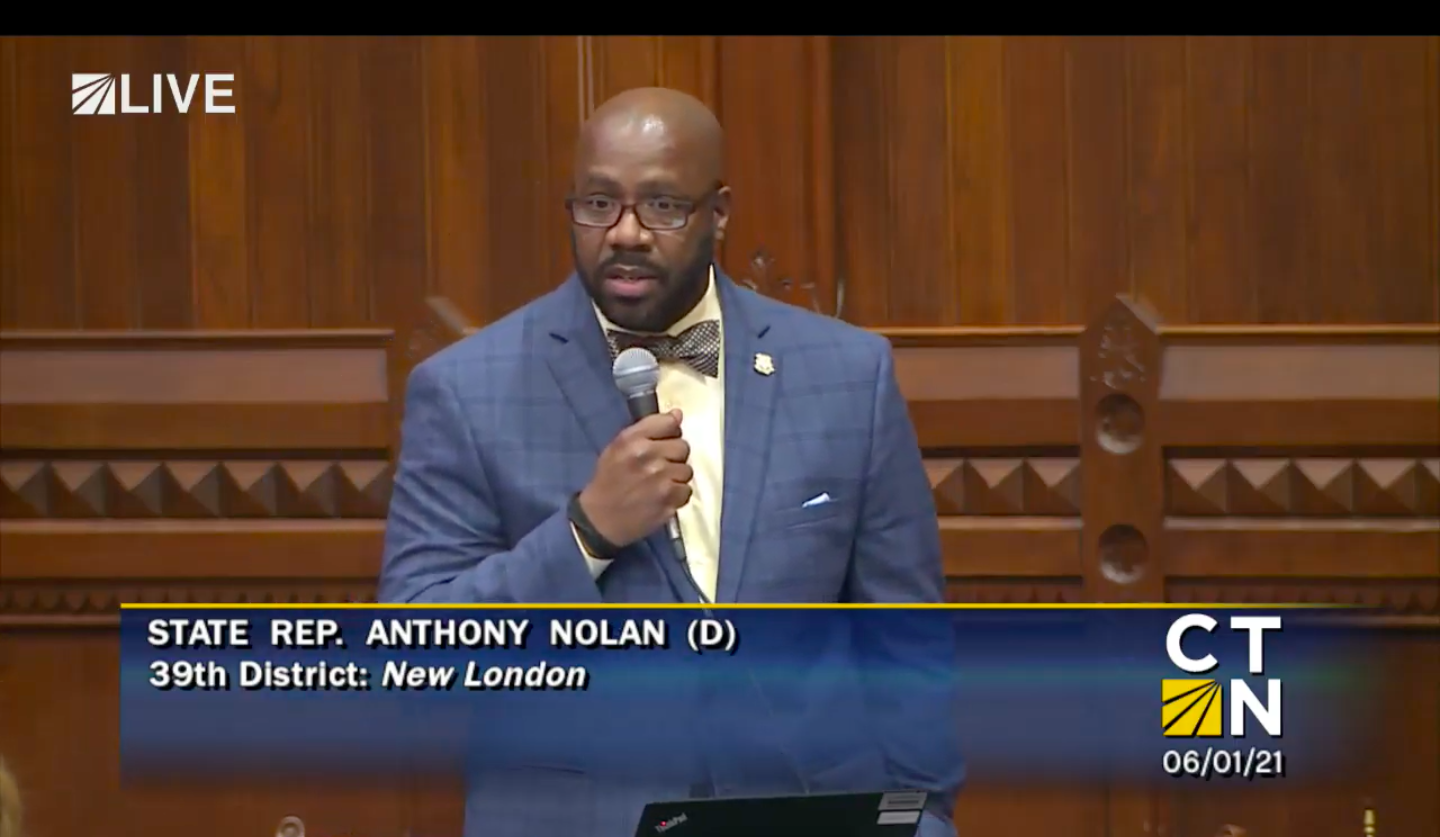 “Racism is difficult to tackle because it essentially is known to require the redistribution of power, wealth and resources,” Rep. Anthony Nolan, a Democrat from New London, said Tuesday.

The measure also establishes a “gun intervention and prevention” advisory committee to consult with community groups, victim service providers, researchers and others and to identify strategies for reducing gun violence. The panel would be required to submit a report on its findings and recommendations by Jan. 1, 2022.

The proposal received overwhelming support among Democrats but divided Republicans, with 22 voting for it and 32 voting against it. Only one Democrat, Rep. Kerry Wood of Rocky Hill, voted in opposition.

“Racism is difficult to tackle, because it essentially is known to require the redistribution of power, wealth and resources,” said Rep. Anthony Nolan, a Democrat from New London. “So when talking about something as such, there will be a feeling of strong opposition. And there will be a feeling of fear, because we are equalizing the world for those who are not given equality. That doesn’t mean you’re losing out on anything. It just means you’re allowing those who have been held back, stopped and forgotten to get … what many others have.”

Under the bill, a commission on racial equity in public health would be formed to examine the impact of racism “on vulnerable populations within diverse groups … including on the basis of race, ethnicity, sexual orientation, gender identity and disability, including, but not limited to, Black American descendants of slavery.” The panel would be required to submit a report to the state’s Office of Policy and Management and to the Public Health and Appropriations committees by Jan. 1, 2022 and every six months thereafter outlining recommendations and documenting progress.

The data collection initiative asks state agencies, boards and commissions that gather demographic information on race, ethnicity, language or ancestry in the context of health care to:

“Racism is deeply embedded throughout our systems, policies and culture,” said Rep. Brandon McGee, D-Hartford. “While the national and international protests in response to the murders of – just to name two of many – George Floyd and Breonna Taylor initially spurred declarations throughout this country and even here in the state of Connecticut, racism has been a public health crisis since the founding of this country; not just last week, and not just throughout the summer of 2020.” 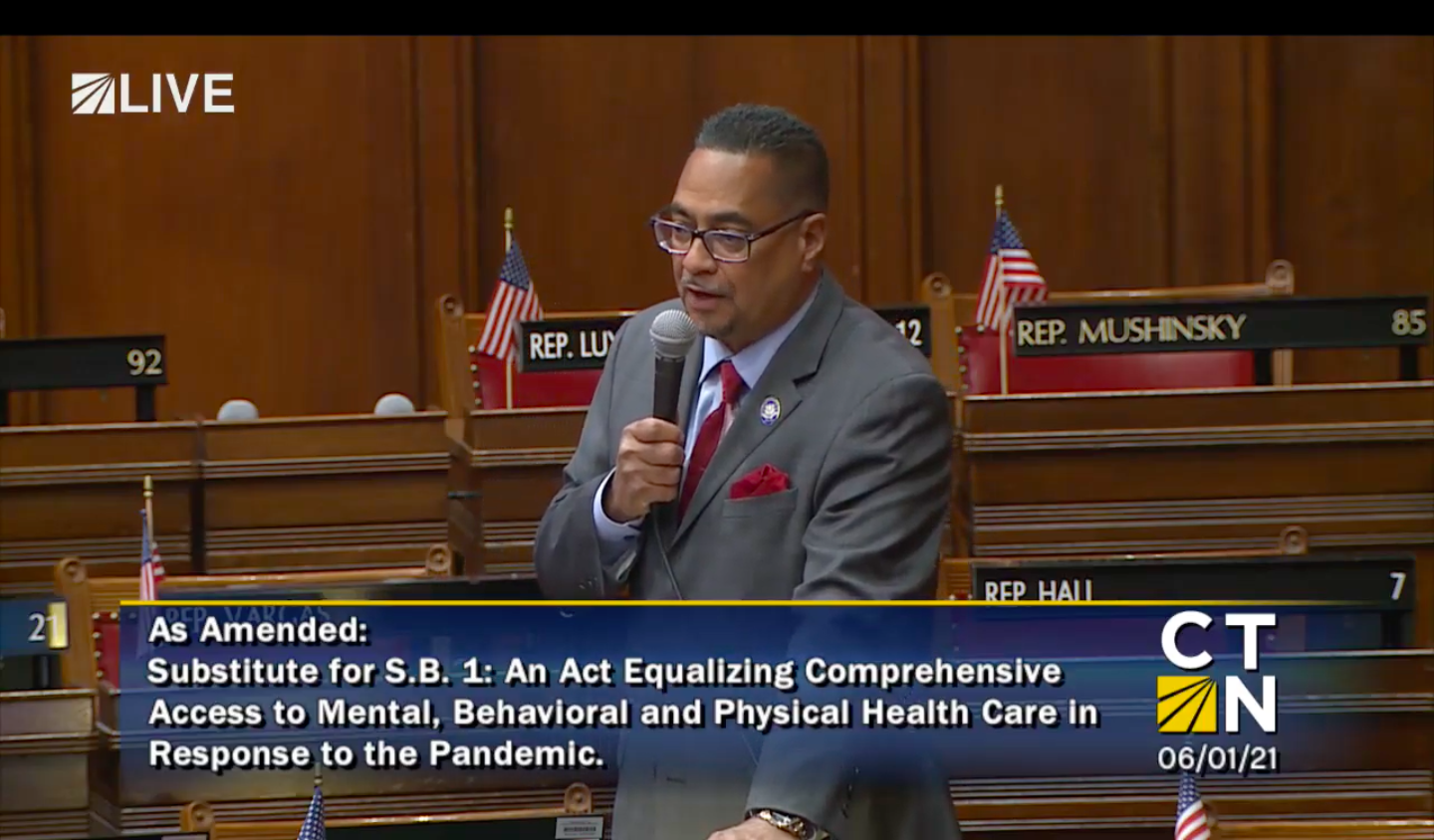 “I grew up poor. I can tell you how redlining works, because … I was moved out not once, not twice, but three times because of redlining,” Rep. Geraldo Reyes, D-Waterbury, said during Tuesday’s debate.

Several Republicans took issue with the bill. Some disagreed with the underlying premise that racism is a public health crisis. Others opposed small sections of the measure, including one that states the commission on racial equity should issue recommendations in a litany of areas, such as “the impact of zoning restrictions on the creation of housing disparities and these disparities’ impact on public health.”

“It’s true that there’s only one little portion of [the bill] that mentioned zoning. But that one little portion opens the door to a study with regard to virtually every aspect of zoning in this state,” said Rep. Doug Dubitsky, R-Chaplin. “That should have gone through the Planning and Development Committee. There’s been plenty of discussion all session about zoning, about disparities in zoning and about what to do about it. That’s where this discussion should have been.”

An amendment seeking to strip language about zoning from the bill failed.

“I’m very concerned about this bill that comes out straightforwardly saying that all of us – everyone here, our whole state – has to accept as fact that racism, which is to judge people by their skin color, by their ethnicity, that that is blatantly happening everywhere in public health in this state,” she said. “You’re asking us to accept something that is not true. … I’m sorry to tell you, but you can write it in the skies and it still won’t be true. Because the people of Connecticut do not go around judging each other based on their skin. I don’t know one person that does that. This is very cynical, and this is not what I stand for in our state.”

Rep. Geraldo Reyes, D-Waterbury, shared his own experience with racism.

“I have to tell you that as a person of color and a person who has actually, firsthand, received racism as a normal [thing], especially when I was growing up in a community that didn’t look like I am – we would be remiss to say that things in this state are not racist,” he said. “We would be missing the boat completely. Our family came here in the 1950s. And I listened to my grandmother’s story about the racist things she went through and what she tried to do to make sure that my mother and all of us didn’t have to feel the same wrath that she did.

“I grew up poor. I can tell you how redlining works, because … I was moved out not once, not twice, but three times because of redlining.”

The bill also mandates that the Department of Public Health undertake a review of the state’s response to the COVID-19 pandemic. A report on the findings would be due to the legislature’s Public Health Committee by Feb. 1, 2022 and should include recommendations for policy changes, for improvements in the administration of mass vaccinations, for the utilization of personal protective gear during a public health emergency, for the care of patients, and for conducting outbreak investigations.

The measure cleared the Senate last month. It now heads to Lamont for a signature.