Some House Democrats admonished for drunkenness 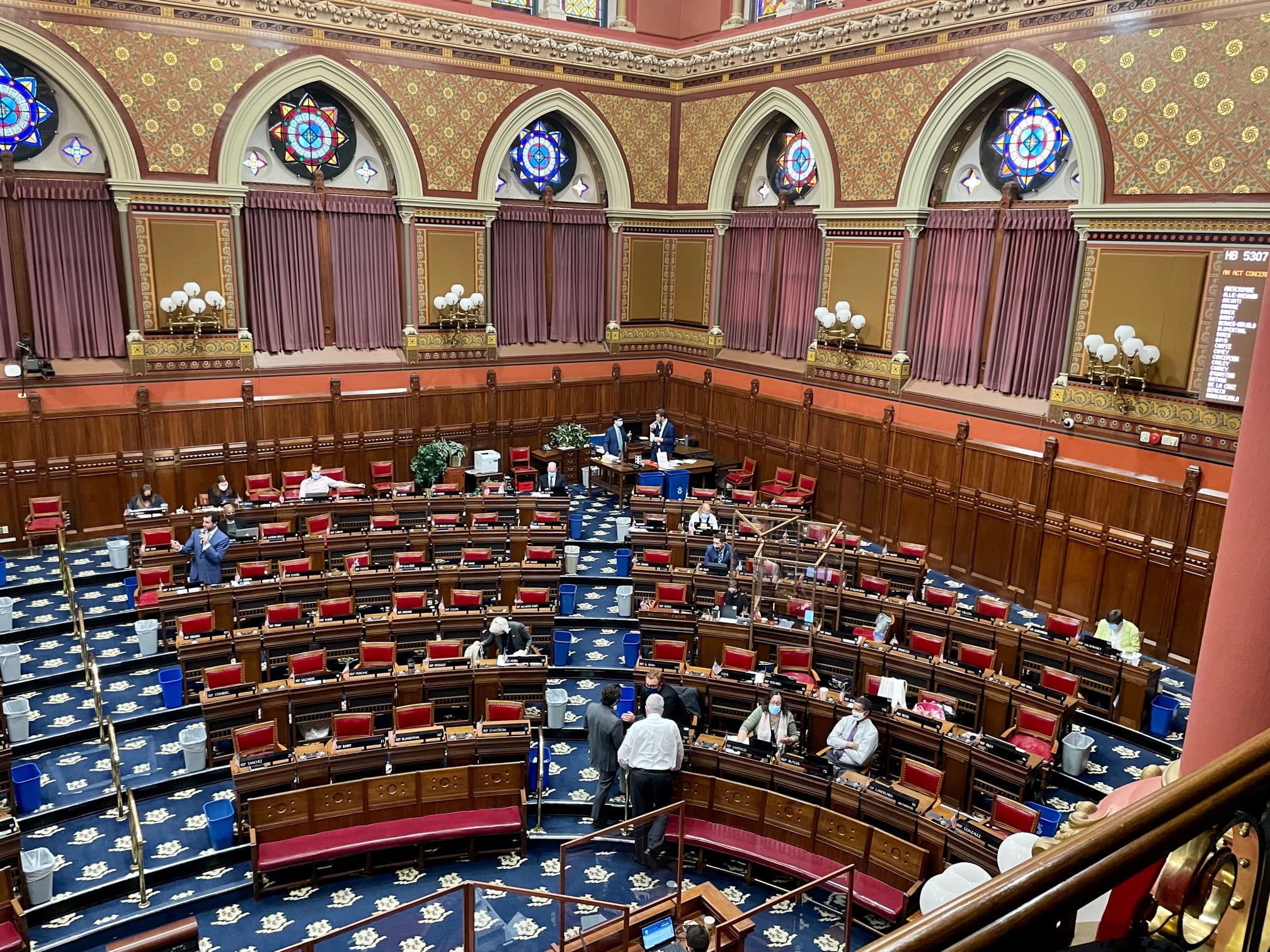 Most Democrats have watched debates and voted from their offices this year, precaution against COVID-19.

House Speaker Matt Ritter, D-Hartford, acknowledged Wednesday that remote voting from the Legislative Office Building, a change of rules and culture during the COVID-19 pandemic, has contributed to incidents of drunkenness during House sessions.

Last week, Ritter said, he and House Majority Leader Jason Rojas reprimanded lawmakers who had been drinking while isolated at the LOB, the office building on the state Capitol campus closed to the public and all but a skeleton staff this year.

“It’s fair to say that myself and Jason have admonished people,” Ritter said. “I think the incidents are a little more isolated, maybe not as widespread as some might think, but there’s no question that we expect people to be adults, to understand the consequences of their decisions.”

Ritter addressed the drinking two hours after Kevin Rennie, a former lawmaker who blogs about politics and writes a column for The Hartford Courant, posted an item about the drinking in his blog.

House Republicans already had largely placed the LOB off limits to their members to promote cohesiveness, not out of concern about misbehavior, said House Minority Leader Vincent J. Candelora, R-North Branford.

“At this point, all things are on the table,” Ritter said. “The message was sent loud and clear over the Memorial Day weekend, and so far, things have held tight, but I have my staff, extra staff, over the LOB right now. And if we have to make additional modifications, we will. We’re taking this very, very seriously.”

Before the 2021 session opened in January, House leaders agreed to limit  the number of members in the House chamber at any time, a successful precaution against COVID-19. No member of the House has tested positive for the virus in the session that opened in January, Ritter said.

Lawmakers can watch debates and vote via an app on their computers, as long as they are in the Capitol or the LOB.

In recent weeks, with most members vaccinated and infections dropping, Republicans called back their members from the LOB. Some are continuing to vote remotely, but they are doing so in the Capitol, Candelora said.

Both caucuses provide meals to legislators on session days, most often box lunches. The Democrats have distributed the food in the LOB, while the GOP now delivers them only to the Capitol.

“We moved all the food over here.,” Candelora said. “We moved all of our members over here. We have pretty much well over 50% in the chamber. And so they’re engaged in the process. So I’m really not concerned that there’s any sort of widespread drinking in our caucus. But I am concerned about what I have seen over the last couple of weeks at the Legislative Office Building.”

Candelora said the time has come to limit voting to the Capitol, though not necessarily in the chamber.

“Given that everybody’s vaccinated, we need to trust the science, and while you can remote vote, you can remote vote in the caucus room” in the Capitol, he said. “So many of our members who aren’t sitting in the chamber are at least sitting around the tables together voting. And that’s the way it should be, because it’s where you learn about the bills and where you’re better able to do your job as a legislator.”

Rennie’s blog item focused on the inability of Rep. Robin Comey, D-Branford, to explain a bill on the House floor Thursday night. Her voice was distinct, but she struggled to complete sentences.

Rep. William Petit, R-Plainville, who is a physician, tended to her. A Capitol police officer with a medical kit arrived. She left the chamber under her own power.

Comey, who did not return a call for comment, issued a statement of apology Wednesday afternoon about her behavior last Thursday.

“I suddenly and unexpectedly began to feel unwell,” Comey said in a statement. “This was due to several factors, including anxiety, exhaustion, and, regrettably, the wine I had with dinner. In an abundance of caution, I did not drive home and remained in Hartford until the following morning. This type of behavior is not typical for me. I take full responsibility for my error in judgement.”

There is a history of late-night drinking at the Capitol in the last weeks of the annual session, with debates often stretching well past midnight. The advent of CT-N, which provides voters a video window into the Capitol with gavel-to-gavel coverage, has had a moderating effect, as had greater public awareness of the dangers of drunken driving.