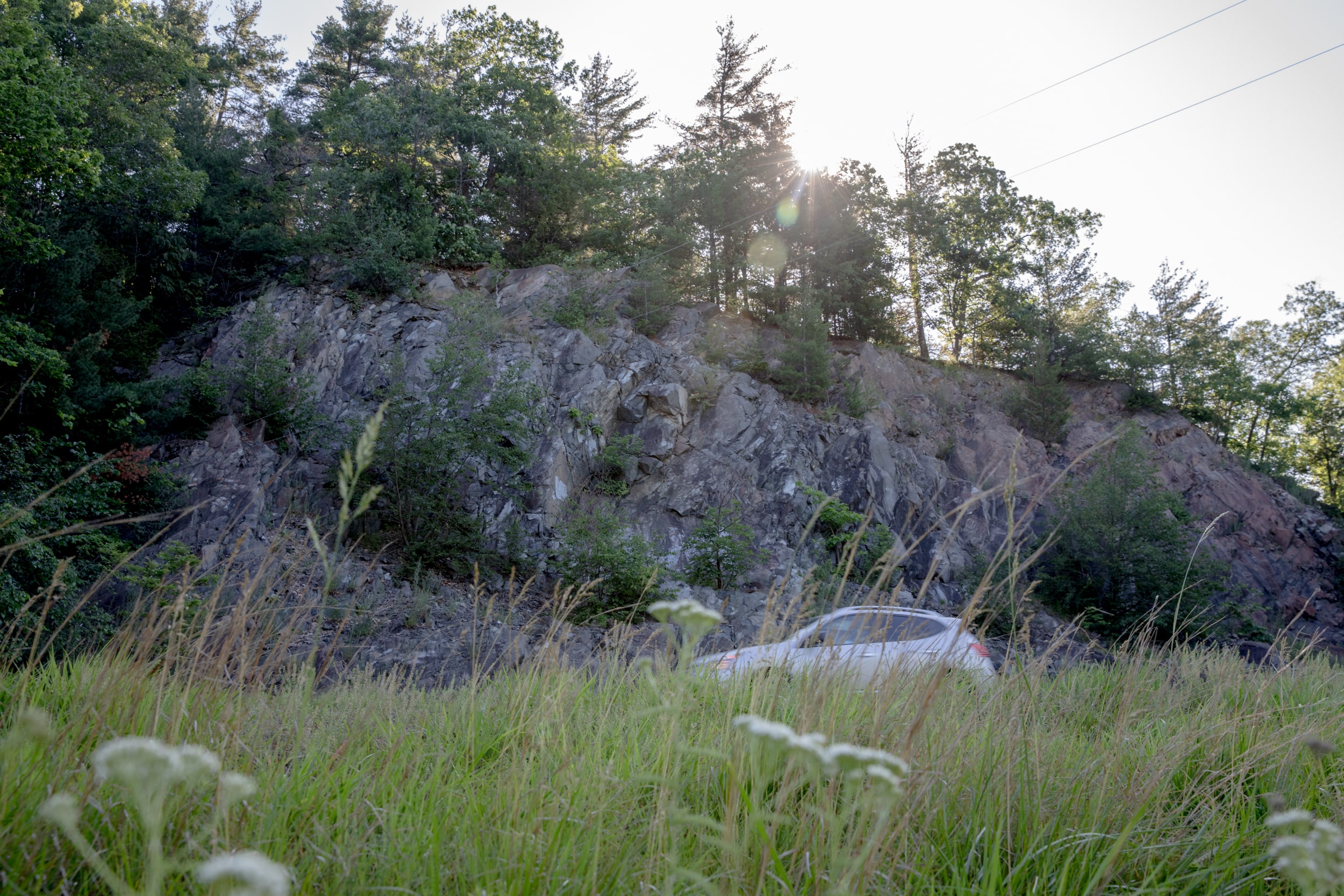 A wooded traprock ridge that looms over Route 44 in Canton. A developer, Mark Greenberg, proposed excavating part of the ridge for a 20-dispenser gas station, electric vehicle showroom and convenience store.

The town’s Planning & Zoning Commission on Wednesday rejected an application by developer Mark Greenberg to blast and excavate part of the ridge line to build a 20-dispenser gas station, electric vehicle showroom and convenience store.

“We’re very happy with the decision and really appreciative of the commissioner for all the thought and time that they put into this lengthy application,” said Jane Latus, who heads Canton Advocates for Responsible Expansion, a local land-use group that opposed the project.

The commission determined that the ridge line on Route 44 was a scenic and cultural asset for the town as well as a state resource, and that the removal of 120,000 cubic yards of rock was inconsistent with the town’s plan of conservation and development.

The controversial proposal, aired at a series of public hearings over the last several months, drew hundreds of opponents and only a handful of supporters and offered a window into specific aspects of land use and regulation in the state. Many said the project would ruin the scenic entrance to the town and was out of scale with other structures along the road. They also raised the possibility that blasting could induce pollution from a nearby state Superfund site to migrate and pollute area wells, or could cause area wells to lose capacity. Experts disagreed on whether this would happen.

Greenberg, who insisted that his proposal was “perfectly safe,” said Thursday that he plans to file a new application to develop the site.

He said that while it was premature to describe his new concept in detail, he said it would be a “less intensive use” and “less invasive” of the traprock ridge. “I will try to preserve the rock face to the best of my ability,” he said.

He had said earlier in the week that he planned to appeal if his application was denied. He said Thursday he would hold off on that decision until he reads the final record.