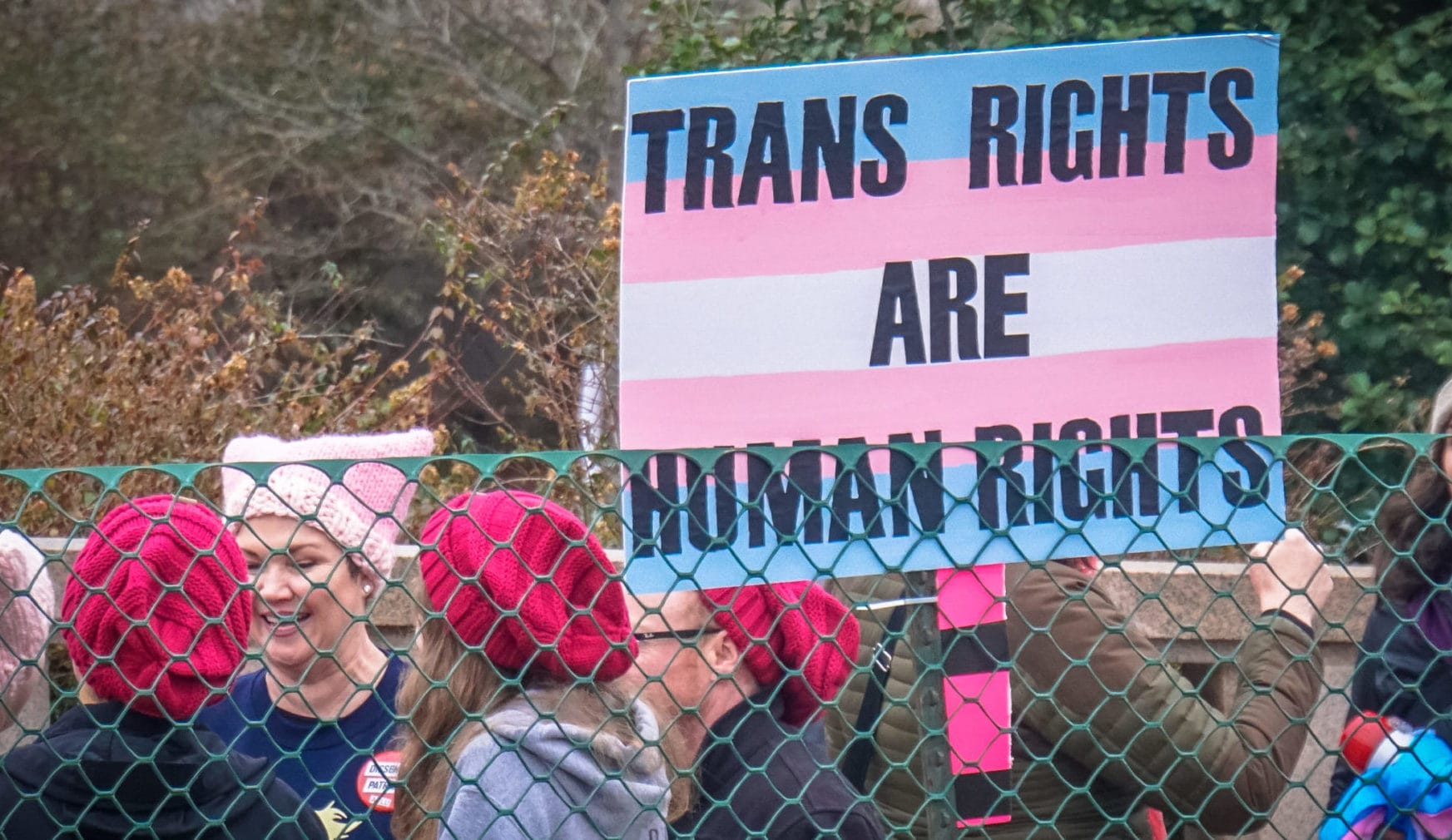 Last month, the Department of Education issued a new interpretation of Title IX, extending protections to transgender students and rejecting the direction that had been taken by the Trump administration.

“The Department makes clear that all students — including LGBTQ+ students — deserve the opportunity to learn and thrive in schools that are free from discrimination,” U.S. Secretary of Education Miguel Cardona said in a statement.

The federal-level interpretation comes as statehouses have passed legislation discriminatory and sometimes harmful toward transgender youths, but its effects might not be immediately noticeable.

Here’s what the new guidance means for transgender students and school administrators.

What is Title IX? And what does it mean to “interpret” a statute?

Title IX of the Education Amendments, enacted in 1972 and signed into law by former President Richard Nixon, prohibits discrimination on the “basis of sex in any education program or activity offered by a recipient of federal financial assistance.”

Erin Buzuvis, associate dean for academic affairs and professor of law at Western New England University, said that Title IX is a statute, enforced by regulations. And then one level below that, there are interpretations.

“In terms of interpreting Title IX, that is the purview of the administration in power,” Buzuvis said. “It’s a matter of saying, ‘This is how we’re exercising the statute.’”

The Education Department’s recent interpretation stems from Bostock v. Clayton County, a case the U.S. Supreme Court decided last year. The ruling upheld the Civil Rights Act of 1964 and protected employees against discrimination based on sexual orientation or gender identity.

“The Supreme Court has upheld the right for LGBTQ+ people to live and work without fear of harassment, exclusion and discrimination — and our LGBTQ+ students have the same rights and deserve the same protections,” Cardona said.

But interpretations can be reversed from one administration to the next, leaving protections shaky. A change to a statute’s regulations, Buzuvis said, would have a more lasting effect — but also take a longer period of time to establish. The Trump administration’s regulations related to sexual assault, passed in 2018 and enacted in 2020, were the first Title IX guidance to go through a formal notice-and-comment process since 1997.

What does the Department of Education’s recent clarification mean for transgender students?

Rodrigo Heng-Lehtinen, the deputy executive director of the National Center for Transgender Equality, said that it was already illegal to discriminate against transgender people, but that the particulars of who was protected under Title IX were heavily contested.

“This announcement now means that transgender youth know definitively that it is illegal for schools to discriminate against them,” Heng-Lehtinen said. “It is a very big deal and puts a harder point on it. It means that they know the federal government has their backs.”

LGBTQ+ students often face disproportionate bullying, harassment and victimization — which has been exacerbated during COVID-19. While learning remotely, students haven’t had access to school-based mental health services and other supports. Over the past year, 42 percent of LGBTQ+ youth seriously considered suicide and 94 percent said politics has also impacted their mental well-being, according to  the Trevor Project, an organization dedicated to suicide prevention among LGBTQ+ youth.

“If you’re a transgender student in school right now and a teacher is harassing you because you’re trans or the school is shutting you out of certain programs, now you’ll be able to file a complaint against that and be in a much stronger position to win against the school,” Heng-Lehtinen said.

“There’s still a lot more to do to make sure schools are really safe,” Heng-Lehtinen said, “but this is a big step forward.”

How does the guidance compare to that of the Trump administration?

Under the Trump administration, the Education Department had issued guidance saying that the Supreme Court ruling did not offer protections to transgender students. Title IX, the administration argued, did not apply to discrimination based on sexual orientation or gender identity.

In fact, the Trump administration threatened last year to withold federal aid from schools that allowed transgender athletes to participate in sports. A federal judge dismissed the lawsuit in April, and under Biden, the Department of Justice revoked support for a lawsuit challenging the rights of two Black trans track runners in Connecticut to compete.

David Hinojosa, director of the educational opportunities project at the Lawyers’ Committee for Civil Rights Under Law, said that protections for transgender students had been in limbo for the past four years and that the new guidance would instruct school districts on what to do.

“Having worked for school districts, albeit briefly, I know that school districts pay attention to guidance from the Education Department,” Hinojosa said. “It could have far-reaching implications as school districts revisit, revise policies or face potential complaints.”

How will this federal stance impact states pushing anti-LGBTQ+ bills?

The clarification doesn’t have an immediate legal impact on undoing any of those state laws. What it does, though, is signal to the states that there will be consequences if they try to test the protections of Title IX, Buzuvis said.

Most school districts and colleges and universities receive some kind of federal money. The new clarification puts many of them at risk of having to decide whether to receive federal funding or break state law.

The Education Department “has never revoked funding under Title IX,” Buzuvis said. “Infractions are usually one-on-one with institutions, not entire states. And institutions typically adjust their policies moving forward to avoid that kind of sanction.”

If the federal government does revoke funding to an entire state, that would be unprecedented, she said.

“Honestly, what’s going to rock my world is when an actual enforcement matter comes up,” she said.

Is this a partisan debate?

It appears so. The majority of anti-LGBTQ+ legislation was introduced in majority-Republican statehouses, including in Montana, Utah, Arizona, Texas, Missouri and Tennessee. Meanwhile, mostly Democratic lawmakers in more than 10 states have filed at least 20 bills that would add protections for LGBTQ+ people.

Politics, more than legal implications, appears to be driving these bills, Hinojosa said.

“These legislators don’t care,” Hinojosa said. “They just want to rally their political bases. They’re not writing the checks that have to defend against the civil rights violations. The taxpayers do.”

Transgender rights, specifically those relating to transgender girls’ participation in school sports, have largely become a litmus test for Republicans running for office. Many conservatives have voiced concerns that trans women will have an unfair advantage against cisgender women.

Idaho was the first state to pass legislation barring transgender women from joining women’s sports teams (though its enforcement was halted by a federal judge). Mississippi, Arkansas and Tennessee followed suit.

And according to a recent poll conducted by Politico and Morning Consult, about 74 percent of Republicans and 40 percent of Democrats support this type of ban.

Some states receive a significant amount of federal funding, up to hundreds of millions of dollars in some cases, Hinojosa said. Even the loss of that funding might not be enough to incentivize a change in state laws.

“I don’t know how much these states are willing to dig their heels in,” Hinojosa said. “They seem to have a no-holds-barred approach to these issues, so there’s no real way of telling.”