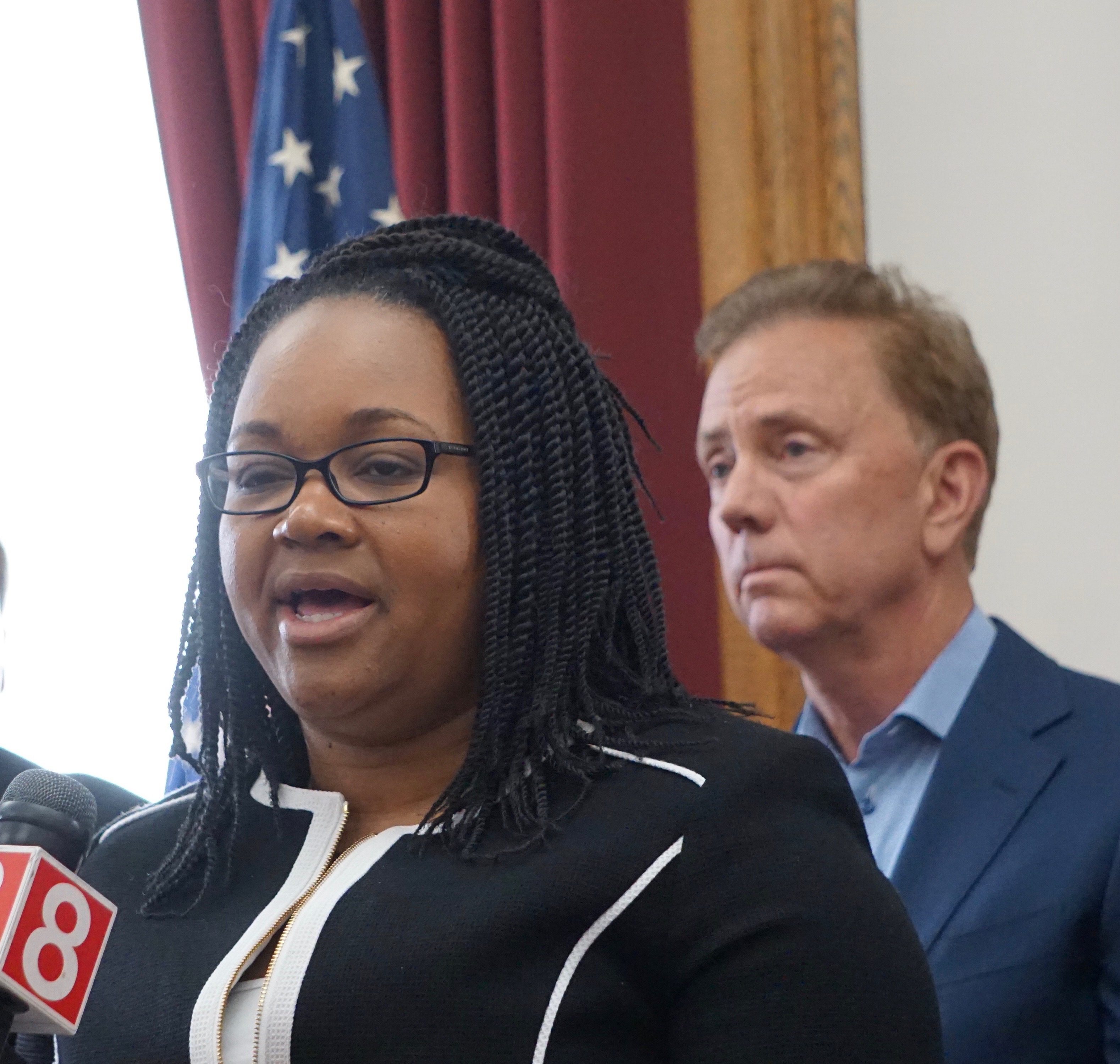 Bracing for a coming wave of managerial retirements, Gov. Ned Lamont is giving the same 7.5% raises to non-unionized managers that union members received over the past four years under a 2017 contract.

“There were wage increases that were not also extended to our managers,” said Melissa McCaw, the secretary of the Office of Policy and Management. “And that has led to significant attrition, and we feel that it is important to provide a true-up to the terms that our union counterparts received over the past few years.”

The increases will cost $13.3 million and the one-time bonuses $2 million. They do not apply to employees in the judicial branch or in higher education.

The sporadic nature of wage and benefit increases to non-union employees has resulted in a rush to unionize by managers and professional employees, including lawyers in the attorney general’s office.

About 600 managers and other non-union workers have unionized since 2010, leaving the executive branch with only 1,400 classified positions not in unions, plus another 300 non-classified appointees who serve at the pleasure of the governor.

“The state of Connecticut has a problem with being able to maintain its management structure and not see them be unionized, in part because the union increases over the years have been unrelenting and nonstop,” said House Minority Leader Vincent J. Candelora, R-North Branford. “So, it’s obviously putting pressure on our management structure.”

There have been years of no general wage increases for unions over the past decade, as well as concessions on retirement and health benefits for new employees.

The announcement comes as the Lamont administration is engaged in contract talks with more than a dozen bargaining unions whose contracts expired on June 30. The administration is not offering them a general wage increase.

Sal Luciano, the president of the Connecticut AFL-CIO, said the governor’s action shows there are sufficient resources for wages to union members, but he did not begrudge the managers their raises.

“That’s great that they’re getting a raise. I mean, part of our goal is to build everybody up, it’s not to tear anybody down,” Luciano said. “That’s true across the board, whether we push to raise the minimum wage, et cetera. So, God bless them.”

Some of the managers are affiliated with a union, AFT, but they cannot bargain collectively.

“We were very gratified that the governor and lawmakers took action to begin basing managerial employees’ pay and benefits on those secured by union members in contract negotiations,” said Monika Nugent, president of the Managerial + Exempt Employees United, AFT Local 6577. “That will begin the long-overdue process of achieving equity and reducing compression in salaries. It should also help to blunt the impact of next year’s ‘retirement cliff’ on the delivery of vital public services.”

Promoted employees are unable to get the minimum 5% percent raises that normally come with promotions because lower-level salaries are near the maximum paid to the higher ranks.

The phenomenon is called “wage compression.”

“This situation, coupled with the uncertainty of future managerial raises, discourages talented candidates from applying for or accepting promotions to management,” said the Boston Consulting Group in a sweeping study of state government released in March.

Josh Geballe, the state’s chief operating officer, said the report underlined what the administration and the governor already knew: Management salaries no longer were competitive.

“He wanted to make it a priority to ensure that as we were looking to bring new talent into management ranks [and] look at the challenges we faced in the years to come with the retirement cliff that’s pending,” Geballe said.

Demographics and a change in retirement benefits are expected to lead to a ware of retirements next year. After July 1, new retirees will wait longer for cost-of-living increases.

“The State faces a significant ‘brain drain’ at the management level,” the Boston Consulting Group warned in March. “With 45% of managers eligible to retire by July 1, 2022, the lack of experienced leadership could become problematic.”

The group also noted that some agencies were management heavy.