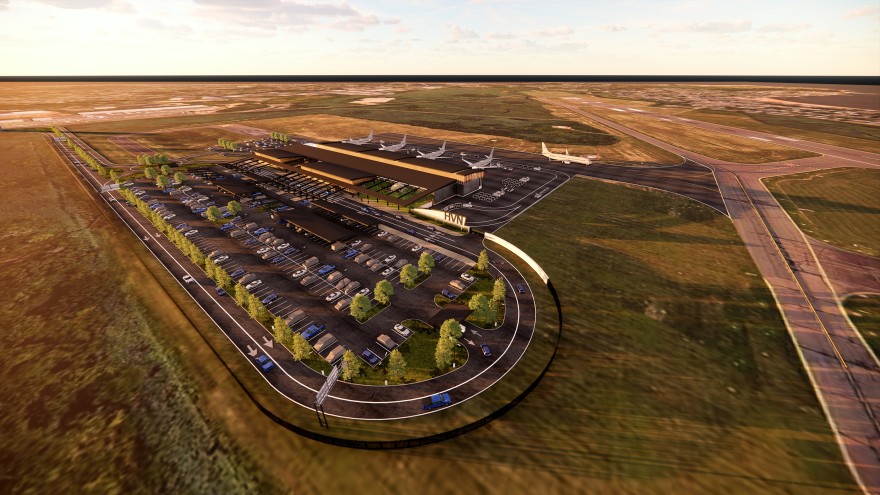 It’s been a tough stretch for the travel industry, but Tweed New Haven Airport could be poised for a comeback.

A new budget airline will begin flights from New Haven this fall, and the company that manages Tweed, Avports, is offering to spend millions to expand the airport. But records obtained by Connecticut Public show the airport is also facing new financial risks.

With $100 million in private investment money on the table, tiny Tweed airport has a huge opportunity.

“I’m a big fan of small airports like Tweed. To me, small is the new big,” said analyst Henry Harteveldt. He adds that passengers today want convenience and shorter lines.

Tweed’s management company also sees untapped potential. Avports is proposing a major expansion, including a new terminal on the East Haven side. But there’s a long road ahead, and if the deal hits a snag, Tweed could be saddled with debt.

Documents obtained by Connecticut Public show the airport will borrow $4 million from the company to renovate the existing terminal. That’s according to agreements signed in May with Avports.

That means the publicly owned, privately operated airport has borrowed money from its long-time management company, the same company angling for a 43-year lease to run the airport.

Avports’ CEO, Jorge Roberts, told Connecticut Public he believes strongly in Tweed’s future. So much so, if officials accept the 43-year lease deal, Avports will forgive that $4 million loan.

“None of these things are easy,” said Sean Scanlon, executive director of the airport authority. But he believes the risk is worth it. “If we can finally get this airport to be self-sustainable, we no longer have to ask the taxpayers of New Haven and Connecticut to help us keep chugging along.”

If the deal falls through, payments on the $4 million loan to renovate the existing terminal will start in six months — although that’s only if the airport is generating revenue. Avports will charge 6% interest, plus 5% in management fees.

“When I saw that amount of money, I thought, ‘Wow, what’s this about?’ said Susan Campion, who lives near the airport.

She was surprised to learn about the loan.

The airport isn’t required to use subsidies for its monthly payments. But Campion worries taxpayers could still get stuck with the bill.

“The very people that are subsidizing this, it’s not a private corporation, it is a community of residents,” said Campion.

New Haven’s Board of Alders will consider the deal in early August.