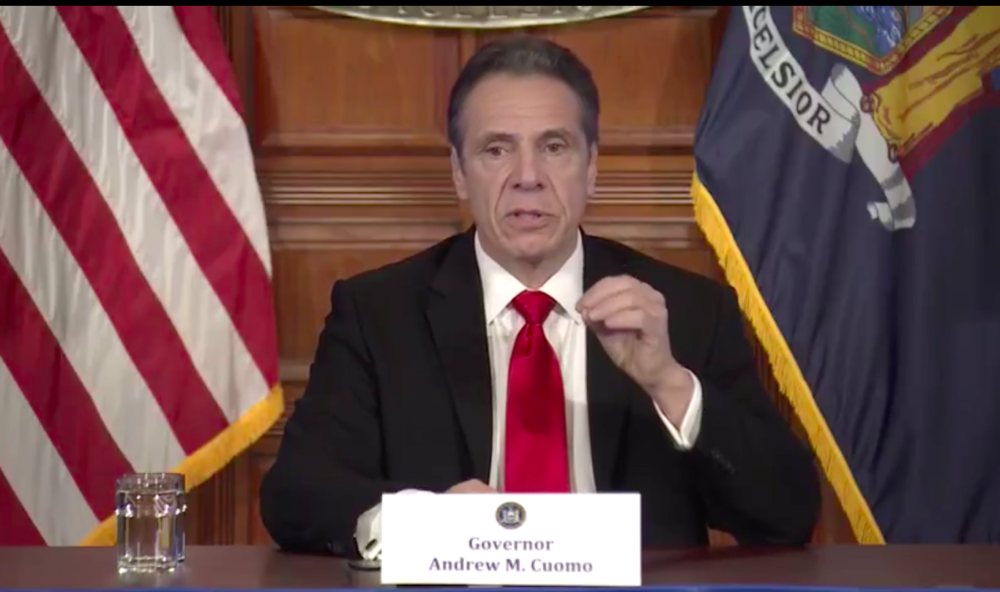 Editor’s note: Connecticut Gov. Ned Lamont, who worked closely with Cuomo and N.J. Gov. Phil Murphy to respond to the pandemic, issued a statement Tuesday saying, “Since I came into office, I have worked hard to have a strong, collaborative relationship with the governor of New York. I just spoke with Lieutenant Governor Kathy Hochul, who will make history as the first woman to lead New York State, and we pledged to maintain a close working relationship for the betterment of our two states and our region.”

In New York, Gov. Andrew Cuomo’s resignation over a sexual harassment scandal means Lt. Gov Kathy Hochul will soon become the state’s first woman governor. Cuomo said in a video broadcast on Tuesday that his resignation would be effective in 14 days, and his announcement came less than an hour after one of his lawyers outlined various objections against the detailed report into allegations of sexual harassment made against him by 11 women.

Hochul, who will serve until January 2023 after assuming Cuomo’s office, is a centrist Democrat who took a 2011 congressional seat that had been reliably Republican prior to her win in a special election. In a statement after Cuomo’s announcement, Hochul said she agreed with the governor’s decision to step down, adding: “It is the right thing to do and in the best interest of New Yorkers.”

New York state Senate Majority Leader Andrea Stewart-Cousins is next in line to replace Hochul as lieutenant governor. She would be the first Black woman to serve in the role in New York. Stewart-Cousins was already the first woman Senate majority leader in the state’s history.

New York has never before been governed by women in both positions of power.

“Today is a somber day for the state of New York, but one that demonstrates our ability to build a more accountable system of government. Governor Cuomo’s resignation opens the door to a restorative future,” Stewart-Cousins said in a statement.

U.S. Senate Majority Leader Chuck Schumer expressed support for Hochul in a statement on Tuesday and said he’d spoken with her on working together in the future. The White House, through press secretary Jen Psaki, said they had not spoken with Cuomo prior to his announcement.

Cuomo’s resignation notably follows the weekend departure of his long-time aide Melissa DeRosa, who was frequently named in the report as leading the executive chamber’s efforts to disparage the credibility of allegations made by Lindsey Boylan, the first woman to accuse Cuomo of sexual harassment, investigators found.

Another accuser, Brittany Commisso, also came forward on Monday to speak publicly about her allegations as “Executive Assistant #1” in the report. Commisso alleged in the report that Cuomo kissed her on the lips at least once and grabbed her breast under her blouse at another point. She outlined a pattern of inappropriate conduct including the governor grabbing her butt during hugs, also during a selfie they both took on New Year’s Eve in 2019.

“There’s a difference between being an affectionate and warm person. Sexual harassment is completely different,” she told “CBS This Morning” in an her interview. “The governor knows that what he did to me and what he did to these 10 other women, whether it be a comment or an actual physical contact, was sexual harassment. He broke the laws that he himself created.”

Prior to announcing his resignation, Cuomo maintained on Tuesday that his actions had not amounted to sexual harassment and that many of the women had misinterpreted his actions as inappropriate, since he often hugs and kisses people casually.

“In my mind, I never crossed the line with anyone,” he said. “But, I didn’t realize the extent to which the line has been redrawn. There are generational and cultural shifts that I didn’t fully appreciate.”

He acknowledged there are “11 women who I truly offended,” adding: “And for that, I deeply, deeply apologize.”

Since the report was released by the New York attorney general’s office last week, Time’s Up Legal Defense Fund co-founder Roberta Kaplan has also resigned, following criticism for her role advising Cuomo and his staff in response to Boylan’s accusations.

Boylan announced through her attorney last week that she plans to “sue the governor and his close advisors for retaliating against her.”

Jill Basinger, Boylan’s attorney, said in a statement that the attorney general’s investigation found “a calculated effort by the governor and his team to send a message to Ms. Boylan and every other survivor to be quiet or face the consequences.”

Human Rights Campaign President Alphonso David was one of several current and former Cuomo aides who “engaged in a flurry of communication” to protect the governor as he faced his first public allegation of sexual harassment as his staff arranged to leak the accuser’s private personnel file to the media and drafted a letter or op-ed that impugned her credibility, the report found.

DeRosa sought David’s input — along with Kaplan and others — on a letter that “denied the legitimacy of Ms. Boylan’s allegations, impugned her credibility, and attacked her claims as politically motivated,” the report found.

After stressing that he found the investigation commissioned by the attorney general’s office to be politically motivated, Cuomo said that he believes that “given the circumstances, the best way that I can help now is if I step aside and let government get back to governing.”

“I believe these brave women & admire their courage coming forward,” Hochul had said in a statement last week, saying the report described “repulsive” behavior. “No one is above the law. Under the New York Constitution, the Assembly will now determine the next steps.”