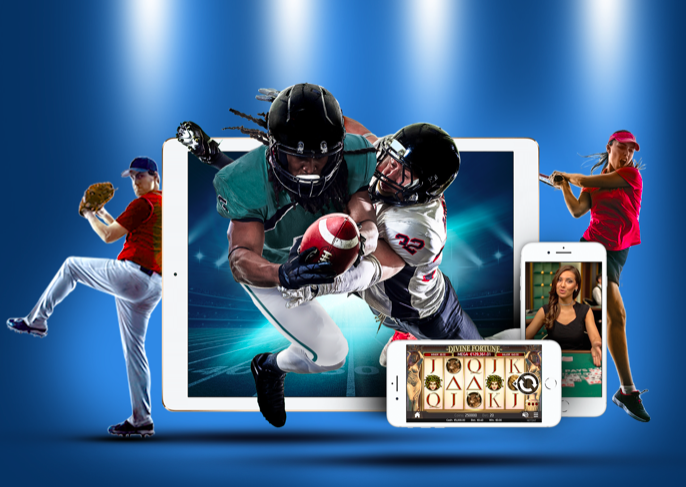 CT Lottery introduced its sports betting partners Thursday, but don’t bet on Connecticut being ready to take wagers for the opening of the NFL season on Sept. 9.

Rush Street Interactive will run the sports book, guaranteeing a minimum of $170 million for the lottery over 10 years, and Sportech will be licensed to take sports wagers at 10 off-track betting locations, including its Bobby V’s sports bars in Stamford and Windsor Locks.

Rush Street has a record of being first to the market where sports betting has been legalized, but Connecticut’s regulatory structure is a work in progress, and federal approval is required for the sports books to open at the two tribal casinos, Foxwoods Resort and Mohegan Sun.

Legislation signed on May 27 by Gov. Ned Lamont granted master licenses for sports betting to the lottery and the casino owners, the Mashantucket Pequot and Mohegan tribal nations. The tribes also were authorized to offer online casino gambling.

“There are so many required steps that are progressing simultaneously,” said Greg Smith, the president of the Connecticut Lottery Corporation. “In terms of getting to a launch date for sports wagering in Connecticut, it’s actually not possible to say when that will be completed.”

Amendments to the state’s gambling compacts with the two federally recognized tribes were submitted on July 26 to the Bureau of Indian Affairs at the Department of Interior, starting a maximum 45-day review period with a deadline of around Sept. 9.

State regulations have been drafted by the Department of Consumer Protection, but they are not yet on the agenda for the legislature’s Regulation Review Committee’s next meeting on Aug. 31.

“Our focus is to be ready whenever the Connecticut opportunity presents itself,” said Richard Schwartz, president of Rush Street. “We have a track record of being first to launch in a wide range of markets. We were first to launch sports betting in Illinois, Indiana, Colorado, first day in Michigan. And so our goal is to be prepared to launch as soon as it’s viable in Connecticut.”

The lottery’s expectation is that the wait will not be too long.

“We are confident we will be taking sports bets this NFL season, in the early part of it. It’s just a matter of what exactly that date will be is still a bit open to consideration,” said Rob Simmelkjaer, chair of the board of the quasi-public Connecticut Lottery Corporation.

The tribes already have sports betting vendors in place, and at least one of them has not given up on taking bets on the first NFL game in 2021.

“The tribe is ready to launch online gaming and sports betting as soon as we are legally allowed to do so, and if everything lines up, September 9th is achievable,” said Rodney Butler, chairman of the Mashantucket Pequots.

The partnership with Sportech was expected for two reasons: The company has an established network of retail outlets for off-track betting, speeding a brick-and-mortar launch expected to come quicker than the online version; and the British company had made noises about possible litigation about being denied a master license.

“We started constructive talks quite quickly,” said Ted Taylor, the president of Sportech. “We’re satisfied with a mutually acceptable arrangement.”

By picking Rush Street Interactive, the lottery is partnering with a company that has quickly grabbed market share in retail and online sports betting, a business that has exploded since the U.S. Supreme Court struck down federal restrictions in 2018.

The financial terms were outlined only in broad terms, with few details beyond the guarantee of at least $170 million in revenue to the lottery over 10 years. CT Lottery has a “short-form” agreement with RSI, with further details to be negotiated. Simmelkjaer said the “majority” of net gambling revenue will go to the lottery.

“We chose RSI for a number of reasons. First of all, from the purely financial point of view, we graded and we perceive their offer to be the best offer among the ones that were received from various bidders,” Simmelkjaer said. “I was public in my desire for us to receive at least 50% of net gaming revenue, and their offer did achieve that for us.”

How net revenue is calculated will be crucial. He said there will be a cap on expenses RSI can charge against gross revenues.

After prizes and expenses, all lottery revenue goes to the state. In the fiscal year ending June 30, the lottery produced profits of $418 million and $925 million in prizes to gamblers. The 2021 gambling expansion law also allows CT Lottery to sell lottery tickets online, which is expected to begin early next year.

Simmelkjaer said RSI has been financially successful in other places, including New York and New Jersey, while offering protections against problem gambling.

Regulations are expected to establish minimum standards for responsible gambling, or “RG” in trade jargon.

“The regulations are in draft form. And we’ve seen that there are some limitations established by mostly requirements for establishing RG controls,” Smith said. “And then what we do know that each system will include is the abilities for players to accentuate those controls so whatever we set them at they can take them to a stronger level.”

The law legalizing sports betting requires  a sports betting venue in Hartford, where city officials have been pushing for a portion of the XL Center as a locale, another in Bridgeport. For the time being, at least, those are outside CT Lottery’s deal with Sportech.

The partnerships were announced on a Zoom video call following a closed-door briefing to the lottery board.

Rush Street is a publicly traded company whose stock price jumped 16.2% on Monday, evidently spurred by speculation it could become a takeover target as the market expands.

DraftKings, a competitor that will run sports betting for Foxwoods, acquired Golden Nugget Online, prompting speculation of industry consolidation, according to the stock tip sheet, Motley Fool. Mohegan Sun has contracted with FanDuel for its sports book.

The NFL season opens on Sept. 9 with a Thursday night game between the Dallas Cowboys and Super Bowl winner the Tampa Bay Buccaneers, led by the 44-year-old Tom Brady.