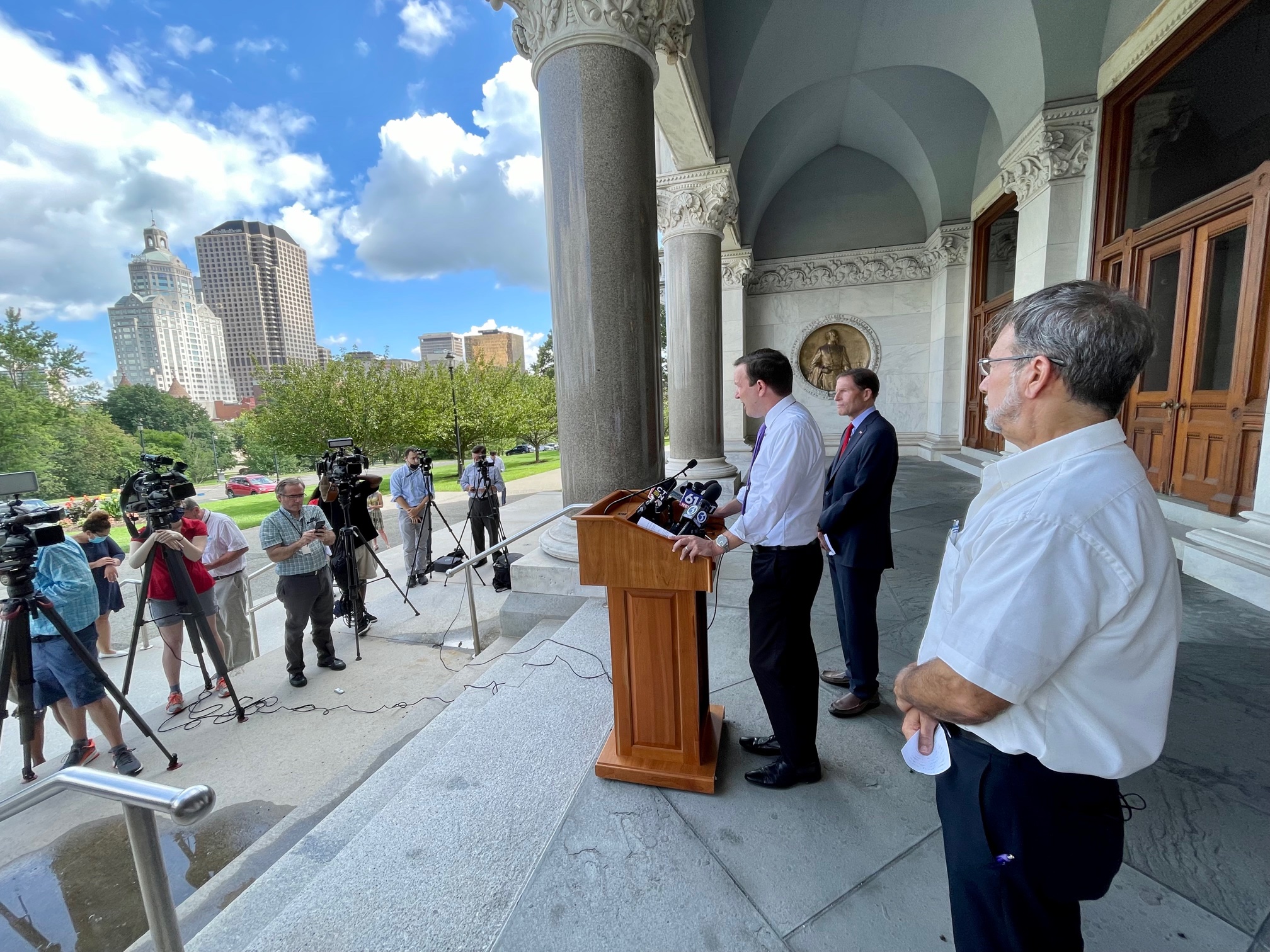 Connecticut’s two Democratic senators broke with President Joe Biden on Tuesday over his refusal to extend the Aug. 31 deadline for withdrawing troops from Afghanistan while U.S. citizens and allies are in jeopardy.

Richard Blumenthal and Chris Murphy said troops must remain as long as it takes to extract Americans and Afghan allies from a nation in chaos since its fall to the Taliban.

“We make a commitment as a country to leave no one behind in a war zone,” Murphy said. “We need to make good on that commitment here.”

Murphy, who chairs the Senate Foreign Relations subcommittee on Afghanistan, is navigating a difficult path in domestic politics, pushing back at the president’s critics and applauding Biden’s decision to end America’s longest war, but not his execution.

“I certainly have been critical of some of the efforts I have seen to try to level unfair criticism at the Biden administration,” Murphy said. “But at the same time, our priority has to be getting everybody out. Arbitrary deadlines put on the United States by the Taliban should be of no relevance.”

A USA Today/Suffolk University poll released Tuesday found Biden’s approval rating dropping to 41%, a jolt to Democrats trying to maintain their tenuous control of Congress in the mid-term elections next year. Biden’s decision to leave Afghanistan was supported, while his handling of the departure was not.

Nearly two-thirds blamed the war on President George W. Bush, who ordered the invasion after the terrorist attack on the U.S. on Sept. 11, 2001. Even more expect that Afghanistan once again will be a haven for terrorists wanting to attack Americans.

While saying the blame is shared with previous administrations, both Connecticut senators were unsparing Tuesday in branding Afghanistan as a stunning humanitarian crisis that quickly could become a moral failure if Americans and their allies are abandoned to slaughter.

“What we will witness if we fail in our moral obligation is a bloodbath, slaughter and torture comparable to potentially one of the great catastrophes of all time,” said Blumenthal, a member of the Armed Service Committee.

The senators spoke to reporters on the steps of the state Capitol in Hartford as news broke that Biden was resisting calls from G-7 allies to extend the withdrawal deadline and Pentagon officials briefed reporters on the status of a massive airlift of Americans and Afghans who worked with the United States.

The Biden administration says it has evacuated 58,000 people from Afghanistan since Aug. 14, with nearly 21,700 flying out of Kabul in a 24-hour period this week, the Washington Post reported.

The focus Tuesday was on the immediate task of avoiding a bloodbath in Afghanistan, but they also spoke of two challenges that quickly will follow: evaluating what happened and finding homes for a new wave of refugees.

IRIS played a role in resettling Syrians displaced by its civil war. Those refugees lingered for up to two years in refugee camps, waiting to be cleared by the State Department for entrance into the United States.

George saw a similar challenge for refugees from Afghanistan, even if the root cause of their displacement was their work as interpreters and in other roles in support of U.S. military and diplomatic efforts that ended in chaos and failure.

“There is no shortcut,” George said. “It’s just a question of where that vetting and processing is going to be done. We think it is too dangerous and unfair to ask someone to wait in Afghanistan to do the processing and to have the vetting done. We need to move them to a safe country and do it there, including the United States.”

Murphy will be convening hearings on Afghanistan.

“There needs to be an accounting for how we got to this moment, and that accounting needs to span years and decades to understand how we spent a trillion dollars in Afghanistan, how we lost so many lives and were left with an Afghan government and an Afghan military that folded overnight, leading to this crisis,” Murphy said.

Blumenthal, a member of the Senate Armed Services Committee, said a congressional inquiry is certain.

“There will be a need, and a time for a very clear-eyed, unrelenting analysis of what went so terribly wrong and led to this unfolding humanitarian nightmare,” Blumenthal said.

While both senators said the U.S. military must not feel compelled to abide by the Taliban’s insistence on an American exit by month’s end, Murphy sounded a cautious note: Biden took office with 2,500 U.S. troops in Afghanistan, advising an army of 300,000.

The Afghan army has dissolved, meaning that whatever military operations in Afghanistan will be borne by the U.S. in a uniformly hostile place.

“Right now we’re talking about a relatively small U.S. presence that is protecting the airport and a small perimeter around it,” Murphy said. “Arguably, you would have to grow that perimeter sizably. In order to safely rescue American citizens, you would have to run rescue missions, not just throughout Kabul, but throughout the rest of the country. And you would potentially have to repel an offensive from the Taliban.” 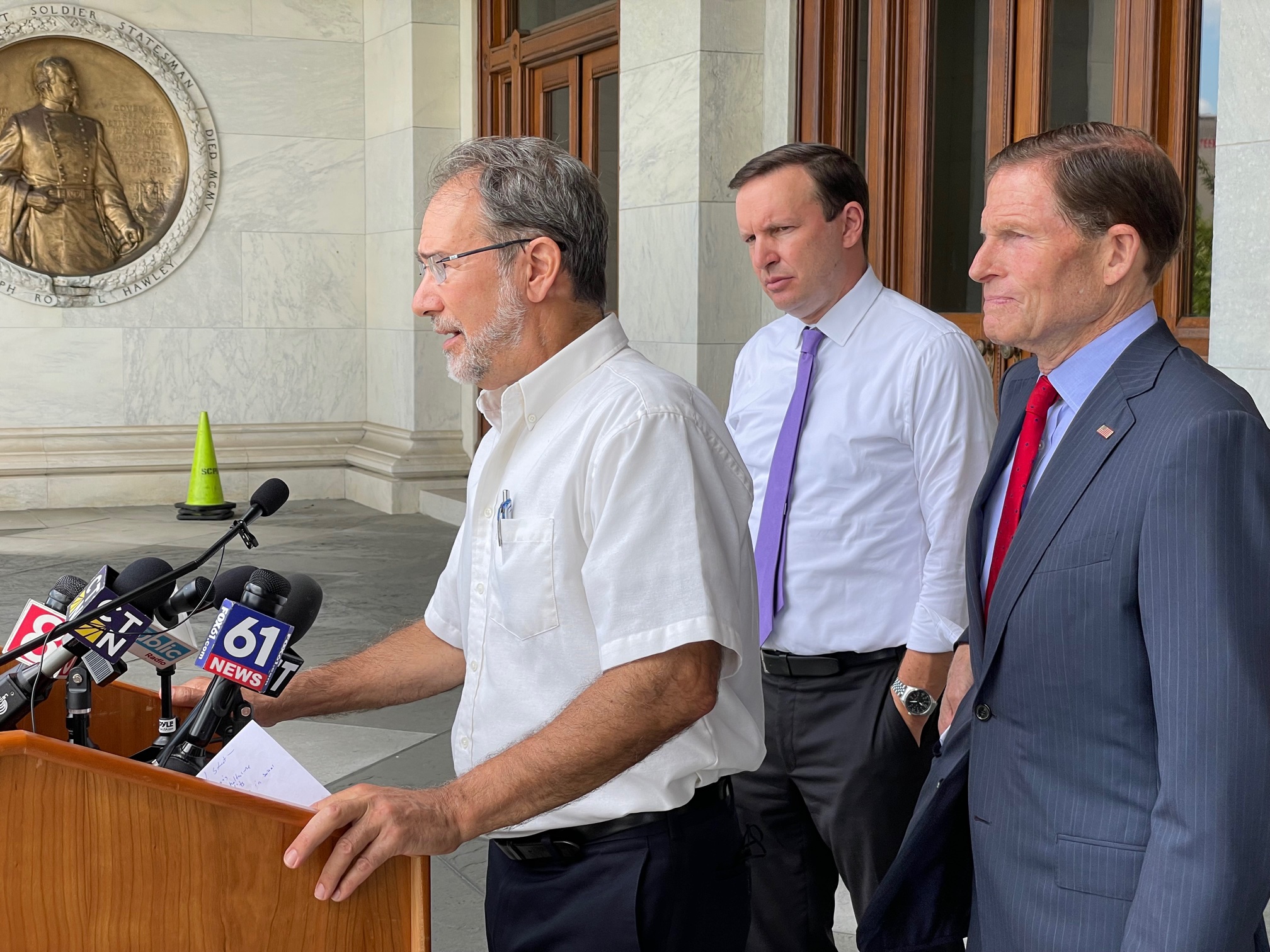