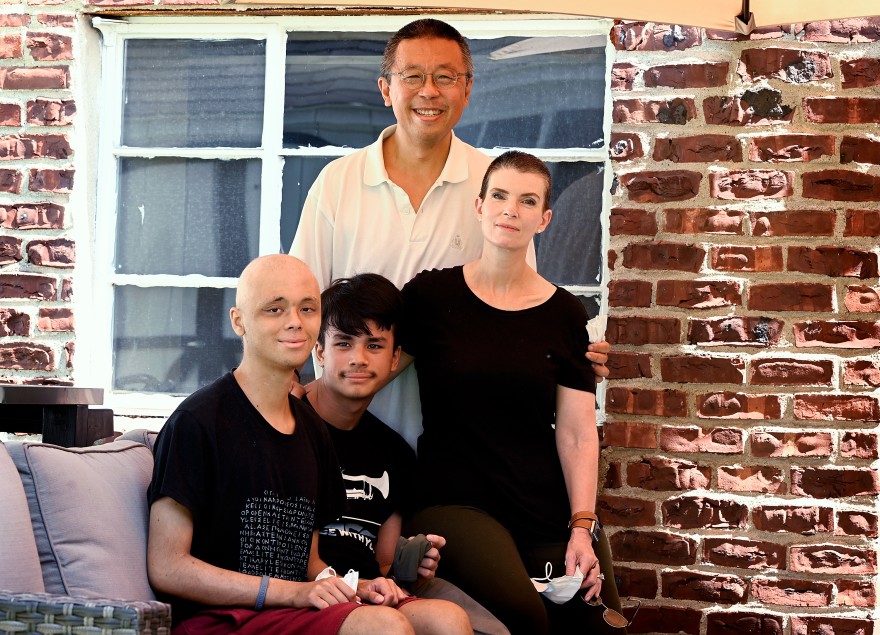 The Yeoh family (from left): Mitchell, Mason, Ian and Lezah. With serious health issues, the family is worried about the start of school because Fairfield does not have a virtual learning option.

As the new school year begins and students head back to the classroom, some immunocompromised families feel left behind. That’s because many districts across Connecticut aren’t offering a remote learning option, and for many families, returning to the classroom is like choosing between their education and their health.

Ten-year-old Lane Mayville is used to tearing up the soccer field with his team at Roger Sherman Elementary School in Fairfield, but for the past year, it’s been Lane, his dad and two nets in their front yard in between remote learning lessons.

“Sort of sad not being able to see my friends and not able to be on a soccer team,” said Lane.

His mom, Marney White, was hoping virtual school would continue into the new school year, given that she has a compromised immune system.

“I had a severe autoimmune disease for which I was treated with the kind of chemotherapy that depletes my B cells,” said White, who teaches epidemiology at Yale’s School of Public Health.

“We have been advocating for remote school options since January of 2021, knowing that children would be too young to be vaccinated in time for the school year, and recognizing that the school building remains a high-risk situation,” she said.

Though White received the COVID-19 vaccine, she did not develop antibodies, so she and Lane are afraid of what he might bring home from school.

“If I went to in-person school, I would probably be very terrified because I know that my mom could get very sick even if I’m not very sick. My mom could even die,” said Lane. 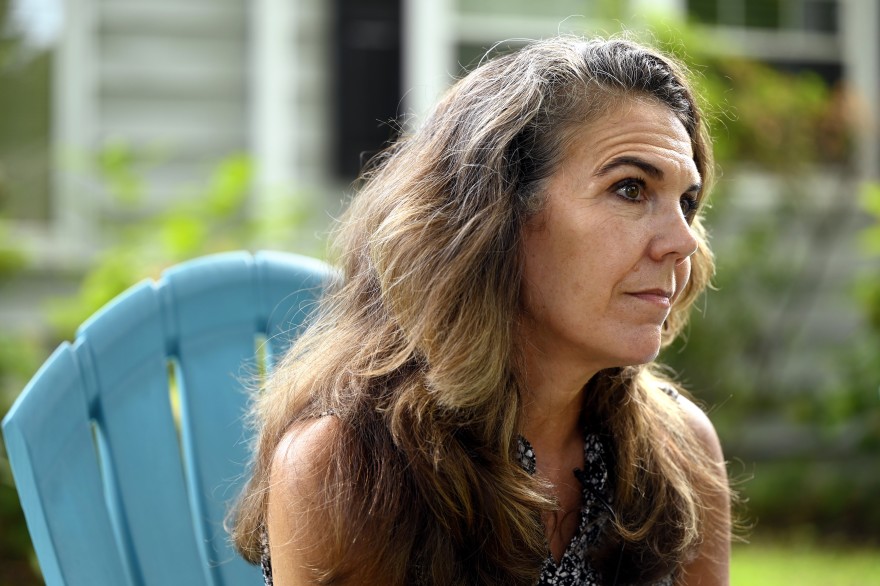 Marney White is immunocompromised and did not develop any antibodies from the COVID-19 vaccine. Her child Lane is getting ready to start school, but Fairfield is not offering a virtual learning option and Lane is too young to receive the vaccine.

But the Fairfield school district is offering only in-person learning.

Back in April, the state Department of Education told school districts they were not required to offer virtual school, and the Fairfield district did not recommend any home school or private options.

White then filed a complaint with the state Board of Education, which was dismissed. The education commissioner said the district’s failure to offer remote learning does not deprive White’s son or any similarly situated student of any rights.

“Online, we had access to special ed teachers. He had access to counselors, therapy, speech therapy,” Yeoh said of her son Mason, a rising junior at Fairfield Warde High School who has high-functioning autism.

But Mason’s older brother Mitchell is medically compromised, and online learning would help Mason protect him.

Mitchell has had three organ transplants and was recently diagnosed with cancer. Yeoh says any infection could be disastrous.

“It takes one second, one moment, for something to slip and for Mason to bring something home. Whether that’s the cold, the flu, the coronavirus, the delta variant,” said Yeoh.

While Fairfield does not have a remote option, other districts like Waterbury and New Canaan plan to accommodate special circumstances.

State Sen. Saud Anwar, who is also a doctor, says no family should have to choose between their health and education.

“Protect yourself. If you are safe, you can be safe for your children. So, do not make a choice that is going to put you under threat; this disease is real, the infection risk is real,” said Anwar. 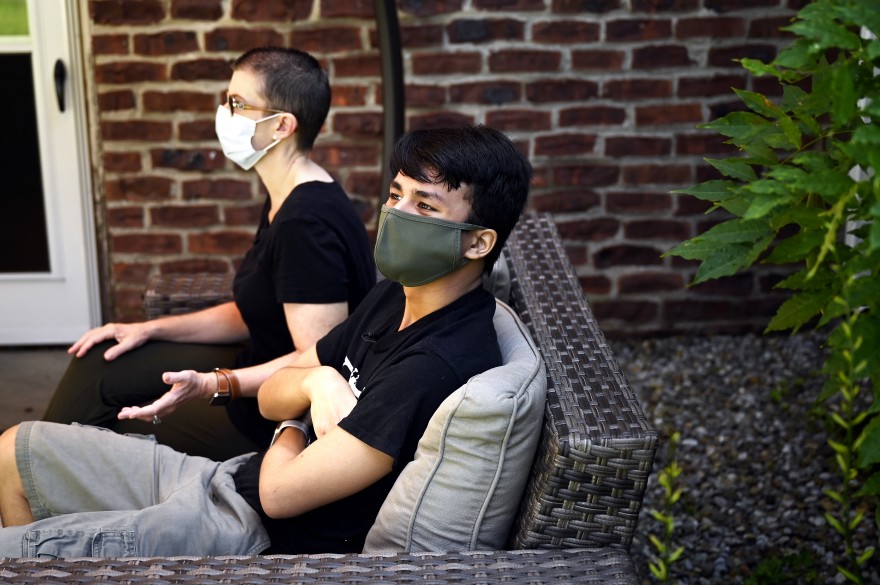 Lezah Yeoh with her son Mason, who is getting ready to start school in Fairfield, which does not have a virtual option for learning.

He says Connecticut is just catching up to the remote learning world. Districts will be allowed to offer remote learning to high school students starting in July 2022. Then the Education Department has to come up with a plan for a statewide virtual academy by July 2023.

“It’s almost starting like a new school with a new budget and the whole system, and that’s the difficulty in this whole process,” said Anwar.

“Fairfield Public Schools is currently working on plans to support the individual and unique needs of students who cannot return to in-person learning because of medical concerns. We will support students and their families using both synchronous and asynchronous instruction. Our commitment is to maintain student academic and social/emotional growth.”

White says that plan amounts to five hours of tutoring per week — students typically attend school for 30 hours a week.

“I would describe it as another layer of discrimination against the medically vulnerable,” said White.

White says she has now tapped Lane’s college fund to pay for a national online program, but both White and Yeoh say the state should provide their sons the same quality education everyone else receives.