Will consumer protections match the promises? 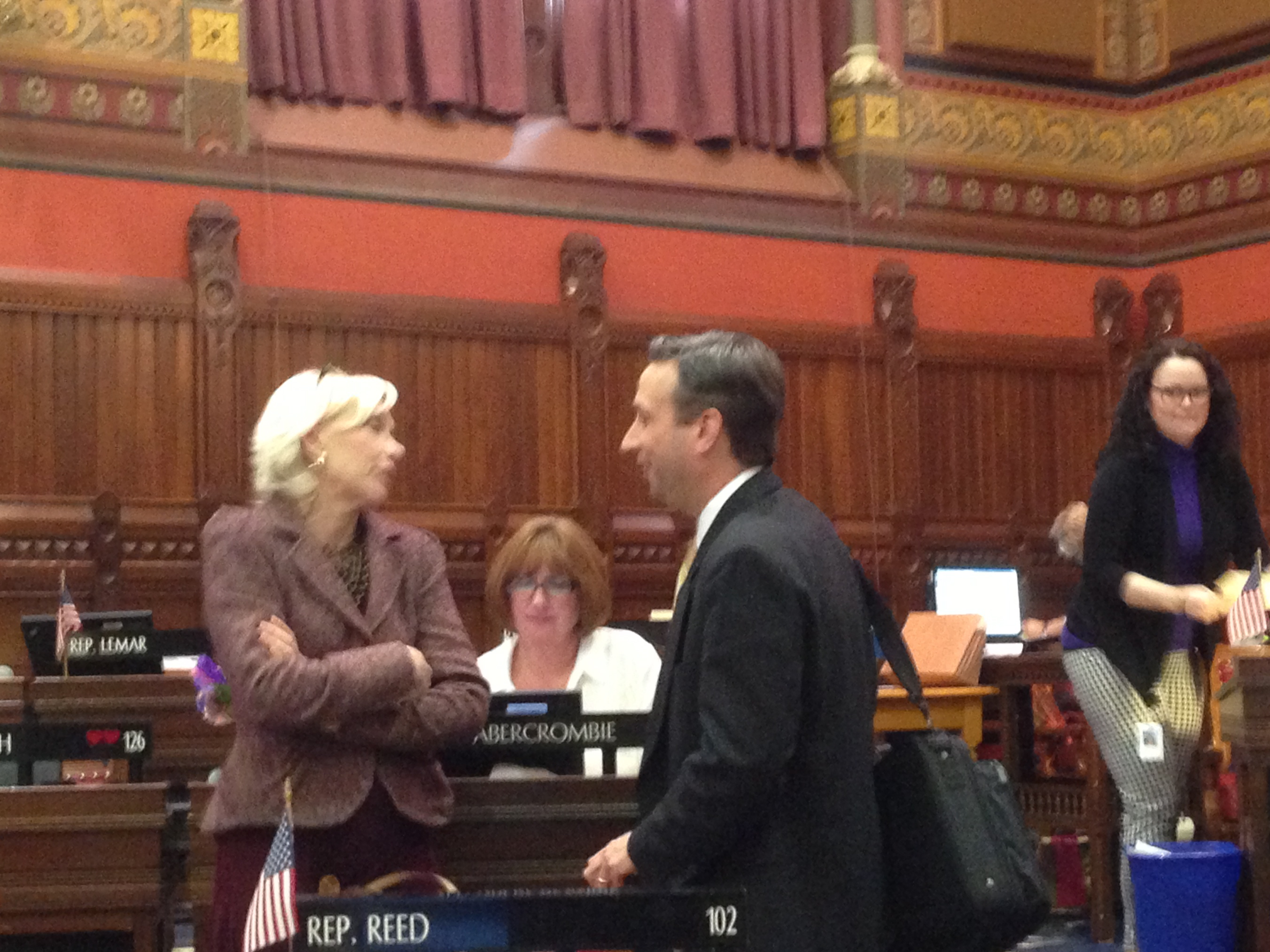 Consumer advocates finally will be able to judge reality against the hype. A bipartisan compromise, the product of negotiations with the much-maligned retail electric industry, has been drafted and is expected to be approved by the Senate Tuesday or Wednesday.

The Democratic co-chairs of the Energy and Technology Committee, Rep. Lonnie Reed of Branford and Sen. Bob Duff of Norwalk, said Monday evening that the bill will deliver on the promises to protect consumers against aggressive, misleading marketing of electric retailers.

“I think we’re in good shape,” Duff said as he stopped in the House chamber to consult with Reed. “We have a good bill we’re going to go forward with.”

“It gives consumers a wealth of information they haven’t had before,” Reed said.

As Reed and Duff talked about the legislation, a legislative attorney told them a revised version of the bill would be filed over night, but the new language was not posted in the General Assembly’s online tracking system as of Tuesday morning.

John Erlingheuser, the director of advocacy for AARP, was less confident. He stood outside the House chamber Monday night, handing legislators a list of deficiencies that advocates such as AARP, Connecticut Citizen Action Group and ConnPIRG saw in working drafts shared with them Friday.

The last draft he saw imposed no cap on variable rates, nor did it ban cancellation fees. Erlingheuser said those changes are necessary to protect consumers, including elderly customers that often are targeted for direct mail and door-to-door appeals.

“We have some areas of concern,” Erlingheuser said.

One working draft circulated early Monday showed a provision that would require retailers to give 15 days notice of a rate increase of more than 25 percent. It also required the Public Utilities Regulatory Authority to impose a new billing format that would allow easier, clearer price comparisons.

Bills also would have to show rate increases and dates of automatic renewals, protections against variable rates that can catch even usually savvy consumers by surprise, legislators said.

“We need to be on the side of our constituents and the families of Connecticut when it comes to potential abuses that take money out of their pockets or create obstacles for them to move forward,” Williams said then.

“They deserve the protection we can afford them, especially in their older years,” Sharkey said.

On March 31, Malloy, Williams, Jepsen and Katz held a press conference at a senior center in Hartford, making their own promises.

Jepsen said then the legislation would require electric bills of third-party suppliers to show a comparison every month of their rates and those of the standard offer. Introductory rates would have to be fixed for at least three months. Consumers would be able to switch back to standard service within 48 hours.

A draft available Monday set a 72-hour deadline for suppliers to switch customers back to the standard offer.