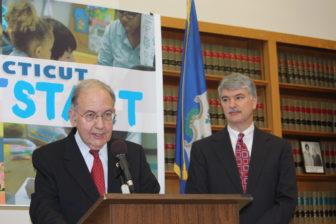 Senate Democrats on Thursday defended their failure for the second consecutive year to heed the warnings of the U.S. Supreme Court to provide a chance of parole to juveniles sentenced to life sentences — or risk intervention by the courts.

Gov. Dannel P. Malloy, a fellow Democrat, was among those questioning the failure to act before the 2014 session ended at midnight Wednesday, saying the legislature was ignoring a clear direction by the court to revise juvenile sentencing laws.

“I am supportive of the legislature making the decision,” he said.

The state Supreme Court is set to hear a case on whether the 100-year prison sentence of a Hartford teen for his involvement in a drive-by shooting is constitutional, and dozens of similar cases are working their way through lower state courts now.

Legislation passed by the state House of Representatives this year would have provided those serving lengthy sentences for crimes they committed as juveniles with a chance at parole.

The bill was a response to a trio of recent decisions by the U.S. Supreme Court forbidding state laws requiring judges to impose mandatory life sentences without the chance of parole for juveniles. (Read those decisions here, here and here.)

Connecticut law currently requires juveniles to be sentenced to life without possibility of parole for capital felonies, which include the murder of a police officer or a child, murder for hire, the murders of multiple victims and murders committed during a kidnapping or rape.

These cases, which give judges no discretion in sentencing, are extremely rare in Connecticut. In the last 21 years there have been five juveniles sentenced to life without parole after being found guilty of a capital felony:  Ronnie Hinton, Jamaal Coltherst, Norman Gaines, Mark Edwards and Anthony Allen.

Currently, 31 inmates in Connecticut are in adult prisons serving 60 years because of crimes committed before they were 18 years old, according to the State Department of Correction. One, Keith Belcher, was 14 when sentenced to 60 years for first-degree kidnapping.

“It was [Democratic leadership’s] choice not to bring it up,” Senate Minority Leader John McKinney, R-Fairfield, told reporters the day after the legislature adjourned for the year.

But the Democratic leaders say the bill stalled in their chamber because the Republicans threatened to talk the bill to death by tacking on multiple controversial amendments to the bill and they didn’t want to expose their members to having to vote on them.

“The amount of time it would have taken would have been prohibitive,” said  Looney. 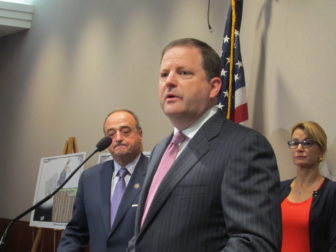 Williams acknowledge a second concern was saving Democrats from having to “re-litigate” an array of hot-button criminal justice issues, including the death penalty and a risk-reduction program that allows inmates to earn credits that can take time off a prison sentence.

McKinney said that was a weak excuse, pointing out that it would have been impossible for Republicans to talk until the end of the legislative session if the bill was brought up anytime prior to the last week of the session.

He said that the GOP would have dropped its plan to seek votes on politically dangerous amendments if Democrats had agreed to a compromise that they say would have met the Supreme Court’s concerns, while forcing inmates to wait longer for a chance at parole.

“We have proposed a series of compromises to get something passed. ‘Pick one. Pick one,'” McKinney recalled of his conversations. “And they refused to pick anything less than what the bill was, despite the fact that they knew the bill was going to die.”

Meanwhile, 192 inmates who entered adult prisons for crimes they committed as juveniles and sentenced to more than 10 years are waiting to see how this issue will be resolved. Of those, 78 are not eligible for parole, the state Department of Correction and the Connecticut Board of Pardons and Parole reported last year.