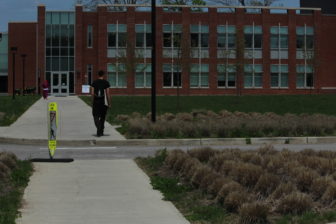 Connecticut lawmakers have scaled back the key component of the plan aimed at shoring up the financial deficits the state’s largest public college system faces in the coming years.

With the Connecticut State Colleges and Universities facing a $42.1 million budget gap for the fiscal year that begins July 1, Gov. Dannel P. Malloy in February announced a “Transform CSCU” initiative aimed at boosting enrollment that would increase the amount of tuition revenue the 17 schools receive.

His plan called for the state to spend $20.4 million to offer up to three free courses to former students who return after dropping out. The plan would operate on a buy-one, get-one-free basis.

But that was before revenue from the state’s tax returns came in significantly lower than expected, causing lawmakers to scale back various spending initiatives.

The budget legislators adopted this month earmarks only $6 million for these free courses.

“It will be first come, first served. And therefore as soon as we hit $6 million my guess is [our budget chief] will say ‘Stop’,” Gregory Gray, the system’s president, told his governing board Tuesday. “My hope is that this is so wildly successful that our legislators look at it and say maybe this is a great idea for next year.”

College official expected the governor’s $20.4 million proposal to result in the enrollment of 7,000 more students – resulting in a net gain of $8.6 million in additional tuition payments in the first year.

The expectation is that by picking up some of the cost of courses, the state would give students an incentive to continue in school until earning their degrees. The additional tuition they pay would be a key source of revenue to improve the system’s grim fiscal picture over the next few years.

It’s unclear how many additional students the $6 million approved in the final state budget will bring back to school.

Gray told his board Tuesday he is “disappointed in some ways our operating budget was cut down.”

However, the cutback will not result in tuition being further increased for the the 92,000-student college system, officials said.

The college system’s $42.1 million projected deficit – a shortfall that represents about a 4 percent gap in its operating budget – lingers even after a 2 percent tuition and fee increase was approved for next school year.

The adopted state budget does provide the $24.2 million the governor requested to provide the system to supplement the need to increase tuition.

With those deficits continuing to linger for next year and the system still needing to adopt a budget before July 1, Gray in April hired a consultant for $2 million to find efficiencies and make recommendations for him to consider over the next 15 weeks.

“We need to be efficient because we have limited resources,” Erika Steiner, the school budget chief told the governing board. “What it’s not about is eliminating jobs.”

“We need to find a way to make this the most efficient and effective system,” he said.

But the faculty representative on the governing board is concerned this means relying less on more expensive, full-time teaching staff and that decisions are being made without proper input from staff.

“We believe increasing the use of part-time teaching faculty would reduce our capacity to advance our mission,” Stephen Adair told the board, classifying the relationship between faculty and system administrators as one of “mutual incomprehension.”

“Faculties are often anxious and apprehensive regarding board intents that sometimes appear secret,” he said. “Reducing this mutual incomprehension is a necessary condition for this system to operate at its highest potential.”