Pelto: Can a political consultant give himself the right advice? 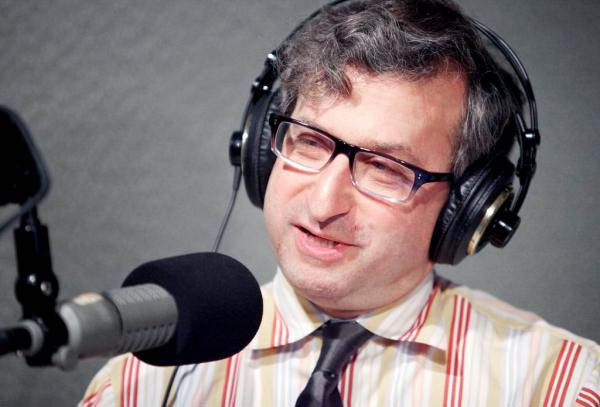 Jonathan Pelto during his appearance May 20 on WNPR's "Where We Live."

There’s never been anyone in Connecticut politics quite like Jonathan Pelto. No one has worked in top jobs on so many campaigns as a precocious teen and 20-something, winning friends in high places. And no one has burned so many bridges, earning enmity on the left, on the right and in between.

Pelto, 52, now stands on one last bridge. Behind him are his friends in labor and the Democratic Party he once served as a legislator, as a campaign manager and as a state political director. Ahead is the lonely, difficult and uncharted road of a third-party candidate for governor.

Would he burn one last bridge?

Pelto has been a persistent critic of Gov. Dannel P. Malloy since it was clear that the first Democratic administration in two decades would have no place for the one-time boy wonder who helped elect the previous Democrat, Gov. William A. O’Neill, to his final term in 1986.

His criticism of Malloy and the Malloy administration is based on politics, public policy and, yes, personalities. His main thread of criticism, which has unspooled on his blog over the past three years, is that Malloy is too enamored of charter schools and too hostile to public schools and public school teachers.

“I would recognize that personality plays a huge role in politics, and each election cycle I have tried to do the best I can to do what I thought was right,” Pelto said. “It wouldn’t be the first time it pissed off people.”

Pelto was elected to the state House in 1984 as a 23-year-old UConn senior. The same year, he ran Gary Hart’s presidential campaign in Connecticut, helping Hart win the state’s primary, embarrassing O’Neill and a party establishment allied with Walter Mondale.

They hired him as the political director of the state party.

Progressives of a certain age still don’t trust him for aligning with O’Neill and against Toby Moffet, the liberal former congressman, in the 1986 race for the Democratic gubernatorial nomination. Pelto said he refused to back Moffett, because he wouldn’t commit to backing the income tax. Of course, neither would the more conservative O’Neill.

“There are a lot of liberals, including people like Tom Swan, who have never forgiven me for that,” Pelto said. Swan is the director of the Connecticut Citizen Action Group.

In 1990, he managed the Democratic gubernatorial primary campaign of his friend, Bill Cibes, who ran on a difficult platform: a call for comprehensive tax reform, including a broad-based tax on wages. Cibes lost, but ended up implementing an income tax in 1991 as Gov. Lowell P. Weicker Jr.’s budget chief.

Pelto, who represented Mansfield and UConn in the House, eventually had a falling out with the university over what Pelto said was mismanagement in its capital improvement program, UConn 2000.

But would he really run as a third-party candidate, willing to risk taking votes away from Malloy and Lt. Gov. Nancy Wyman, once one of his closest friends in politics?

Pelto said he will papers Thursday creating an Education and Democracy Party. He hopes create an exploratory committee Friday, but he insists it is only the first step in an exploration meant to measure what may be immeasurable: Can he be credible?

He wants to be the next Weicker, not Nader

He says he will go forward only if he decides he can be the next Weicker or Joseph I. Lieberman, men elected to high office in Connecticut as independents. Pelto says he has no interest in being another Ralph Nader, whose independent run for president has left him forever blamed by many on the left for electing George W. Bush.

The comparisons to Weicker and Lieberman generate eye rolls, something Pelto acknowledges.

Weicker and Lieberman enjoyed close to 100-percent name recognition when they ran as independents, Weicker for governor in 1990 and Lieberman for re-election to a fourth term in the U.S. Senate in 2006. Pelto last held office in 1993, quitting his House seat when he could not garner the support for a special election to the Senate won by Donald E. Williams Jr. , who is retiring this fall as Senate president pro tem.

Weicker, who was two years removed from losing his Senate seat in 1988, still had a core group of campaign workers. Lieberman was a sitting U.S. senator who had strong cross-over appeal and fundraising machine that brought in $20 million.

Pelto has no ready source of dollars or volunteers, though not for lack of effort. He has knocked on a lot of doors: the Working Families Party, the Green Party, the AFL-CIO, AFSCME, AFT-Connecticut, the Connecticut Education Association. None have encouraged him, and most suggested at best he would be a spoiler.

“I don’t see teachers, the majority of teachers, any way, doing a protest vote for or against anybody,” said Mark Waxenberg, the executive director of the Connecticut Education Association.

Sal Luciano, the executive director of AFSCME Council 4, the state’s largest public employees union, said Malloy is a strong advocate of collective bargaining rights under attack in other states, such as Wisconsin. He said he told Pelto he has no interest in a long-shot, third-party campaign.

So, Pelto is developing a checklist.

Some of the items are easy.

Take out papers to create an exploratory committee? Check.

Take out papers to create a political party, a way to have his own line on the ballot? Check.

Creating an exploratory committee, a step that would allow him to begin raising money, requires only a signature from him and a treasurer. Twenty signatures gets him his own party.

Then it gets harder.

Next, he would have to gather the signatures of 7,500 registered voters to get on the ballot.  Every signature then would have to be submitted to the registrar of voters in their hometown for validation, meaning some careful bookkeeping – one petition sheet for every city and town.

“You need a good army to get the signatures. I am very pleased by the reaction I am getting,” Pelto said.

The deadline for filing is August 6.

Those other questions are the harder-to-judge items on the checklist.

A hard path to judging credibility

Can he qualify for public financing? That requires more signatures – 111,000. He also would have to raise $250,000 in small-dollar donations. As a petitioning candidate, he could only receive one third of the $6.5 million grant available to a major-party candidate.

If he clears those hurdles, Pelto would have the money to conduct a poll, make a scientific effort to try to decide if he was the next Weicker or the next Nader.

He said he then would study the political landscape, looking to see if any of the major unions withhold their endorsements of Malloy. He also would try to determine if he’s somehow captured the zeitgeist, tapped into some vein of voter discontent with the status quo.

“It’s trying to capture lightning in a bottle,” said Tim McKee of the Green Party, whose convention was addressed by Pelto a month ago.

“There’s a handful of people in the state with that historical perspective to fully appreciate the complexity of how difficult this would be,” Pelto said. “I am one of those people.”