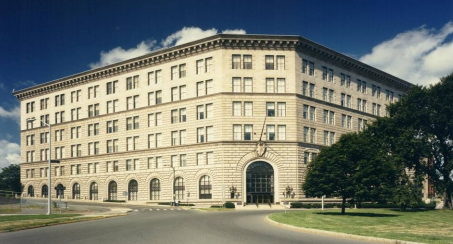 Husam Ahmad of Forest Hills, N.Y., gave $10,000 to the Connecticut Democratic Party on March 25, less than two weeks after the state awarded his engineering firm, HAKS, an $8.63 million contract to inspect overhead power lines on the New Haven line of Metro North.

Last year, he and six others associated with HAKS gave $45,000 to the Democrats as the majority party stepped up its fundraising in preparation for the 2014 election. Records show that major donors of 2013, many with a financial relationship with the state, are opening up their checkbooks again in 2014.

Two principals of Winstanley Enterprises of Concord, Mass., whose downtown New Haven real-estate project got a huge boost from the Malloy administration in 2012, gave $20,000 to the Democratic Party last month, bringing their company’s two-year total to $50,000.

The Simon Konover Company, which the state pays $4.7 million annually to rent 55 Elm St. in Hartford, is up to $51,000 in donations, with $30,000 from three executives last month on top of $21,000 last year. Its tenants include the attorney general, treasurer and comptroller.

With a $10,000 check in March, Alan B. Lazowski of Laz Parking, which holds contracts to manage state-owned garages, is up to $20,000. The same is true of Francisco P. Borges, a former state treasurer and chairman of Landmark Partners, an investment firm and state contractor.

Two executives and one spouse at Vision Financial Markets of Stamford gave $40,000, including $30,000 last month. Stephen F. Mandel of Greenwich, a billionaire founder of Lone Pine Capital, gave $10,000 last year and again in February. They are not listed as state contractors.

A 2005 law bars state contractors from donating directly to campaigns for state office, but a 2002 federal law allows them to give to state political parties, even if those donations indirectly benefit state candidates. Both parties maintain state and federal accounts, with the latter covering most operating expenses.

The party does not say if it is targeting contractors for contributions. Gov. Dannel P. Malloy, a first-term Democrat seeking re-election, has repeatedly given the same answer to questions about fundraising: He and his party will follow the law, no more or less.

According to a monthly report filed this week with the Federal Election Commission, the Connecticut Democrats raised $324,605 in April and $855,218 since the start of the year. Nearly half the monthly total came from just 15 donors who gave the calendar-year maximum of $10,000.

The Connecticut Republican Party, which holds no statewide or congressional offices, did not record a single $10,000 donation in April. Its receipts were $117,282 for the month and $418,722 since the start of the year.

One of the Democrats’ new $10,000 donors was Ted Kennedy Jr. of Branford, a lawyer running for the state Senate.