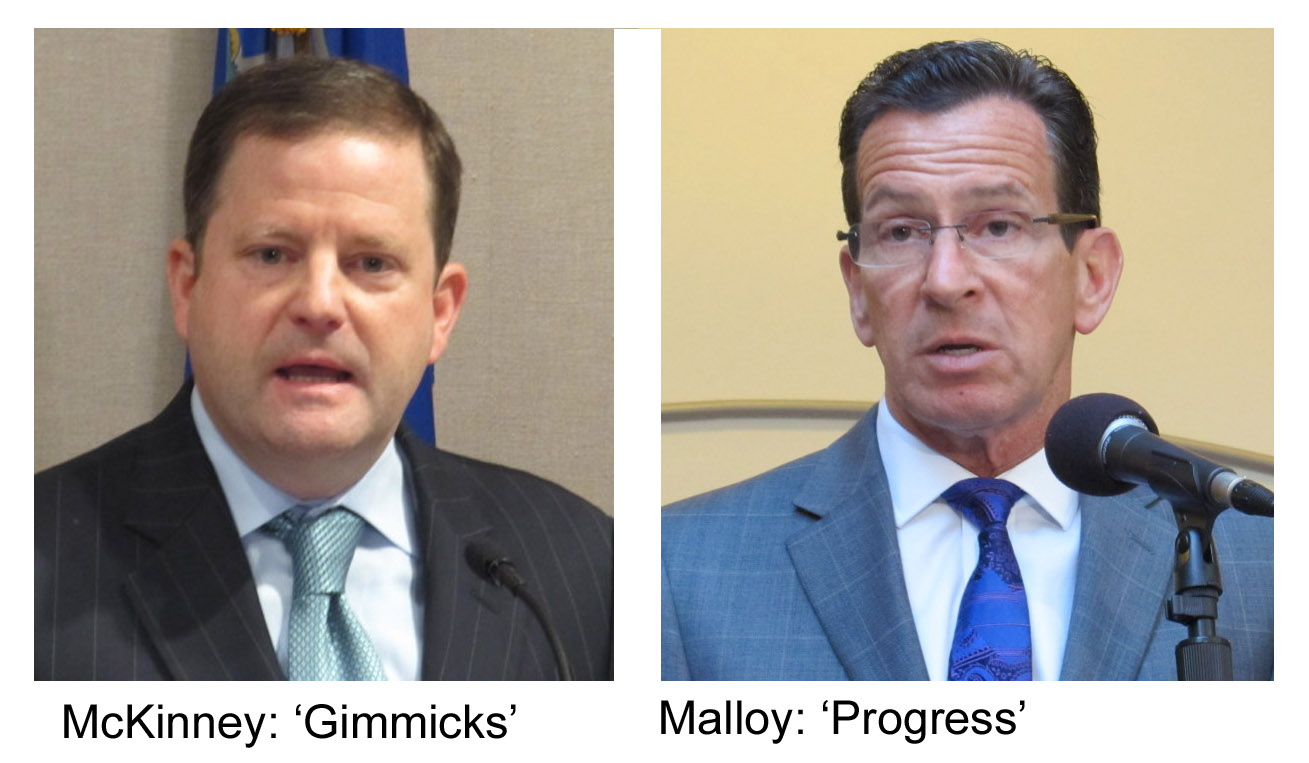 But one of the governor’s chief rivals noted that the surplus – less than 1 percent of last year’s budget – wouldn’t exist had Malloy not used borrowing to defer hundreds of millions of dollars in operating costs, plus interest, until after the election.

“While there is still much work to do, we are making progress in our effort to make state government more sustainable for the long term,” Malloy wrote in a statement.

The $121.3 million will be deposited in the emergency budget reserve, commonly known as the “Rainy Day Fund.” With that deposit, the fund will hold $392 million, which represents about just over 2 percent of annual operating expenses.

The administration’s budget agency, the Office of Policy and Management, released the new surplus projection in its required monthly budget report to the Comptroller Kevin P. Lembo’s office.

Lembo won’t officially close the books on the 2013-14 fiscal year until September.

The new surplus is about three times the size of the $43 million surplus analysts were anticipating just two months ago. Most of that is due to a last-minute surge in federal Medicaid reimbursements and in state income tax receipts.

But the latest surplus still falls far short of the $500 million-plus windfall Malloy was projecting back in February when he proposed using it to pay for a $55-per-person rebate for middle-income households. The governor withdrew that proposal back in late April when it became clear that tax receipts would fall far short of projections.

But Senate Minority Leader John P. McKinney, R-Fairfield, who is running for governor, said the latest surplus is nothing for state government to boast about.

“This is a paper surplus, the only place it should be deposited is the trash can,” McKinney said. “We need an honest budget with a real plan for tax relief, not more gimmicks.”

Among the controversial steps taken by Malloy and the legislature’s Democratic majority since 2011:

The last area centers on “bond premiums.” These involve bonds sold for an extra sum above their base value. In other words, the state borrows more money than originally planned, but agrees in exchange to pay a higher interest rate.

In the 2012 and 2013 fiscal years, the state took $118 million in premiums that had not been anticipated in the budget or planned for use to pay off some other debt.

These excess premiums effectively bolstered the operating budget and contributed toward the growing Rainy Day Fund.