But when the Republican lawmaker from Brookfield attended the Democratic governor’s event to tout a local bridge program, he struggled to praise the initiative without crediting Malloy – or discrediting Foley.

“Anything to do with transportation bonding is critically important to me,” Scribner said shortly after the mid-day event at Old Main Street Bridge in Rocky Hill. “I was invited by the [transportation] commissioner.”

The town is in the midst of a $1.9 million project to replace the bridge. The work is supported in part with funds from the Local Bridge Program, a state initiative that has pumped about $35 million in grants over the past two years into bridge repair in cities and towns.

Malloy, who has come under fire from Foley and other Republicans for his track record on transportation, scheduled the press conference to tout the program, and his record in general.

Foley has noted that Malloy has proposed and signed budgets that scaled back earlier commitments to transportation funding – a practice that Malloy criticized when it also was carried out by his GOP predecessor, M. Jodi Rell.

Malloy has fired back that he doesn’t believe the transportation fund was raided, given that overall transportation spending during his administration has surpassed that approved during Rell’s tenure.

Scribner, who is the ranking House Republican on the legislature’s Transportation Committee, quickly was asked by reporters if his presence meant he rejected Foley’s claims against the Democratic governor.

“I speak to my own claims,” Scribner said, adding that both he and the House chairman of the Transportation Committee, Rep. Tiny Guerrera, D-Rocky Hill, worked hard to build support for a stronger Local Bridge Program.

Overall funding for that effort has grown by about $25 million over the last two years. 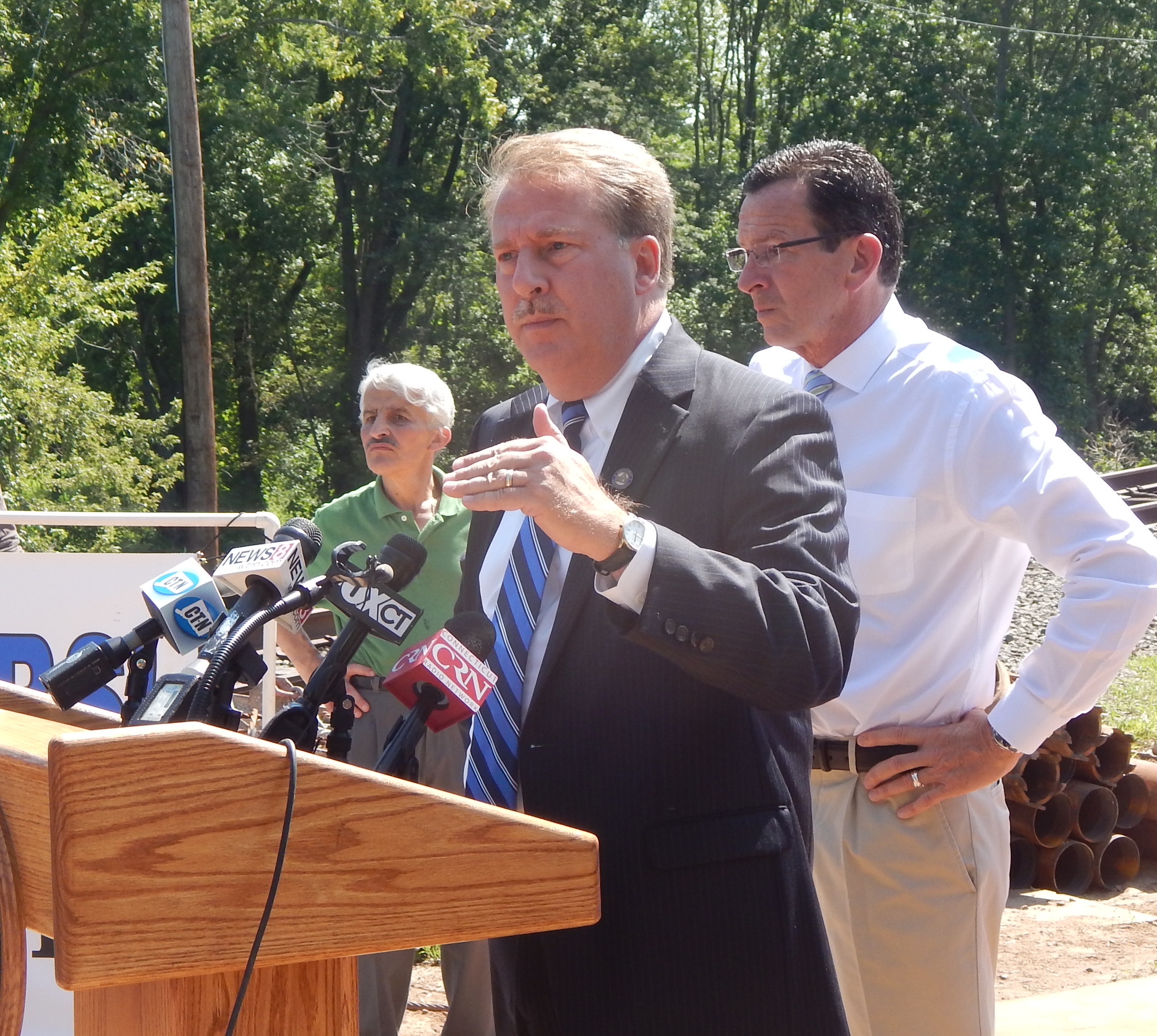 “I’d rather it not be political, because we worked together to accomplish this,” Scribner added.

“But I’ll say,” Malloy quickly chimed in, “it got accomplished while I was governor.”

A broad-based coalition of transportation advocates, including construction trades, businesses, chambers of commerce and environmental preservation groups, challenged Malloy and Foley last week to support increased funding to overhaul the state’s aging infrastructure – even if it likely means tax increases or tolls.