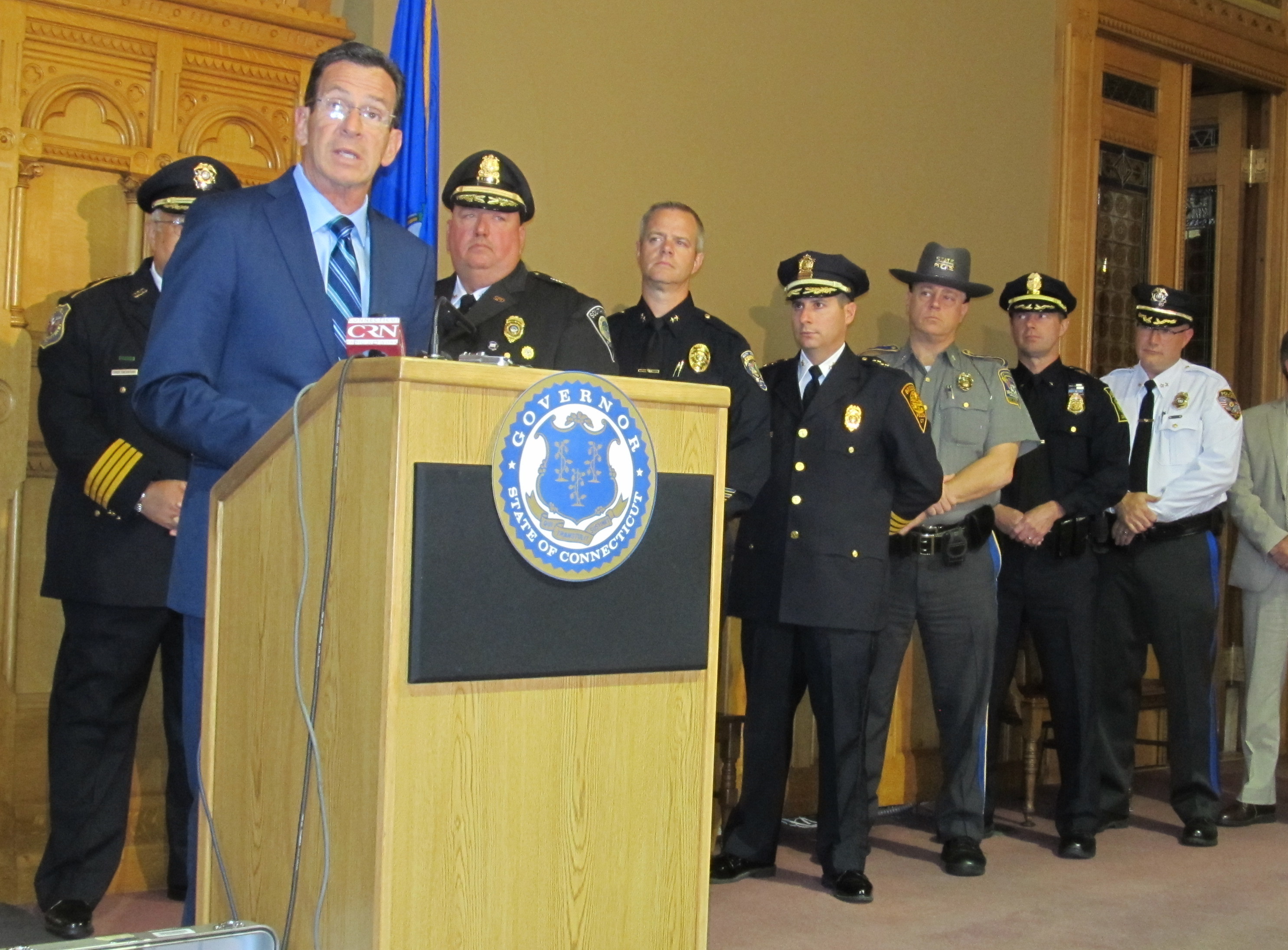 Engaged in a difficult re-election fight, Gov. Dannel P. Malloy put extra effort Monday in drawing attention to the release of crime statistics that showed reported crime at a 40-year low in 2013, dropping faster in Connecticut than nationally.

Malloy introduced the report at a press conference backed by a dozen chiefs and other senior police officials, several of whom praised the administration’s policies with comments that gave the event the flavor of a campaign rally.

The annual report is required by state law and is released every fall, typically without a full-blown press conference. But the numbers reinforce a Malloy campaign narrative of him supporting police with resources and initiatives.

“Do we have more work to do? You bet we do,” Malloy said. “But these results show that we are making real progress in making our state safer.”

The report covers the so-called index crimes of murder, rape, robbery, aggravated assault, burglary and motor vehicle theft. The full national report is not due until February.

Crime in the three largest cities of Bridgeport, New Haven and Hartford typically shape the state report, and all three cities showed sharp drops in both violent crime and property crime.

“We have not seen crime numbers this low in more than 40 years, and we have a population that is 20 percent larger today than it was 40 years ago,” Malloy said.

There were 86 murders statewide, also a 40-year low, Malloy said. The report said 70 percent of the murders were committed with firearms: 47 percent with handguns and 23 percent with an unspecified firearm

Connecting policies to results is difficult, especially over the short term. But Malloy said he believes that “Project Longevity,” a state and federal partnership targeting gun crime in the three largest cities, and the state’s efforts to reduce recidivism played roles in the drop.

The governor also took a measure of credit for maintaining state aid to municipalities in 2011, when he had to close a $3.67 billion state deficit. That saved public safety jobs, he said.

South Windsor Police Chief Matthew Reed, one of the chiefs who stood with Malloy, said later that it always is risky for elected officials to associate crime statistics with specific policies. If the numbers turn for the worse, he asked, would that necessarily mean the policies were wrong?