Big guns for Malloy: Clinton on Monday, Obama on Wednesday 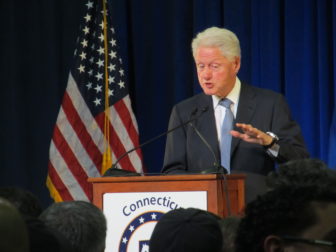 Malloy, a first-term Democrat who raised taxes by more than $1.5 billion in his first year in office, is locked in a dead heat with Republican Tom Foley. The rematch of their 2010 cliffhanger is drawing more than $7 million in super PAC spending, including $1.2 million over just the past four days.

Clinton freshened the pitch he made in New Haven a month ago for Malloy and at the Democratic National Convention in Charlotte, N.C., for President Obama in 2012: Hard times called for tough medicine, but both are leading voters on the right track.

“He did the things necessary to move Connecticut forward,” Clinton said of Malloy. “He got you through this rough time, and I’ve been following this race pretty closely.”

Clinton said governors in other states who faced deficits smaller than what confront Malloy his first year slashed state spending on local education.

“He didn’t do that,” Clinton said. “He kept supporting your schools, and you are way better off because of it.”

Clinton spoke in the same gymnasium at the Learning Corridor, an educational complex near Trinity College, where his wife, Hillary, held a rally during her presidential run in 2008, a magical political year when Obama drew a capacity crowd of 17,000 to the XL Center in downtown Hartford.

The fire marshal estimated the crowd Wednesday at “close to 700,” hundreds fewer than lined up to see Hillary Clinton in the run up to the Connecticut presidential primary six years ago.

The Obama visit Wednesday is a test for the president, whose job approval rating has dropped with Malloy’s, largely keeping him from campaigning during what is widely seen as a challenging year for Democrats. Obama was in Greenwich recently for a fundraiser, but he made no public appearances.

But Malloy is accepting the help of a president who has lavishly praised the governor for achieving in Connecticut what Obama could not do in Washington: Winning passage of a law raising the minimum wage to $10.10 in January 2017. 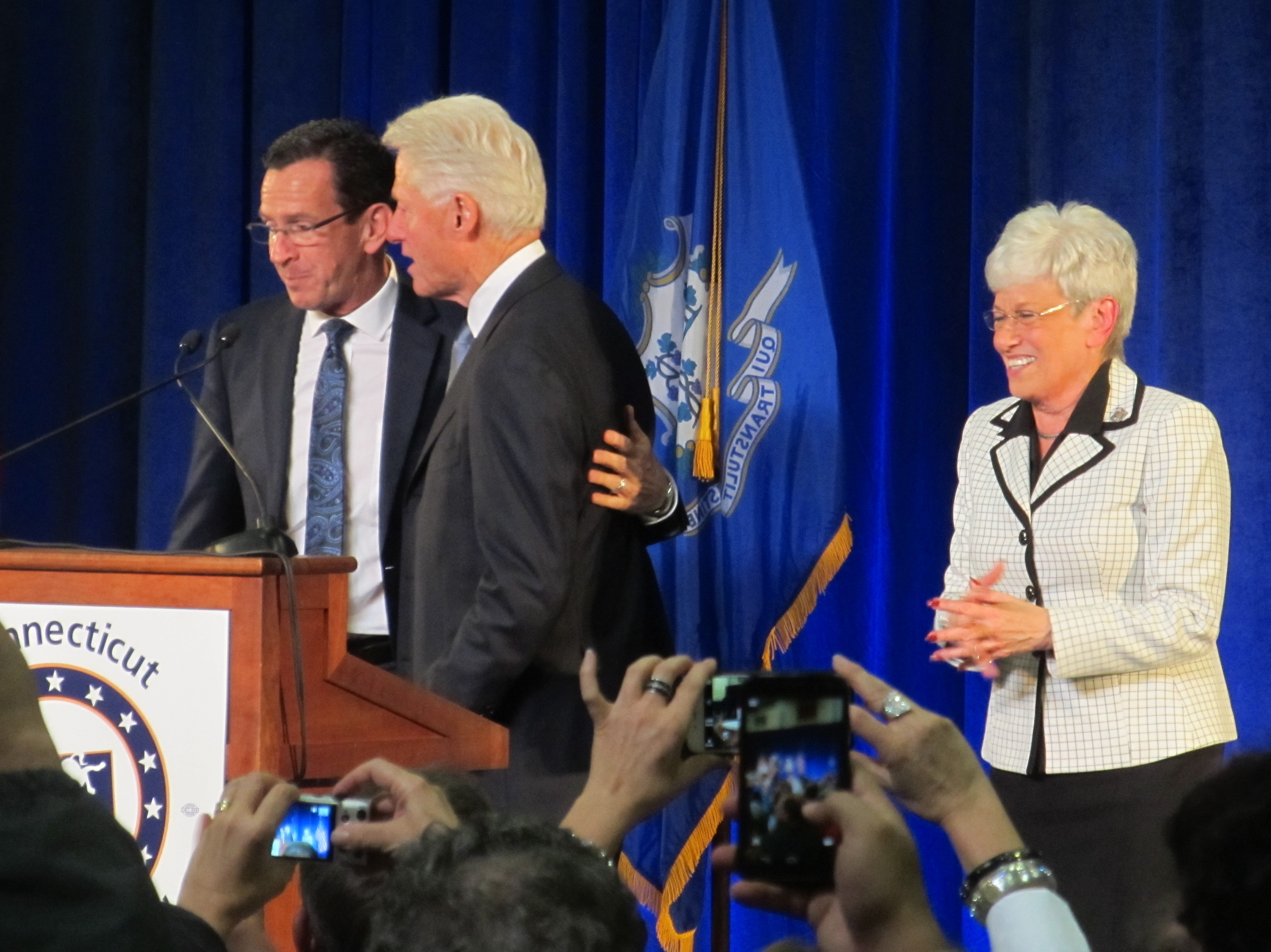 On the weekend before his close election in 2010, Malloy was the beneficiary of rallies lead by Obama in Bridgeport and Clinton in Hartford, each geared at getting out the Democratic vote in Connecticut’s major cities.

Obama filled Bridgeport’s Arena at Harbor Yard on the Saturday before the election four years ago, the night before Clinton appeared with Malloy at the University of Hartford.

On Wednesday night, the president is appearing in a smaller venue, Bridgeport Central High School.

The president carried Connecticut by 17 points in 2012, but his job-approval rating in the state has dropped from a high of 71 percent in May 2009 to 48 percent this year, according to polling by Quinnipiac University.

New Jersey Gov. Chris Christie, the chairman of the Republican Governors Association, canceled his plans to campaign Tuesday in Rocky Hill with Foley and his running mate, Heath Bond Somers.

The Foley campaign gave no reason for the cancellation, but Christie seemed to face a logistical impossibility: His original schedule had him doing a walking tour in Lewiston, Maine with Gov. Paul LePage at 1 p.m., then meeting Foley at a farm in Rocky Hill at 3:30 p.m.