There were many red flags in Adam Lanza’s life in the years before he killed 20 elementary students in Sandy Hook, according to a report released Friday by Connecticut’s child advocate.

Here are four things the state watchdog agency says should be learned from an examination of Lanza’s life:

No explanation for the shootings

The reasons Lanza decided to kill might never be known. Instead, Child Advocate Sarah Eagan concluded there was a “cascade of events” that led to the shootings. She found that autism and mental health problems, both of which Lanza dealt with, were not by themselves to blame, but there was a failure to adequately address them.

The series of negative events in Lanza’s life included his leaving school, problems with his one friend, virtual isolation from both his family and the public, anxiety with the threat of having to move with his mother out of his childhood home, worsening mental health and anorexia, and an increasing obsession with mass murder. 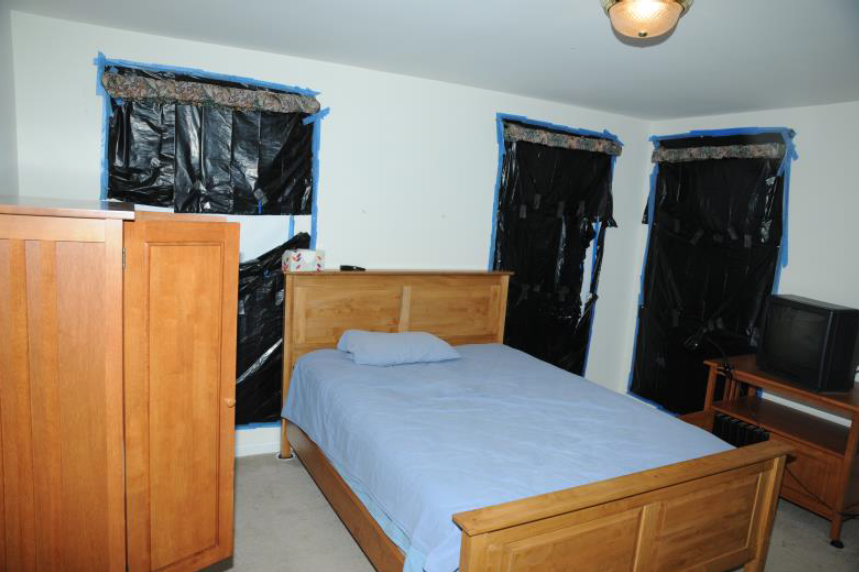 The windows in Adam Lanza’s bedroom in the basement of his home were covered with trash bags.

“His severe and deteriorating internalized mental health problems were combined with an atypical preoccupation with violence. Combined with access to deadly weapons, this proved a recipe for mass murder,” Eagan writes, pointing out that violent acts among those dealing with mental health issues are rare.

“In the end, only he, and he alone, bears responsibility for this monstrous act,” the report states.

Red flags existed throughout his life

There were signs of problems throughout Adam Lanza’s life, but they often weren’t fully addressed or identified by his family or school. 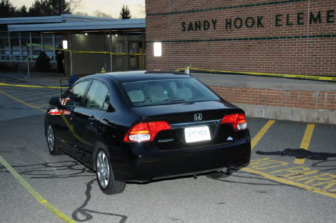 Records indicated many areas of concern as he grew up. He had delays in communication; never slept through the night by age 5; didn’t like to be held, kissed or hugged; and wouldn’t speak in groups. In middle school, his social withdrawal and isolation intensified. There were repeated references to seizures in his medical records, but no evidence that he received a recommended neurological consultation.

In fifth grade, Lanza and another pupil wrote something called “The Big Book of Granny,” a volume that the report described as containing “intense violence” beyond what most children would know to invent. Mental health professionals consulted by the report’s authors said a close review of the book would have indicated a need to refer him to a mental health professional. But there’s no evidence that there was any communication between his parents and the school about the book.

Later, in seventh grade, he wrote about battles, destruction and war, with a level of violence his teacher found disturbing and “so graphic that it could not be shared.” Again, there was no evidence his teacher explored the source of the violent content with Lanza or his parents.

While Lanza appeared to be positively developing, the book of granny suggests that by 10, “on some level, he was deeply troubled by feelings of rage, hate, and (at least unconscious) murderous impulses,” the report’s authors wrote. Still, they cautioned that nothing in those findings would predict that he would commit mass murder.

There were also signs that there was little coordination between the medical, mental health and educational systems that Lanza was part of.

Lanza’s pediatric medical records appeared to be lacking information about his mental health, including the report from the Yale Child Study Center that described a need for intervention. There was also no reference in the records to significant school problems, which the report said could have been a red flag of unaddressed developmental or mental health needs.

Lanza and his mother rejected many mental health services

Lanza’s family appeared to have access to medical and mental health care, but often rejected the recommendations of providers, in some cases because of Adam’s vehement resistance. The family also apparently declined educational services, including tutoring while he was homebound. 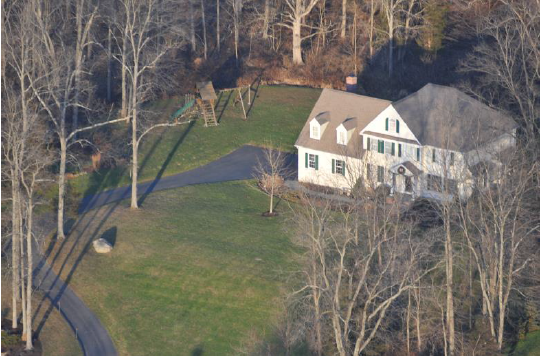 The Lanza home in Newtown

The report recommends the state department of education provide better oversight of homebound children to ensure they are getting the services they need.

When Adam was in eighth grade, his mother took him to the Danbury Hospital emergency department, saying he had trouble in school and in groups, and had exhibited repetitive behaviors that got worse. Hospital staff found him to be anxious, withdrawn, agitated, and overwhelmed by fear.

Although the hospital crisis team recommended therapeutic supports and additional psychiatric evaluation, Nancy Lanza declined, saying he would be better off at home and that he would be less anxious there.

The report raises questions about whether Lanza’s mother was too accommodating of her son, suggesting that her choices to shield him from distress led to decisions that ultimately hurt, including reducing his ability to benefit from contacts with peers and the outside world.

Dr. Julian Ford from UConn Health Center’s Center for Trauma Recovery and Juvenile Justice, who helped compile the report, told reporters that the problem wasn’t that his parents were in denial.

“They simply did not know what path to take” to help him, Ford said during a conference call Friday.

A psychiatrist at the Yale Child Study Center raised concerns that Lanza’s parents, in allowing him not to attend school, effectively attempted to adapt the world to him, rather than helping him adapt to the world, creating “a recipe for him to be a homebound recluse.” And the psychiatrist and a nurse practitioner indicated they thought Lanza was profoundly affected by anxiety and obsessive compulsive disorder, but thought he and his parents might not understand the depth of his disabilities.

The report also questioned whether providers involved with Lanza considered whether his parents needed assistance or lacked capacity to ensure that his needs were met. It questioned whether the Lanzas needed to be compelled into services, and whether a family of a different race or lower socioeconomic status would have gotten the same benefit of the doubt the Lanzas received. It suggests the need for developing models to use in the child protective system to ensure that families are involved with effective services.

“Unfortunately people didn’t get on the same page,” Eagan told reporters about the lack of a coordinated approach to serving Lanza’s needs. “It’s not the consent issue that is always the problem.” 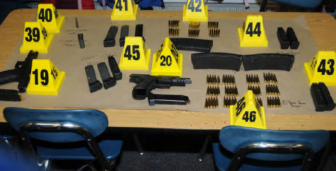 Weapons and ammunition found by police on Lanza after the shootings.

While the report did not focus on guns, it says that there is no question that his access to them was a significant problem.

“Our emphasis on [Adam’s] developmental trajectory and issues of mental illness should not be understood to mean that these issues were considered more important than access to these weapons or that we do not consider such access to be a critical public health issue,” the report states. “It is not clear that any measures were taken to curtail his access to guns. . . His parents, and certainly his mother, seemed unaware of any potential detrimental impact of providing unfettered access to firearms to their son.”