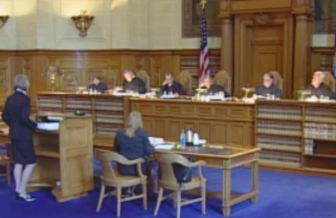 And the state’s watchdog agencies, which, like the Legislative and Judicial branches, are exempt from the governor’s emergency budget-cutting authority, have agreed to find the 1 percent in cuts Malloy asked of them to help close a small mid-year deficit.

After projecting a $100 million deficit in the general fund last month — a shortfall of about one-quarter of 1 percent — the governor’s budget office ordered $48 million in emergency cuts, focused largely on social service agencies and public colleges and universities.

But the administration also appealed to those segments of state government that are exempt from mandatory mid-year cuts to voluntarily forfeit about 1 percent of their resources.

“Tough decisions are necessary to keep the state on firm fiscal footing,” Office of Policy and Management Secretary Benjamin Barnes, Malloy’s budget chief, said when the request was made. “State government will live within its means, and we will not raise taxes.”

About $3 million in reductions will come from salary accounts, according to Tom Siconolfi, executive director of administrative services for the court system.

“Discretionary hiring and promotions are being curtailed,” he said.

Though some savings can be achieved by delaying hiring for some judicial marshal and juvenile detention system posts, Siconolfi said the branch is limited in this area by public safety concerns. That means much of the hiring restrictions will fall on vacant clerical and administrative support positions.

About $700,000 will be saved by delaying certain contracts with community-based social service providers who staff alternative incarceration programs. The public defenders’ office will lose about $640,000, and another $500,000 will come from the reserves of the probate courts.

The court system also will trim spending for leases and utility services.

Most of those savings also will be achieved by restricting hiring for legislative support services, the auditors of public accounts, and various advocacy commissions, according to James Tracy, director of the Office of Legislative Management.

The Office of Governmental Accountability, an umbrella agency that includes nine watchdog groups, was asked to provide just over $66,000 in savings.

The governor asked that the bulk of those savings be provided with a 1 percent cut in spending by each of the three major watchdogs: the Freedom of Information Commission, the State Elections Enforcement Commission, and the Office of State Ethics.

Gian-Carl Casa, spokesman for the governor’s budget office, said Tuesday that the FOIC had responded and indicated it would provide the cuts. Officials for the other two watchdogs said their agencies also were developing plans to provide the savings.