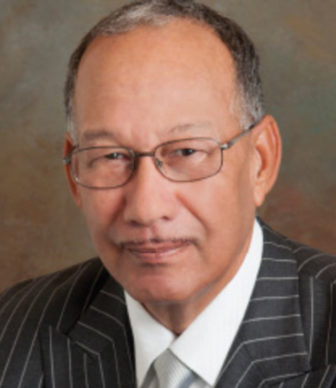 The state Department of Social Services continued providing Medicaid coverage to thousands of people for more than a year without checking whether they remained eligible, as is federally required, according to a contractor who recently left the department.

A DSS spokesman confirmed that there were about 12,000 cases in which the department did not complete reviews of renewal paperwork for Medicaid clients for more than a year. The federal government requires state Medicaid agencies to redetermine the eligibility of beneficiaries at least every 12 months.

Stanley Stewart, the contractor who until late last month headed the effort to replace DSS’ outdated eligibility system, said that in failing to check clients’ eligibility for more than a year and, in some cases, several years, the department was violating federal rules.

Asked whether the department agreed with Stewart’s characterization, DSS spokesman David Dearborn said, “I’m pretty sure we won’t be debating legalities with a disgruntled ex-contractor who was shown the door, but, in general, the department’s actions are done in good faith in a complex environment on behalf of low-income elders, children and adults with disabilities in the Medicaid program.”

Dearborn added that most clients in the group are either seniors or adults with disabilities whose income and household size tend to be stable, meaning they’re likely to remain eligible for Medicaid from year to year.

The cases were discovered this summer. In some cases, people receiving Medicaid coverage had not been asked to submit renewal information since 2008, said Stewart, who said he had planned to leave DSS before his contract expired because he wasn’t given the authority he sought. Commissioner Roderick L. Bremby told Stewart on Nov. 19 it was his last day.

It wasn’t clear how many of the clients should have remained in the Medicaid program or been cut off. Stewart said he had his staff review three of the cases and found that none would qualify for Medicaid. One man’s eligibility was slated to be renewed in September 2008, but “hadn’t been touched by anyone” until July 2014, Stewart wrote in an email to Bremby after he left the department. Although the case file contained no documentation for the past six years, Stewart said staff determined that the man was a state employee eligible for the state employee health plan, and that he and his wife had income of about $5,000 a month this year.

“We have no way of knowing if he ever used his Medicaid insurance,” Stewart wrote. “But he and his family had it for almost 6 years with no redetermination of eligibility.”

Covering medical care for all the clients who hadn’t had their eligibility checked could have cost the state and federal government millions of dollars, said Stewart, who previously held high-level positions at health and human service departments in Michigan and Texas.

While people who are eligible should receive benefits, Stewart said the issue was that states should follow federal rules.

Besides annual renewals, Dearborn said there are other ways to re-examine whether people still qualify for Medicaid, since clients are supposed to report to DSS changes in their income and household size, which could affect eligibility.

The department sent those clients redetermination forms in August and September, with most due in October and November, Dearborn said. He said Friday that he didn’t know how many of the clients were found to still qualify for Medicaid.

How did it happen?

Asked how the cases had gone for more than a year without having renewals completed, Dearborn cited three factors:

Dearborn said it was fair to assume that continuing clients’ eligibility was a way to avoid cutting off people because DSS didn’t have the capacity to handle their forms.

It was done “to prevent clients who had complied with our document submission timelines from being discontinued until we had the opportunity to complete a full review of eligibility,” he said.

Stewart said DSS still doesn’t have enough staff to do the work. And he said the agency has prioritized processing food stamp cases over handling Medicaid because of concerns about penalties from the federal agency that oversees the food stamp program.

DSS has faced scrutiny from the federal government for several years over its handling of the Supplemental Nutrition Assistance Program, or SNAP, the program formerly known as food stamps. Last month, the U.S. Department of Agriculture’s Food and Nutrition Service, which oversees the SNAP program, warned DSS that it might withhold $3.7 million in funds used to administer the program because of a backlog of overdue renewals and other documents.

In addition, the two programs work differently. For SNAP cases, a person must be found to remain eligible in the program — in a process that includes an interview — in order to have his or her benefits continued. But federal Medicaid regulations call for clients to be continued in the program unless they’re found to be ineligible (a separate regulation calls for the agency to redetermine eligibility every 12 months).

DSS has added more than 200 eligibility workers in recent years, but client advocates say more are needed. Among the concerns they’ve cited is long phone waits for clients trying to reach workers in the DSS call centers. In October, the average wait time for people trying to reach a worker by phone was 75 minutes. Of the 103,117 calls in which the caller wanted to speak to a worker, 69 percent ended with the caller hanging up before anyone answered.

Bremby has said that additional staffing wasn’t “in and of itself” the solution to the phone wait times. 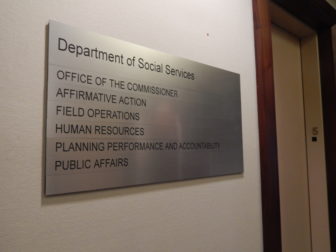 Concerns about staffing and prioritizing one program over another aren’t new. In May 2013, a DSS supervisor testified in a trial that it was hard to handle the volume of applications with the number of workers in her office. The plaintiffs in the case alleged that DSS didn’t employ enough workers to process Medicaid applications within federally required timeframes, and DSS eligibility supervisor Donna Velardi testified that the only thing keeping the New Haven regional office afloat was having overtime available to work on Medicaid and food stamp cases.

The testimony occurred before DSS made significant changes to how cases are handled, moving to digitized records and centralized call centers. But advocates say problems persist, particularly when it comes to trying to reach a worker.

Stewart was a contractor for the project to replace DSS’s outdated eligibility management system, a mainframe computer system that has complicated efforts to create a streamlined eligibility system involving both DSS and the state’s health insurance exchange, Access Health CT. Because of the current system, Medicaid applications submitted through the exchange must be processed manually to be entered into the DSS eligibility management system. Until that’s done, clients don’t receive Medicaid cards and don’t show up in the system health care providers use to verify coverage.

Dearborn said DSS is discussing having another contractor on the project, KPMG, take a larger role, and he said Stewart’s departure won’t affect the target date. But he said the department is “reassessing the project timeline and scope” because the federal government has extended the deadline for the state to receive a higher-than-usual level of federal reimbursement for the system’s operation and maintenance.

DSS and Stewart characterize the circumstances of his departure differently.

Both say Stewart had indicated that he wanted to leave before his contract was set to expire next year, but that Bremby accelerated the departure, telling Stewart on Nov. 19 that it was his last day.

In a resignation letter sent by email Nov. 22, Stewart said he had wanted to leave because Bremby would not give him more authority to implement the new computer system, a level of oversight he said he had in the other states where he had implemented new systems. He also cited concerns about how DSS was handling Medicaid renewals in his email to Bremby.

“I just totally disagree in the way they were managing the place,” he said in an interview.

Dearborn said DSS “let this contractor go.” “While he indicated he was planning to leave anyway at some point, the timeframe had to be accelerated for a number of reasons.”