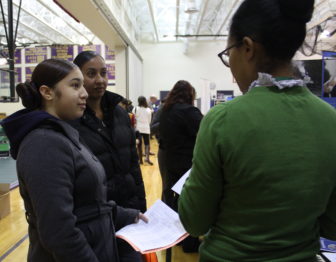 For many years, Jenifer Colon didn’t want to go to a magnet school.

Her family decided years ago that since she spoke very limited English, it made sense for her to go to a neighborhood Hartford Public School to learn the language before entering the lottery for a chance to attend a magnet school with a specialized learning theme.

“They are not really focused on English language learning students,” the eighth grader from Puerto Rico said of her perception of the dozens of magnet schools in the region.

Jenifer has been one of the thousands of students living in Hartford who, year-after-year, do not try to leave under-performing neighborhood schools despite a robust menu of choices.

Just one in four students in Grades 3 through 7 attending Hartford schools entered the lottery for a seat at a regional magnet or a suburban public school last school year, according to a recent study by Trinity College.

And while families gave the Mirror several reasons they remain in city schools, a new study shows major disparities in which types of students enter the lottery and which do not.

“Participation is not random. I can tell you the patterns of who applies,” said Jack Dougherty, an associate professor of educational studies at Trinity College and co-author of the research study, “Who Chooses in Hartford?”

Among the nearly 6,700 city students in Grades 3 through 7 who were eligible to apply last school year, the families of students who spoke limited English or had special education needs, such as those with learning disabilities, were significantly less likely to. Children who lived in areas of the city where more people own their homes or had higher than average household income were more likely to enter the lottery.

For example, 14 percent of students like Jenifer, who speak limited English,  applied, compared to 23 percent of English-speaking students.

The options available to city students came about after the Connecticut Supreme Court ordered the state in 1996 to eliminate the educational inequities caused by Hartford’s segregated schools.

And while almost half of city students now attend school in a “reduced isolated setting,” where no more than 75 percent of the students are members of a minority group, thousands never enter the lottery.

Why they choose (or don’t)?

On a cold November Saturday, hundreds of parents and their children waited outside a local magnet school for the doors to open for the first school-choice fair of the year. 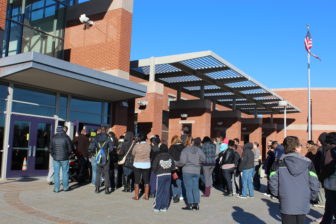 “I can see a huge difference,” he said about the improvement he saw his daughter make after attending a magnet school in Hartford last year. “The teachers, they return emails. They follow up. This is much better . . . I would like [my children] to get a career like me.”

State data show that Hartford students who attend an integrated magnet school, or a suburban school through the Open Choice program, significantly outperform on state standardized tests those who attend neighborhood schools run by the Hartford Public School system.

This has led many parents to be thankful that they have the option to enroll their children in another school. Last school year, 19,833 students from Hartford and the towns surrounding the capital city applied to leave their neighborhood schools to attend a regional magnet school. Nearly 3,400 Hartford students applied to attend a suburban school. Some 6,624 students accepted seats.

But other parents aren’t impressed with the options.

Sasha Rosa said she is not interested in sending her three children to magnet schools outside of Hartford.

“It’s too far. I don’t have a vehicle. I am a single mom,” she said, pointing out that the local magnet schools she has tried to get her children into in previous years were full. “There is no hope whatsoever. I have been trying for four years. I am almost ready to give up.”

Advocates of the magnet schools also report the application process to enter the lottery may be discouraging parents from participating.

“Anyone who has gone though the school choice process in Hartford knows that the system is complicated,” the Sheff Movement, which advocates for school choice, reported in August. There are various lotteries applicants must enter, depending on which school they hope to get into.

“The more complicated the system appears to be, the more likely it is to deter parents who have less time or who are less experienced at dealing with complex forms. This could have the effect of leaving many children behind.”

The organization recommends the application process be more transparent so parents understand what factors give their child a better chance of winning a seat, such as living in the desired school’s attendance zone. (See school-by-school acceptance rates here). 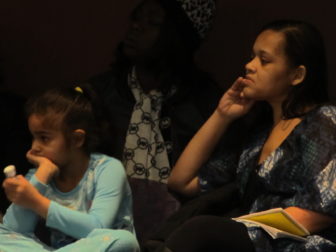 “There needs to be more targeted and technical assistance,” said Martha Stone, the attorney for the plaintiffs in the desegregation lawsuit. Applying “needs to get simplified.”

The state does host 25 events between November and February to help families fill out their applications. (See times and locations here.)

“They are definitely underrepresented,” said Stone.

Dougherty of Trinity said there also has been concern that students’ applications have been removed from the lottery because their paperwork wasn’t filled out correctly or their address could not be verified.

“There are families who get removed from the lottery,” he said. “How many kids applied that didn’t make it into the computer lottery?”

A spokeswoman for the Regional School Choice Office (RSCO) run by the Connecticut Department of Education said that only duplicate applications or students who move out of state are removed from the lottery, and the department does not verify the residency of applicants.

The department was unable to say how many applications were not entered into the lottery, except to say, “It is very rare that an applicant becomes ineligible. Staff work diligently with families so that the student remains eligible for the lottery.”

Homeless shelters, hospitals and farmer’s markets are just some of the places the state’s school choice office has sent staff to inform parents about their school choice options.

“Some of those folks may be the harder to reach people,” said Glen Peterson, the director of choice office.

“We really feel strongly that we want to make these opportunities available to each and every child, not just parents that are well connected and savvy,” he said. 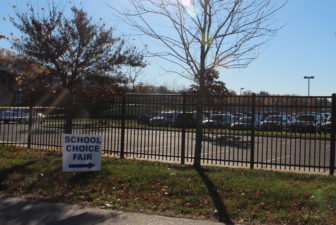 The state also spends $350,000 each year to advertise the lottery bi-lingually, an amount that has remained almost the same from year to year.

When it comes to perceptions like Jenifer’s — that magnet schools are not focused on students who speak limited English — Peterson said the schools provide the same level of language services that local traditional public schools provide.

State and federal laws are clear that students with special needs receive instruction tailored to helping them learn along with their peers.

“These are the requirements. We follow them,” said Peterson. “There are support systems in place in each school.”

The choice office does not have any formal agreements with the state agency responsible for children in foster care to ensure more students enter the lottery, but Peterson said his office does “talk with social workers on many occasions” about the opportunities.

“There’s nothing nefarious going on. We want more kids to apply and get the opportunity,” he said.

A decision not to apply

Lashawn Robinson has made the decision to send her five children to schools in Hartford. She wants schools in her community to thrive.

“When are we going to fix our schools?” she asked the State Board of Education earlier this month. “We cannot wait anymore.”

Jenifer — the eighth grader who has since learned English after moving from Puerto Rico years ago — has changed her mind and has now decided she no longer wants to attend her local city school.

She said the gangs and violence in her school have led her to decide for the first time to try to go to a magnet school next year.

“I hope I get in. I want to avoid going [to my local school] because of all the violence,” she said.