Looney promises to look out for Maynard’s towns 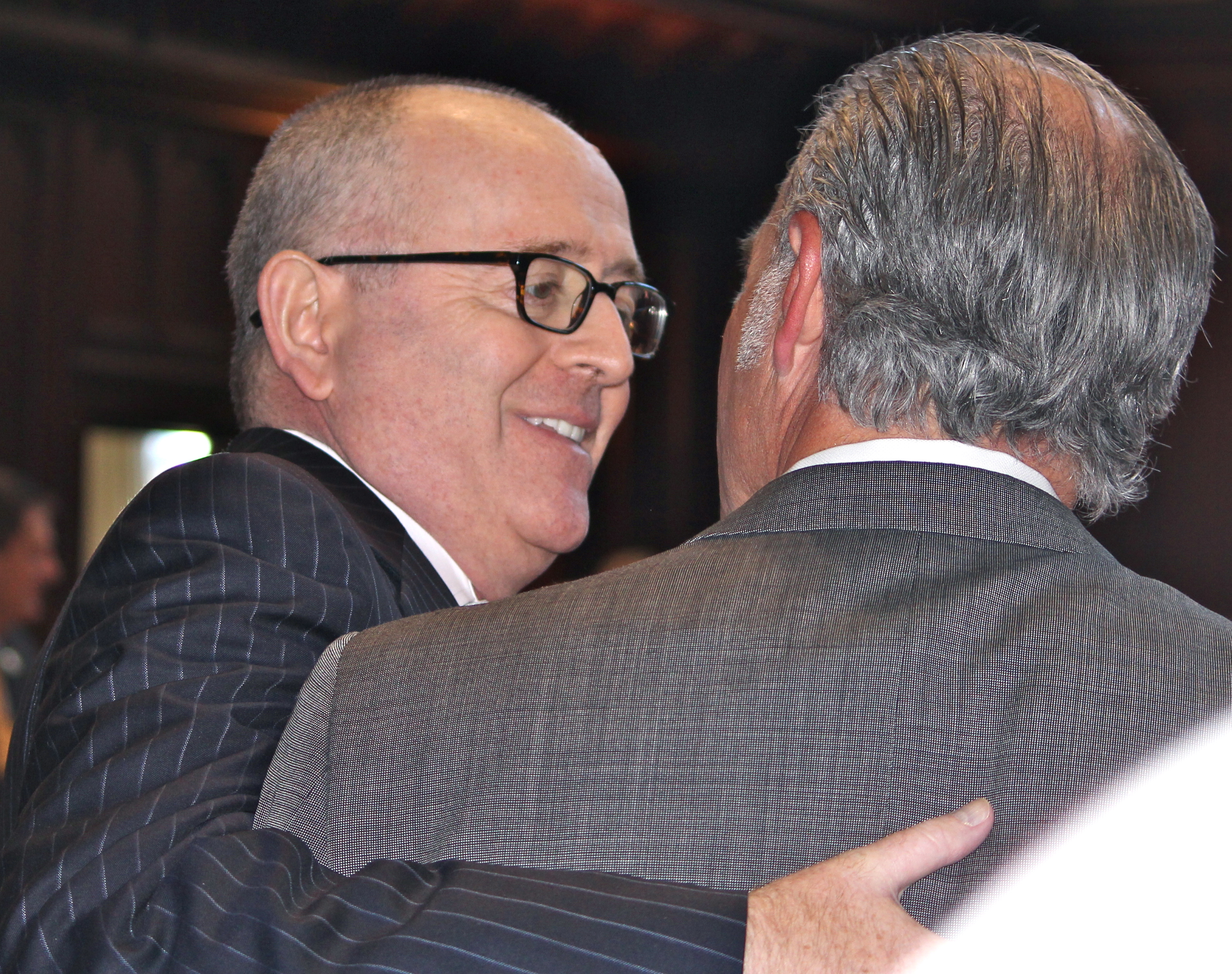 Senate President Pro Tem Martin Looney met Monday in Groton with municipal officials from the 18th Senate District, promising to represent them while their senator, Andrew Maynard, continues to recover from a traumatic brain injury.

Maynard, 52, a Democrat from Stonington, surprised many colleagues by walking into the Senate chamber on the session’s opening day last week, but it remains uncertain when he can fully resume his duties, Looney said.

Looney, the top leader of the Senate, said he and Sen. Cathy Osten, D-Sprague, whose district is adjacent to Maynard’s, offered themselves as contacts for any issue or problem arising during Maynard’s convalescence.

“We just thought it would be a good idea to take the initiative to meet with them,” Looney said.

Maynard represents a district that often feels distant from Hartford. It is composed of eight communities on or near the Rhode Island border: Groton, Stonington, North Stonington, Preston, Griswold, Voluntown, Plainfield and Sterling.

Maynard tumbled down an exterior stairway while moving furniture in July. He was re-elected despite being unable to campaign, but he faced questions about his ability to represent the district.

“We met with him on the Saturday before the session, and he told us of his intention to come on opening day,” Looney said.

Maynard has regained his mobility, but the accident has left him with aphasia: He can understand others, but has trouble speaking. He continues to work with speech and occupational therapists.

Looney said the pace of Maynard’s recovery has been a surprise, given the seriousness of his injuries. A portion of Maynard’s skull was temporarily removed until swelling subsidided.

On a visit to see Maynard at the Hospital for Special Care in New Britain late last year, Looney expected to find Maynard confined to his room. Instead, Maynard walked to meet him in a waiting area.

At the Capitol on Wednesday, Maynard did not speak to reporters, but Looney and others said he clearly understood his colleagues. His family says his right arm remains weak, but he had no trouble shaking hands as he exited the building.

Maynard is the co-chair of the Transportation Committee, whose profile was raised by Gov. Dannel P. Malloy’s intention to make transportation infrastructure a major issue in 2015.