With enrollment declining in many schools across the state, several members of the State Board of Education predict they will soon see more requests from local districts to combine into a regional school district.

On Wednesday, a committee of the state board got just such a request.

The towns of Norfolk and Colebrook — which currently have fewer than 10 students in some grades — are asking the state board to approve their plan to merge their elementary schools. The towns now have 194 students in grades K through 6, and estimate they will have a 16 percent decline over the next 10 years. 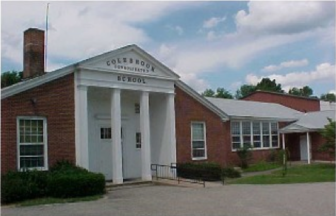 The towns currently share a high school and middle school, so the elementary school merger would complete the regionalization of the two towns’ schools.

“It will be a bitter pill to swallow,” said Jeanne Jones, chairwoman of the Colebrook Board of Education and leader of the panel asking the state for permission to merge. But, she said, a classroom with so few students is “stultifying” and does not provide for a good educational experience.

Colebrook Elementary School would close if the merger is approved. Students would attend Botelle School in Norfolk.

Because the merger is expected to save the districts $5.2 million over the next 10 years, the state board is considering exempting the district from a requirement that forbids districts to cut spending from one year to the next. Such an exemption would require legislative approval.

Districts are allowed to make only minor cuts if enrollment falls.

The U.S. Department of Education reports that Connecticut public school enrollment dropped by 23,000 students between 2004 and 2011, and it estimates a decrease of another 7,000 students over the next 10 years — an overall decline of 5 percent.

“I think we are going to start seeing more of this…I am sure this is the tip of the iceberg,” said Terry Jones, from Shelton. “I think this is a whole new frontier.”

“We are in an age of consolidation,” said Joseph Vrabely Jr. of Glastonbury.

To encourage such consolidations, the state offers increased reimbursement for districts that provide regional educational services.

If the state board approves the Colebrook, Norfolk merger at a future meeting, the change would then need to be approved by voters in each town.

The last regional district that was created in Connecticut was in 1987.