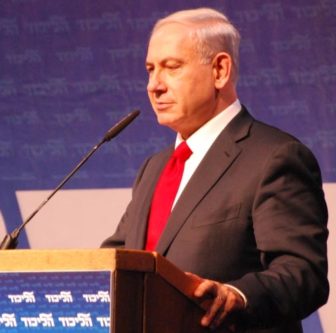 Sen. Richard Blumenthal said he had not yet decided whether to attend, and two members of the delegation did not respond to inquiries.

“I plan to attend the upcoming speech as a matter of courtesy and respect for the long commitment of the United States to our greatest ally in the Middle East, Israel,” said Rep. John Larson, D-1st District. “However, I am deeply troubled and concerned by the obvious politicizing and timing of this visit and the apparent attempt to drive a political wedge of discord where there should be unity.”

The invitation has caused a furor in Washington, leading to much criticism of Boehner. The House Speaker acted independently of the White House or the State Department, a move that was seen by the White House as a violation of protocol, an attempt to prompt lawmakers to impose new sanctions on Iran, and an attempt to force a rapprochement between Obama and Netanyahu that could help the Israeli prime minister’s re-election.

House Minority Leader Nancy Pelosi  said the event, planned for March 3 — two weeks before Israeli elections — was “politicized” and she hoped it would not take place.

Some Democrats have vowed to boycott the event, and Pelosi predicted others may discover “diary clashes.”

On Friday, Vice President Joe Biden, who usually presides over joint sessions of Congress, said he was a victim of one of those clashes and could not attend the event because of an unspecified trip abroad.

But through their spokespeople, Reps. Rosa DeLauro, D-3rd District, and Elizabeth Esty, D-5th District, said they planned to go to Netanyahu’s speech, which is expected to center on the dangers of Iran’s nuclear capabilities.

Sen. Richard Blumenthal, D-Conn., said he had not made up his mind whether he’d attend the speech.

“I certainly have respect for the head of the state of Israel and out of that respect I could go,” Blumenthal said. “But the invitation and the acceptance were very unfortunately done.”

Rep. Jim Himes, D-4th District, said he will attend the speech because he did not want to make the situation worse.

“Although I am troubled by the profound disrespect that Speaker Boehner has shown the President and the blatant politicization of the U.S.-Israel relationship, I am unlikely to compound that disrespect by snubbing the elected leader of a close ally,” Himes said.

Sen. Chris Murphy, D-Conn., and Rep. Joe Courtney, D-2nd District, did not respond to queries about their plans for the speech. An aide to Murphy said the senator was unavailable because he is on a trip to Munich, Germany, as part of a congressional delegation.

Israeli Ambassador Ron Dermer and Knesset Speaker Yuli Edelstein rushed to meetings on Capitol Hill on Wednesday, trying to calm angry Democrats and quell the planned boycott of Netanyahu’s speech. They were unsuccessful.

Meanwhile, a senior Israeli official suggested on Friday that Netanyahu had been misled into thinking an invitation to address the U.S. Congress was fully supported by the Democrats.