5 Things to watch for in Gov. Malloy’s new budget

Editor’s note: Once a month The Mirror answers five questions about a key element of the state budget process. Today’s story looks at some key issues Gov. Dannel P. Malloy must address in his next biennial budget plan, which is due to the legislature on Feb. 18. 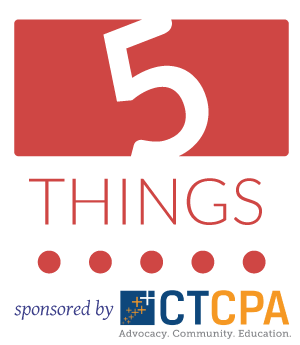 The governor says he won’t raise taxes in his new budget, but his message went much further on the campaign trail last fall. Both he and his Republican challenger, Tom Foley, pledged a variety of tax cuts.

In fact, over the last two years, Malloy has signed over $220 million in tax breaks into law – none of which take effect until later this year. And that was despite projections from nonpartisan analysts that this only would worsen projections for a post-election deficit.

Who’s scheduled to get a tax cut this year? Retired teachers, consumers, the working poor and businesses (who’ve already watched a promised break in the corporation tax delayed once, from 2013 to 2015).

Malloy added to this list on the campaign trail, promising another $40 million in tax cuts for individuals with student loan debt and for urban businesses that add jobs.

But with nonpartisan analysts projecting a hole in state finances next year that’s five times the size of all these tax cuts combined, the administration already has conceded at least some are almost certain to be delayed.

And if the governor seeks deep cuts to social services, health care and education — to avoid raising taxes — it might be politically difficult to give any group a tax break while others sacrifice in these areas.

2) Will we put it on the credit card?

Before he won his first term for governor in 2010, Malloy promised repeatedly he would break with past practice of financing operating expenses with bonding.

But as new deficits popped up in 2013 and 2014, the governor and legislature approved borrowing for municipal aid increases, stem cell research, pollution abatement programs and other items normally paid for with operating cash.

Malloy and lawmakers also effectively used hundreds of millions of dollars in proceeds from bonds sold at higher, premium rates to bolster the operating budget.

Perhaps the most controversial use of Connecticut’s credit card, though, involved refinancing the state’s 2009 operating debt.

The governor and legislature took about $200 million in debt payments owed in 2013-14 and again in 2014-15 out of their respective budgets. Those delayed payments, plus interest, will return in the new budget – unless they are deferred and refinanced again.

The administration’s budget director, Benjamin Barnes, wouldn’t rule out another round of refinancing.

Malloy and the legislature not only shielded municipal aid from spending cuts when they closed a record-setting state budget deficit four years ago, they also modestly increased education aid and gave communities their first cut of state sales tax receipts.

But the revenue-sharing ended after two years and state officials put the last few grant program increases on the credit card as they tried to postpone dealing with budget deficits until after the 2014 gubernatorial election.

With big deficits projected for each of the next two years, can cities and towns at least expect as much aid in the new budget as they are getting now?

Malloy told local leaders on the campaign trail last fall that they would be shielded again. But at the Connecticut Council of Small Towns’ annual meeting in Cromwell last month, the governor wasn’t making any promises.

“We have to wrestle with the budget,” Malloy said. “Don’t make any new commitments, I’ll tell you that.”

The University of Connecticut, the state university system and the community colleges all took a huge fiscal hit when state officials closed a deficit of historic proportions in 2011, and the schools responded with big tuition and fee hikes.

And higher education’s needs and its financial support from the state again appear to be moving in the opposite direction.

For example, tuition and fees at UConn already will be 30 percent higher next year than they were in 2011. University officials estimated last summer that they would need a 13 percent increase in state aid to maintain current services.

But Malloy already has trimmed 2 percent off the block grant lawmakers approved for UConn’s main campus in Storrs this year to help close a small shortfall in state finances.

And a much larger state budget deficit is projected for next year.

5) Nothing left for a rainy day?

During his first term, Malloy repeatedly bemoaned the fact that his predecessor, M. Jodi Rell, and the 2009-10 legislature exhausted a $1.4 billion budget reserve. That left Malloy with no Rainy Day Fund to cushion state finances as Connecticut slowly recovered from The Great Recession.

Malloy and lawmakers have rebuilt a small reserve of $519 million – equal to just under 3 percent of annual operating costs.

But with deficits topping $1.3 billion next fiscal year and $1.4 billion in 2016-17, will the governor also look to empty the state’s piggy bank to help close the deficits left over from his first term?

On Feb. 23, the next edition of The Mirror’s “Behind The Numbers” podcast will examine the governor’s biennial budget.