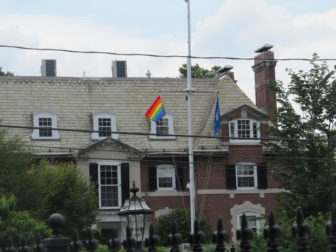 Malloy signed an executive order barring state-funded travel to Indiana, which could affect UConn basketball, unless it repeals a religious freedom law that has been widely characterized as a license to discriminate against gays and lesbians.

“There is no way to interpret what is happening in Indiana over the last several months as anything other than the desire to establish a legal form of discrimination, period,” Malloy said.

The governor said he hoped his order would strengthen the resolve of the NCAA, which has already joined a chorus of institutions denouncing the new law. It conceivably could keep the UConn women’s basketball team from next year’s Final Four, now scheduled for Indianapolis.

“No one should be forced to go to a state for a tournament where they are likely to be discriminated against,” Malloy said.

Malloy is a long-time supporter of gay rights who successfully pushed for passage of a transgender rights law. In 2013, he celebrated the demise of the Defense of Marriage Act by flying the gay pride flag over the executive residence in Hartford.

But in Pence, Malloy also is targeting a conservative Republican who is considering seeking the GOP nomination for president next year – if he does not seek re-election as governor.

Pence has compared the Indiana religious freedom law to laws passed by Congress and more than a dozen states, including Connecticut.

But the Indiana law is substantively different from other religious freedom laws, both in content and context.

Indiana’s law was passed in response to a court decision legalizing gay marriage, and it allows individuals to assert a right to discriminate for religious reasons — even if those reasons are not a central tenet of their religion.

The other laws were passed a dozen years ago in response to a U.S. Supreme Court decision that raised the legal bar for individuals who complained that their religious practices came into conflict with employment rules or local, state or federal laws.

In 1993, President Clinton signed the federal Religious Freedom Restoration Act, which reinforced that governmental entities must show a compelling public interest when they impinge on religious practices, such as the wearing of beards or headgear. 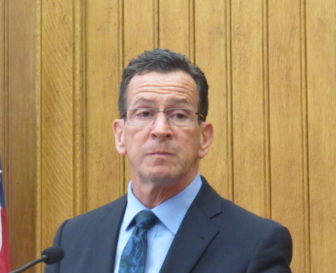 The laws have been used by Native Americans to assert their right to use eagle feathers in rituals, despite a ban on possession of the feathers. Others have won the right to grow beards or wear religious emblems in the workplace or in prisons.

The Connecticut law was passed the same year on a unanimous vote in the state Senate and a 147-1 vote in the House, where the only dissenter was Rep. Michael Jarjura, D-Waterbury. Jarjura said he feared the law would empower “fringe” religions.

At the heart of the Connecticut version are these passages: “The state or any political subdivision of the state may burden a person’s exercise of religion only if it demonstrates that application of the burden to the person (1) is in furtherance of a compelling governmental interest, and (2) is the least restrictive means of furthering that compelling governmental interest.”

Two years earlier, Connecticut passed one of the nation’s earliest laws barring discrimination in housing and employment on the basis of sexual orientation.

Critics say Indiana’s law is far broader. It creates an affirmative defense for individuals who are accused of violating civil rights laws.