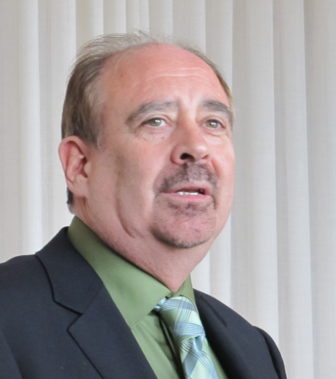 New casinos in New York and Massachusetts will siphon $703 million in annual revenue from Connecticut’s two tribal casinos by 2019, costing 9,300 residents their jobs and state government $100 million in slots revenue, according to an industry study.

MGM Springfield, the nearest of the coming new competitors, alone will depress gross gambling revenues by 18.9 percent at Mohegan Sun and 24.6 percent at Foxwoods Resorts Casino for a combined annual loss of $329.5 million.

Those are among the conclusions of a study released Monday by the Mohegan and Mashantucket Pequot tribal nations as part of their lobbying for permission to jointly open a third casino in the I-91 corridor north of Hartford.

But the study by Clyde W. Barrow, a political scientist who has studied the region’s casino industry for nearly 20 years, made clear that a third casino to compete with Springfield would stem only a portion of the revenue and job losses.

A new casino situated to intercept gamblers on the way to Springfield might diminish the losses in jobs and revenue by 40 percent, Barrow said. About $253 million of lost revenue is gambled by Connecticut residents.

“In other words, this is certainly money that is in play and is available to be captured or recaptured by a potential satellite facility,” Barrow said.

But no matter what the state does, there will be no return to the boom years of the 1990s, he said.

“You won’t have the astronomical growth you saw in the early days of gaming,” Barrow said. “Atlantic City and Connecticut, that was the game. Las Vegas was it in the west. Now, you have 40 states with casinos.”

Still, Barrow said, the new casinos are expected to draw new customers to the industry, as well as take market share from Connecticut. Since the end of the recession in 2009, gambling revenue in the Northeast has grown by $2.5 billion.

MGM Springfield is projecting about half its revenue will come from new gamblers, drawn by the convenience of a casino. But the other half will come from drawing business away from Mohegan Sun and Foxwoods in eastern Connecticut.

Legislation before the General Assembly would allow the tribes to expand off their reservations for the first time. The bill would authorize up to three casinos, but the tribes’ only immediate plan is for a facility to compete with Springfield.

Gov. Dannel P. Malloy reiterated Monday he has no position on the legislation.

Barrow was introduced by the tribal chairmen of the Mohegans and Pequots, Kevin P. Brown and Rodney Butler. They said they hoped to discuss the study with Malloy.

Barrow said a fourth casino in southwest Connecticut could draw back some of the gambling business already lost to electronic gaming halls in Yonkers and Queens, which offer slots but no table games. 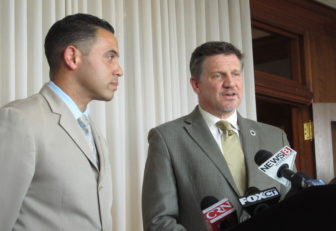 Tribal chairmen on the same page: Rodney Butler of the Mashantucket Pequots and Kevin P. Brown of the Mohegans.

But Barrow said the far bigger impact on Connecticut will come from two casino resorts in Massachusetts, the MGM Springfield just over the state line and the Wynn Everett, north of Boston.

Barrow, who began to study the casino industry as a professor at the University of Massachusetts-Dartmouth, said his study was produced without input from the tribes. The findings are consistent with his previous studies, he said.

Connecticut has a partnership with the two tribal casinos: In return for allowing slots, the two tribes share 25 percent of their gross revenue from slot machines. From a high of $430 million, slots revenue paid to the state fell to $279 million last year — and Barrows says it could fall by another $100 million.

The job losses projected by Barrows include 5,800 casino jobs, 1,890 jobs with suppliers and 1,600 indirect jobs. He called his estimates conservative.

“This is really the rock-bottom, best-case scenario one could anticipate,” he said.