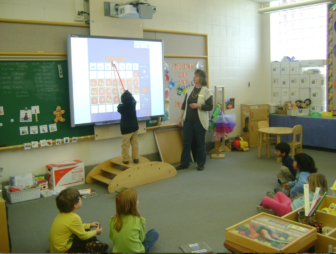 The number of students from poor families attending suburban schools in Connecticut is rising.

“If we keep underfunding communities that have growing poverty, it won’t be long before their schools fall behind,” said state Sen. Beth Bye, the senate chairmen of the legislature’s powerful budget-writing committee.

Last week, the Appropriations Committee approved a budget that increases education funding to suburban districts — including East Granby, Newtown, Orange and Simsbury — and provides no increases to the schools in the state’s largest cities.

“This approach would benefit those towns that are, for the most part, relatively better off during extremely tough fiscal times, requiring the state to either appropriate $15 million more in [education] funding to the detriment of other state funded programs or decrease [education] funding to other towns in order to fund these towns,” Ben Barnes, the governor’s budget director, testified earlier this month.

The state’s education funding system was set up to direct state money to communities that have less ability to raise local revenue and more high-need students. But non-partisan fiscal analysts report that the program overall is underfunded by $622.7 million dollars this fiscal year, causing 17 mostly suburban towns to receive less than half of what the formula says they are owed.

The Appropriations Committee budget will guarantee those districts get 55 percent of what the formula says they deserve. West Hartford will see the largest increase, with a $2.7 million boost in state education aid over the next two years. 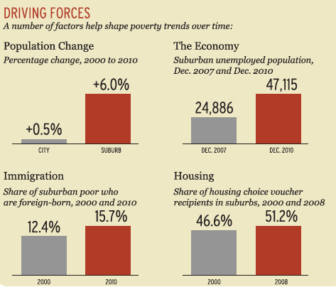 Changes in Hartford and the surrounding suburban cities.

When state funding for education increased over the last several years, the non-partisan analysts report, it went almost entirely to help the city schools, which are the lowest-achieving and have much higher concentrations of poverty.

“It feels like we have to wait for our schools to fail before we give them help,” Bye said during an interview. “I don’t resent Hartford, New Haven and Bridgeport for getting more funding. But poverty has grown in the suburbs. This is about addressing that.”

“I am starting to believe we are penalized because we are successful,” Scott Slifka, the mayor of West Hartford, recently told state legislators. The Connecticut State Department of Education reports West Hartford has some of the highest-performing schools in the state, despite increasing student poverty. Eleven percent of its students require special education services and 20 percent do not speak English as their primary language.

Poverty has grown about twice as fast in the suburbs of Hartford and New Haven as in those cities, the Brookings Institution reports. Statewide, the number of people in poverty in Connecticut’s suburbs increased by nearly 40,000 between 2000 and 2011.

“Connecticut’s student body is composed of more low-income students than ever before,” the Connecticut State Department of Education reported last month.

Connecticut’s schools enrolled 52,000 more students that qualified for free- or reduced-price school meals over the last 10 years. Most of that growth has been in suburban schools.

For example, in Shelton, a suburb near Bridgeport, one in 10 students qualified for free- or reduced-price school meals a decade ago. Today, one in five students qualify.

The increases in poverty often mean the growth in student need has outpaced towns’ ability to raise taxes to pay for them. Connecticut relies more on local revenue to pay for education than nearly every state, reports the U.S. Department of Education.

“We have to forego many necessary infrastructure, maintenance and improvements to our schools,” Melissa Schlag, the Haddam first selectman recently told the legislature’s budget-writing committee. “I know you will do the right thing and move to fix the broken [school funding] system this year.” 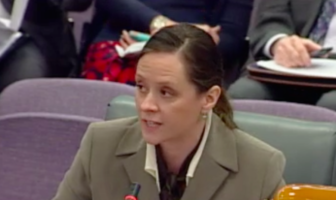 “We have to forego many necessary infrastructure, maintenance and improvements to our schools,” says Haddam First Selectman Melissa Schlag.

If the legislature approves the current proposal, state education aid for Haddam would increase by almost $218,000 over the next two years, a 9 percent increase.

The move to increase state funding to some of the state’s wealthier communities is puzzling to some city leaders, whose schools enroll hundreds more students from poor families.

“While I am very, very sympathetic to [those districts], I would just ask you to keep in mind what is happening in the city of Waterbury,” Waterbury Mayor Neil O’Leary told the committee members.

In dollar terms, Waterbury tops the list as the most underfunded district, with state funding falling $53.7 million short of what the formula calculates the city needs. But because the city receives 71 percent of what the formula requires, state funding for Waterbury would not increase over the next two years under the Appropriations Committee budget. 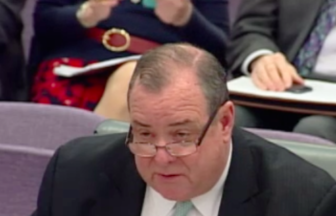 “I would just ask you to keep in mind what is happening in the city of Waterbury,” Mayor Neil O’Leary tells the Appropriations Committee

The budgets proposed by Republican legislators and Malloy, a Democrat, would not increase education aid for any municipality. Malloy’s budget cuts millions in state funding for city schools.

During Malloy’s first four years in office, state funding for education has increased by nearly $150 million a year. More than 90 percent of that increase went to help city schools pay for longer school days, early childcare programs and other programs to improve education.

Bye said its time the suburban schools also receive some help. “We need a plan to fix how we fund education. We need the courage to do it. This is a small fix,” Bye said.