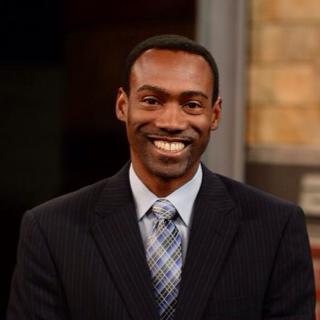 A white suburban police officer’s questioning of ESPN analyst Doug Glanville for what was quickly and memorably labeled as “shoveling while black” in his Hartford driveway led the Connecticut House to a pass a bill Tuesday barring police from crossing city lines to enforce local ordinances.

On a 109-to-38 vote, the House passed and sent to the Senate a bill that the Connecticut Police Chiefs Association opposed as redundant, saying officers already face sanctions if they cross city lines to enforce a local ordinance. It is an assessment that the bill’s sponsor, Rep. Matt Ritter, D-Hartford, did not dispute.

Ritter, who lives two doors from Glanville, said his bill was intended as a well-timed public statement about police overreach and racial presumption — and as a balm to a friend and their outraged neighbors.

Glanville and Ritter live in Hartford’s West End, a well-to-do neighborhood of Victorian and Tudor homes, where many residents are hard-wired for political activism and civic engagement.

Glanville’s encounter in February 2014 with a rookie police officer, who was investigating a complaint about a man accused of harassing an elderly woman, went viral after he wrote a first-person piece for the Atlantic entitled, “I Was Racially Profiled in My Own Driveway.”

Before details of the encounter bounced around the web, propelled in part by Glanville’s status as a former major league ballplayer whose post-baseball career includes writing for the New York Times and commenting for ESPN, it ripped through the West End.

“Doug just got detained by West Hartford Police in front of our house while shoveling our driveway, questioning him about asking to be paid for shoveling,” she wrote. “The officer left when Doug told him that it was his house. There were several other people on our street out in front of their houses shoveling snow at the same time. None of them were stopped for questioning. Just wanted to vent to someone whom we know cares and would be equally outraged.”

Ritter reacted as she anticipated. He was not alone.

It seemed that a white police officer jumped to the assumption that a black man shoveling snow in the West End was hired help. In his piece in the Atlantic, Glanville described the officer as approaching him without introduction or explanation, “So, you trying to make a few extra bucks, shoveling people’s driveways around here?”

Glanville replied that the home was his, and the officer left. “He offered no apology, just an empty encouragement to enjoy my shoveling,” Glanville wrote. “And then he was gone.”

It was widely reported — incorrectly, according to the police — that the young officer was aggressively pursuing a complaint about a black man who had been shoveling at homes in West Hartford without a permit.

The town has an ordinance requiring anyone selling goods or services door-to-door to register with police.

Tracey Gove, the chief of police in West Hartford, apologized to Glanville for his officer’s failing to explain why he had asked Glanville if he had been shoveling for money. At issue, Gove said, was not shoveling without a permit.

The chief said Tuesday that the officer was investigating a complaint from a woman about a man who agreed to clear snow at her house, then left without finishing the job or asking for pay. The man, who was black, returned late at night, frightening her by banging on the door and yelling for payment.

The next day, a woman in the neighborhood told the officer she might have seen the man walking into Hartford and turning right, apparently onto Glanville’s street. Gove said Glanville was not detained, nor did the officer demand to see identification.

“Another officer found the suspect. The person had a lengthy criminal history,” Gove said. “He was told, ‘Please don’t bother her again.’ No enforcement action was taken.”

In written testimony submitted in support of Ritter’s bill, Glanville said he considered the matter unresolved. He did not accept the explanation from Gove or other West Hartford officials.

“I have not heard any satisfactory nor consistent positions from leaders about the jurisdictional aspect of my incident, which led me to seek other expertise,” Glanville wrote.

Gove said Tuesday his officer erred that day, but the bill passed by the House would not have made a difference. The officer was not enforcing a local ordinance, he was trying to find a man who behaved in a threatening manner to an elderly woman.

The police chiefs association made the same point in its testimony.

“The emotional enactment of legislation in response to an isolated incident is not good policy and does not provide stakeholders the opportunity to explore the many implications of such a change,” the association said.

Two of the three House members from West Hartford, all Democrats, supported the bill. They are Reps. Andrew Fleischmann and Brian Becker.

Ritter, whose uncle, John Ritter, once represented West Hartford in the House, said he was not looking to embarrass the suburb.

“I love West Hartford,” he said. “In light of everything that’s going on nationally, it was a good time to have this discussion.”