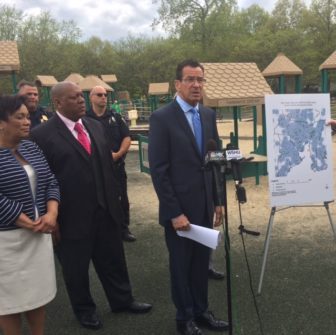 Lost in the imbroglio over whether Gov. Dannel P. Malloy really blames racism for GOP opposition to his sentencing reforms was that the legislation already had stalled in the General Assembly for a more conventional reason: Democrats see the issue as politically dangerous.

A number of the legislature’s Republican minority have attacked the governor’s “Second Chance Society” as soft on crime, rattling Democrats who saw their majorities shrink last year in both legislative chambers.

Other Republicans have made press statements claiming incorrectly that the bill would slash penalties for drug dealing, prompting the Malloy administration to email legislators with answers to “frequently asked questions” about his plan. Democrats see the GOP criticism as harbingers of campaign mailers attacking reform supporters as soft on crime.

“This is the kind of vote that shows up in campaign mailers for those who might support what I think is the right policy,” said House Speaker J. Brendan Sharkey, D-Hamden. “That causes a lot of members to pause.”

Rep. Themis Klarides, R-Derby, the leader of a GOP minority that has grown from 37 to 64 members since 2010, says the Democrats’ concerns are well-founded, especially as they apply to Malloy’s proposal to lessen penalties for drug possession in so-called school zones.

“It’s a huge political issue,” Klarides said. “It’s not something your typical person is going to feel a lot of compassion for. I think their answer is, ‘Don’t possess drugs. Then you don’t have to worry about it.’ ”

The school zones, where simple drug possession carries a two-year mandatory minimum sentence, are misnomers. Spreading 1,500 feet from the property line of every school, day care and public housing complex, they cover nearly every home in Bridgeport, New Haven and Hartford.

One consequence is that drug possession in the cities, where the majority of the state’s minorities live, subjects more city residents to stiffer penalties than those who live in many suburban neighborhoods. The NAACP, urban legislators and Malloy say the law creates a racial disparity.

Or, as Malloy said Wednesday, prompting a GOP protest, “To treat those folks differently because they live in those communities is patently unfair and, if not racist in intent, is racist in its outcome.”

The comment prompted a five-hour shutdown of the House by Republicans and an extraordinary rebuke of the Democratic governor from House Democratic leaders. A bill already in trouble now teetered toward radioactive.

Malloy made no apologies. 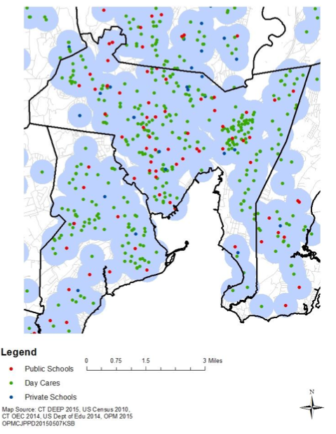 “I think race is a hard issue to talk about for a lot of people, not for me, but for a lot of people,” Malloy said Friday. “When you look at the disparate impact on people who live in certain communities, where the majority of people living in those communities are black, I feel an obligation to raise that issue. I know that makes people uncomfortable, but it doesn’t make me uncomfortable.”

What Bloomberg news described this week as “the incredible bipartisan, kumbaya moment for criminal justice reform” is passing by Connecticut.

Connecticut Republicans are not following conservatives such as former Texas Gov. Rick Perry, who urges policy makers to follow “the successful example of Texas” and “eliminate our incarceration epidemic.”

They also are at odds with the Yankee Institute for Public Policy, a conservative think tank that offered the legislature public-hearing testimony supporting Malloy’s “efforts to reduce the number of people we send to jail in our state — as long as violent offenders are excluded.”

Suzanne Bates, the group’s policy director, told legislators, “We send too many people to jail in this country.”

Democrats like Malloy, Hillary Clinton and Joe Biden are now on the same page as the Koch brothers and a growing list of GOP presidential contenders, including Sens. Marco Rubio of Florida, Rand Paul of Kentucky, Ted Cruz of Texas and Gov. Scott Walker of Wisconsin.

“We just can’t be tough on crime. We have to be smart on crime,” Malloy said. “That means doubling down on what works. Criminal justice should not be some lifelong punishment or personal stigma. Offenders should be held accountable, and there should be punishment, but punishment for non-violent offenses should not last a lifetime. It doesn’t make any sense.”

The bill is now before the Senate, where leaders say they do not have a head count. Legislators say even if the Senate has the votes to pass the bill, it is likely to wait for assurances from Sharkey that it also can pass in the House.

“I personally support it, but I also know that there are members of my caucus who are concerned about it, not so much because of the policy behind it, but because of the politics,” Sharkey said. “Unfortunately, this is one of those cases when what may be good policy that has been adopted around the country is being compromised by the over-politicization of an issue.”

Democrats say the Republicans gave them a preview last fall of how they would exploit sentencing reform.

Two years ago, Democrats on the legislature’s Education Committee voted for a bill to shrink the school zones from 1,500 to 200 feet. It never came to a vote in either chamber, but the GOP pounced on Democrats who voted for the measure in committee.

“The Republicans did use that vote in the Education Committee two years ago to pummel, pummel – and you can quote me on that word – pummel certain of our members,” Sharkey said.

“What parent wants illegal drugs near their child’s school? John Hampton does!” says a mailer attacking Rep. John Hampton, a Democrat who represents suburban Simsbury. “Drug deals continue to threaten the safety and security of our community. Why would John Hampton vote to allow them closer to our children’s schools?”

Rep. Michelle Cook, D-Torrington, who also voted for the bill in committee, was chided for favoring “urban concerns over Torrington sensibilities.”

Klarides, who represents portions of the New Haven suburbs of Derby, Orange and Woodbridge, says the divide on the issue is “urban-suburban,” not racial. Suburban voters see no reason to lessen the penalties for drug possession in school zones.

“Hey, listen. I get it. I get their position,” Klarides said of legislators who want sentencing reform. “My position, especially as a legislator who has a suburban area and a caucus that is largely suburban, you’ve got to say to yourself, ‘How about just don’t have the drugs? Don’t possess the drugs?’ ”

“I understand the other side. I really do. I’m not saying it’s the craziest thing I ever heard,” she said. “But you have to be very careful.”