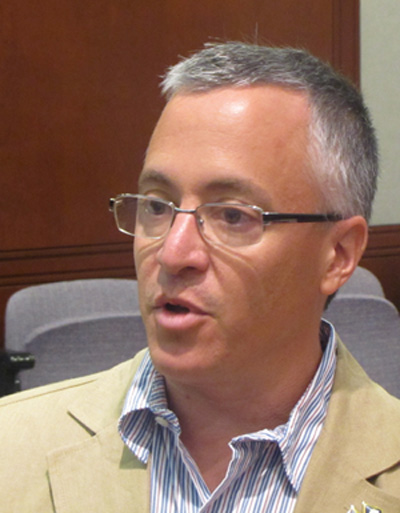 The Republican minority in the House of Representatives used a debate on a health care proposal that would require employee unions’ approval to offer a budget-related amendment.

The GOP measure, which House Democrats rejected in an 81-61 vote along party lines, specifically took aim at the 2011 concessions deal Malloy negotiated with state unions — and more than $250 million in promised annual savings that it failed to deliver.

According to nonpartisan analysts, state finances — unless adjusted — face built-in deficits topping $1.4 billion next fiscal year and $1.5 billion in 2016-17.

“The first step we should be doing is getting our own house in order,” said Rep. Vincent J. Candelora, R-North Branford, who introduced the amendment.

Minority Republicans in the House and Senate have insisted since late April that officials could avoid most proposals to raise tax revenue or cut social services by insisting upon more from state workers.

Their proposal centered on the 2011 concessions package Malloy reached with the unions. That deal, which included a two-year wage freeze, new restrictions on retirement and health benefits and an employee wellness program, secured more savings than any other package in recent history.

But it also fell $253 million short of the $900 million-per-year in savings the administration touted it would reach upon full implementation in 2012-13, according to the legislature’s nonpartisan Office of Fiscal Analysis.

Perhaps the most controversial aspect of the plan was an administration assertion that it and the unions would find $90 million per year in general savings through a host of efficiency ideas.

To complete this task, a labor-management panel was formed, which critics called “the suggestion box.” The panel met once, elected co-chairmen, and did not meet again. And while labor and administration officials insist the group did work informally to find savings, neither has produced any documentation showing specific ideas or related savings.

Republican legislators charged four years ago that this “suggestion box” was a ploy designed only to exaggerate the value of workers’ concessions.

“The promised savings were not delivered,” Candelora said.

Malloy and Democratic legislative leaders have countered that the Republicans call for concessions this year isn’t realistic. Union leaders have said that workers, who also agreed to concessions in 2009, aren’t interested in a third round of givebacks in six years.

“We continually go back to the same well, to our hard-working state employees,” said House Majority Leader Joe Aresimowicz, D-Berlin, who added that Republicans should have saved their amendment for when the budget bill, once negotiated, is presented in the House.